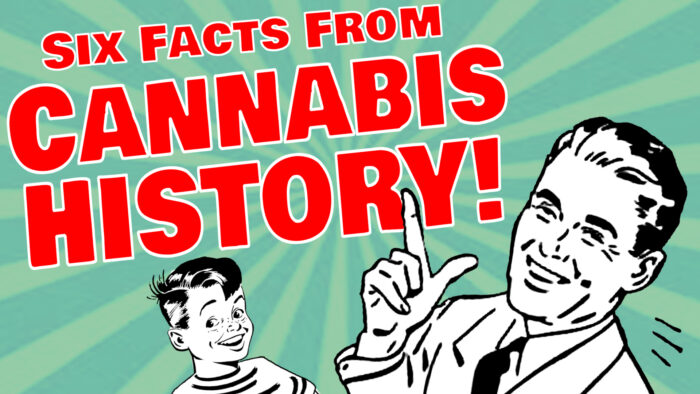 America turns 2019 years old today, and in those years, history has held some of its finest moments. We all remember the time when America brought peace to the savage man. Ronald Reagan, the founder of America, brought forth everything we hold so dear today. Reagan gave us:

And much more. We went and spread our freedoms to every nation in the world through peashful means. With that said, America has had some evil history as well. I’m of course talking about… REEFER HISTORY.

That’s right! We have six horrifiterriblfying facts from reefer history! Want to hear them? I didn’t think so, but I’m telling you anyway! Let’s dive right into them.

Let’s begin by letting you down slowly. We don’t want to explain the horrifying facts about reefer just yet. Let’s start with something happier. I love happy. In 1936, the masterpiece film, which some may refer to as proper gander, Reefer Madness debuteded. It described a handful of unfortunate high schoolers as they dared to try some reefer, only to descend into madness. They killed people, stole, set people’s clocks back instead of forward, did not practice abstinence, and they died from reefer overdose.

Now some commie critics today have criticized this film, saying that nothing about the film was true. Everything in the film was based on research as poor as your aunt who shares anything on Facebook that agrees with her worldview. However, we say that’s hogwash. To us, you need to lie and cause mass hysteria if you want to keep the populace happier in the end. Even if that means spreading disinformation saying that a harmless herb is the devil’s lettuce. We are 100 quadrillion dollars in debt with Chinapankoreastan; we need the money and what better way to make some dough than throwing away “innocent” people who had the herb on them?

A year later, in 1937, the government decided to arrest those who dared to harvest this evil herb by arrest them. Samuel Caldwell was one of the first to be arrested. This evil man was locked up in jail for four years and charged $1,000. In today’s money, that is over $17 grand. That’s more than what potheads make in a year as they flip burgers and get my order wrong. I wanted a Diet Coke! Not a regular one.

In 1971, one of our brave founders, Richard “Dick” Nixon declared a war on drugs. Tricky Dick realized the evilness of marijuana and decided that it needed to end no matter who got thrown in jail. Dicky Dick’s war continues to this day because the devil doesn’t want us to win. This is one part of reefer history we love.

Some cucks say that the war on drugs is meaningless, has cost the USA over $51 billion anually, and has just caused non-violent people to be thrown in jail. We say that if they didn’t want to go to jail, they should have followed the laws that we created to target them!

Others say that the amount we spend fighting drugs could be spent on more productive measures, like ending war hungry. We say that we have bigger fish to fry. Also, if you’re so hungry, get yourself a combo meal at Mickey D’s.

In 1976, some evil art student named Danny Finegood changed the Hollywood sign to read Hollyweed. I know that Hollywood is filled with some of the most vile liberal cucks around, but this is just blatant. This was because at the time, Commiefornia had relaxed marijuana laws because of course. What’s next? Mount Kushmore? The Hoover Amsterdam? The Washington Monument turned into a giant blunt instead of the proud phallic symbol it’s known for?

Danny died at 52 in 2007, probably after injecting one too many bong hits. However, his legacy of turning Hollywood into Hollyweed lives on, especially since Commiefornia now has legalized weed. Ick.

In 1996, Commiefornia took it another step further. This is a state known for their freaks that us scientitians can’t identify. The ‘90s should have been a wholesome time, but instead those Commies passed an act to allow cannabis for medical use. They claimed this is a victory for state’s rights and tge rights of marijuana users. They said that marijuana has medical benefits and people should be allowed to smoke it.

I say that God needs to finally send that great earthquake that detaches Commiefornia from the rest of the country. The state should float right into the pacific garbage patch where it can live with fellow trash heaps. That’s a part of reefer history that does need to happen.

On October 2018, the worse in reefer history happened. Canada dared to show that they are even worse than Commiefornia. They already have ridiculous policies like a healthcare system that isn’t going to put you hundreds of thousands in debt and being overly polite. Now, they took it one step further by allowing nationwide legalization of marijuana. The next time you go to Canadaland, you may die from inhaling pot fumes. Do not go to Canada even if your life depended on it.

America needs to invade Canada and put an end to those hockey loving hellions. Some may say that invading Canada is pure imperialism, but they are wrong. Nothing America does is imperialist. Canada is not even a nation; they are simply America’s fuzzy cap, after all. We need to turn it into America’s baseball cap!

We hope this brief dive into reefer history has made you feel uncomfortable. Those potheads are winning, sonny. Here’s hoping the ghost of Ronald Nixon comes and gives our nation hope. We need less blunts and more beers. We need less pipes and more pill bottles. Together, we can put an end to this reefer madness.

Women in Cannabis like Alison Gordon are Shaping the Industry