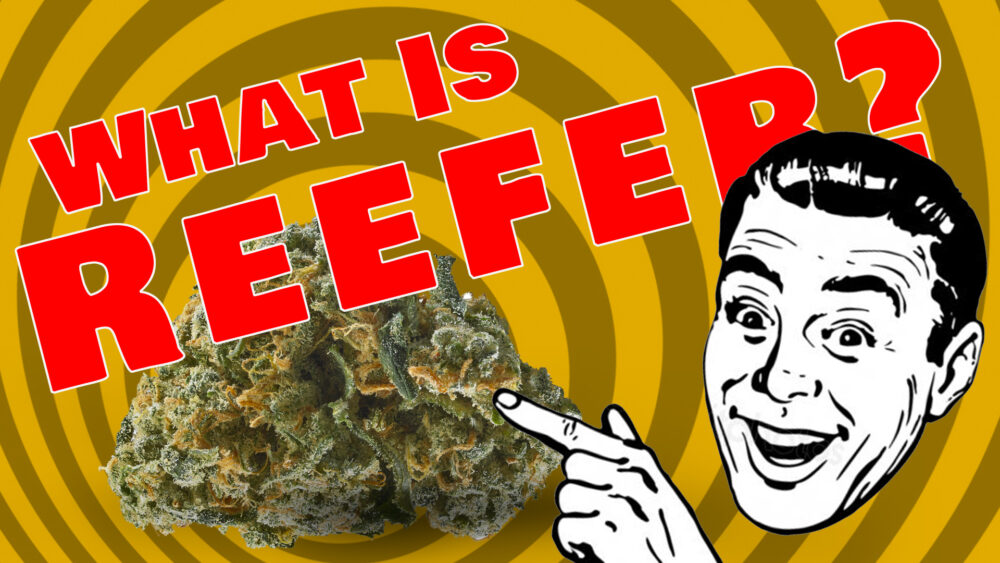 Reefer Madness Returns – What is Reefer? – Why Is It Evil?

In 1936, a film made by a group of God-fearing Americans was made. It went under many names, such as Tell Your Children, The Burning Question, Dope Addict, Doped Youth, and Love Madness. However, most people know it as Reefer Madness. Ladies and germs, I am pleased to announce that Reefer Madness Returns! What is reefer? Why is it a travesty? Lets find out!

You see, Little Timmy, Reefer Madness was not just a cautionary tale, but it was a prophecy about the dangers of marijuanananahanha. It showed the youths of America trying out the dope. By the way, Timmy, it’s called dope because you should say nope.

After trying the dope, the youths go mad. They kill, steal, commit degenerate acts, and then die because of the power of the pot. It is indeed the devil’s lettuce.

But then, something horrible happened. Instead of turning away from the marinara like good little boys and girls, the youth started laughing at it. They acted like everything in the film was untrue and just pure propaganda designed to scare away people from trying this herb of hell. It was mocked, ridiculed, and became a cult film. The cult part is emphasized especially. I could see those pot sniffers drinking some THC-laced Kool-Aid and dying.

Reefer Madness has returned, and it has grown stronger than ever. Now, the potheads of the earth have been trying to lift the ban that we worked so hard to create. We thought throwing those evil potheads in jail would turn them into good upstanding citizens, and make the prison industry some change as well, but it didn’t work! We tried warning kids with our hip anti-drug programs telling kids that smoking a blunt leads to a life of crime, but they didn’t listen. What’s it going to take? Now, married Juana is taking over!

We must fight back, little Timmy. Let me explain what cannabis is.

Reefer Madness Returns: So what is it?

Cannabis is a psychoactive (that means bad) drug that comes from the can of fish plant. Some people claim to use it for medicine, but the only thing it can treat is your sane American values. What gives cannibals its evil is THC, short from tetrishydracannball. THC gets you high.

If you want to avoid cannabis, you must learn it’s many names. These include:

This is just a partial list of names. Cannabis can be put into your body and ruin it in many ways. These include:

No matter what way these degenerates inject their drugs, it has the same effect: it gets you high. Side effects of being high include:

Luckily, Little Timmy, there are ways you can achieve an altered state of consciousness that are perfectly legal. For example, you can try alcohol. This is a drink so pure that our Lord and Savior Jesus Christ has wine for blood. It can get you happy as well and make you dance to music. Even though it can also make you violent, drive recklessly, and possibly die.

Well, Timmy, that concludes our lesson. Everyone is saying how marijuana is safer than alcohol, how you can’t die from it, and how it can bring revenue to our country, but don’t be alarmed. This is propaganda straight from the potheads. How these lazy stoners could even form a cogent argument is beyond me. If you want an honest look at marijuana, watch Reefer Madness and obey our great police force as they lock you up to protect you from yourself. Don’t let those potheads win. Share this article with the entire world and let’s make pot illegal again.