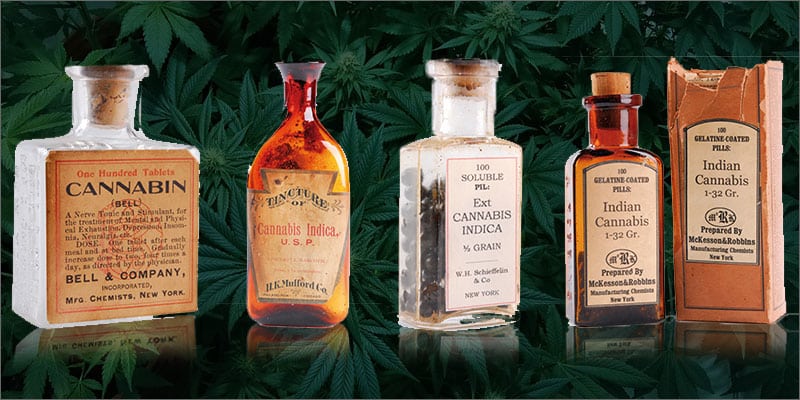 So, this is about appreciating marijuana throughout history. Taking a look at the history of medical cannabis use gives some perspective on what we are doing with it today. More importantly, how we are doing it. These are only 10 of the many ancient uses for medical cannabis.

One of the first medical uses of cannabis was as an anesthetic. The Chinese, as early as the year 140, were the first people to use it for its anesthetic properties. In addition, they crushed it into a powder, mixed it with wine, and administered it before surgery. Also, it was used as an antibiotic. Namely, now we know that isolated cannabis compounds successfully kill viruses cultivated in labs, during the studies conducted on medical cannabis, however, back then people didn’t have labs but they simply knew these miraculous properties of cannabis. For instance, methicillin-resistant Staphylococcus aureus (MRSA) is a strain of antibiotic-resistant bacteria that cause staph infections.

The Ancient Egyptians used cannabis and applied it as suppositories for treatment of hemorrhoids. It was mainly used to treat the pain because of its physical properties. And now with THC infused creams and topicals, the modern world can move forward to help treatments.

In India, cannabis was used for a plethora of medicinal and spiritual purposes. It ranged anywhere from nausea and diarrhea, from headaches to insomnia. But the Indians were using cannabis quite frequently to relieve the pain of childbirth! Marijuana is targetted for pain. And what is more painful than childbirth?

The Ancient Greeks were using cannabis to treat the sores and wounds that their horses came into contact with during their battles and journeys. They would rub dry cannabis leaves or make a salve and apply it to the wound for faster and better healing. Now you can do this with topical its by Lotus Medicinals or Miss Envy.

Early laboratory research on both cannabis resin and isolated cannabis compounds have discovered that many of the herb’s chemical constituents prevent the growth of species of some potentially pathogenic fungi. Are you a traveler? Well, you may come home with worms, and now here is a way to heal it!

Using cannabis to treat epilepsy has just become more popular in recent times. And in fact, people are fighting for the rights to treat their epileptic children with cannabis. But this is actually an ancient anti-epilepsy medication that began with the Arabs. It was a popular way to treat epilepsy in the medieval Islamic world.

Today, there is research on epilepsy as some the most advanced regarding the medical uses of cannabis. Already, at least one pharmaceutical company has presented positive phase 3 data that cannabis compounds effectively reduce seizures in intractable epilepsy.

The Ancient Greeks also used to use cannabis to treat inflammation, both internal and external. For inflammation on the skin, they would steep the seeds in warm water or wine. Later, they would take the warm, potent extract and apply it to inflamed areas, especially in the ears.

Ok, this is probably one of the more unexpected ancient uses of medical cannabis, but it came from the Chinese. Cannabis once played an enormous role in Chinese medicine. Furthermore, almost every part of the plant was used for some kind of medicine. The oil of the cannabis plant was used to treat hair that was falling out.

Ancient folks knew how to effectively relieve nausea and vomiting by applying the plant to people who experienced these ailments. In today’s world cannabis is already famous for its ability to ease nausea and vomiting. While excessive, chronic, and protracted cannabis consumption may trigger nausea in some people, the opposite occurs in appropriate doses. So dosing and balance are key. Animal research suggests that cannabis compounds reduce both nausea behaviors and vomiting.

Back then, people didn’t know of anorexia or any other health problems connected to a certain way of eating but people did suffer from not having a healthy appetite. This is when cannabis came into play and helped them with healthy appetite stimulation.

By now, the cannabis plant has developed a strong reputation as an appetite stimulator. However, the phenomenon commonly known as “the munchies” may be useful in the medical setting. Patients with chronic disease and emotional distress often struggle to maintain appetite, which can have a negative impact on the overall nutritional status and increase the long-term risk of disease. And while some of the active components of cannabis may suppress appetite, at least two are known to have the opposite effect. These two cannabinoids are THC and its breakdown product, cannabinol (CBN). THC is the compound responsible for the intoxicating effects of cannabis.

People throughout the years have always experienced Gastrointestinal Disorders of any kind whether it was from external factors like poisoning or any other internally induced ailments like celiac disease, irritable bowel syndrome, Crohn’s Disease, and other irritable bowel diseases.

The way cannabis compounds engage the GI tract give the herb promise in the dietary and medical treatment of conditions.

Sleep is one of the most common reasons consumers take an interest in medical cannabis.

While more research is needed to determine exactly how and why cannabis impacts sleep, evidence from as early as 1973 has found that the herb helps human consumers fall asleep faster and potentially stay asleep longer. However, beyond the researching and the lab studies we have today, people in the past knew some of the best cannabis strains that they needed to use in order to help someone with their distorted sleeping patterns or insomnia. Some of those strains are still used today, and many are even improved in order to bring stronger, more solid effects.

We now know that cannabis is way safer to use than any opioids on the market. People in the ancient times knew quite a lot about the analgesic properties of cannabis and used the plant quite widely for all sorts of pain-induced sensations. In fact, the analgesic properties of cannabis were quite famous. Its effects are thought to be especially useful for chronic pain, which can be very difficult to treat.

Today, surveys have found that the herb is a preferred choice among patients with medical cannabis authorizations, who chose the herb over prescription painkillers with more severe side effects. It’s time both medical professionals and policymakers to consider cannabis as a safer alternative to opioids.