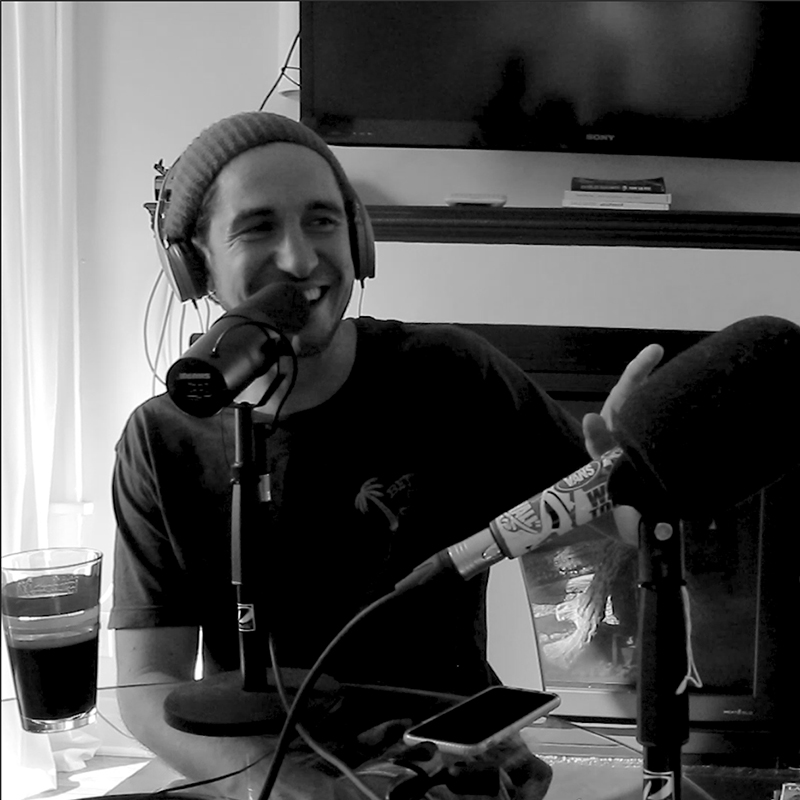 This session of Get Into The Weeds features Gianni Luminati, from the Canadian-born pop group Walk Off The Earth. They touch on a bunch of topics from how he began using cannabis, how the band found their way into fame and

Gianni Luminati: Background of the Guest

Gianni is one of the core members of Walk Off The Earth coming hot out of Burlington, Ontario. With the band being officially formed in 2006, they found their big break in 2012 after some music videos of theirs went viral, most notable their 5 man one guitar cover of Somebody I Used To Know by Gotye.

Now donned with a shiny multi-platinum status and having helped direct countless videos and even more songs, Gianni links up once again with his longtime friends Ben and Bubba. In current days Gianni continues to tour with the band, write songs, direct videos, and just explore life in general.

Back in 2010/2011 the group had played in Warped Tour to no success. After enjoying a humble period of moderate publicity, Gianni once decided to create a music video using the camera on his now-primitive iPhone 3G. A video of five people playing the same guitar is what brought them mass publicity.

They didn’t think of the video as anything special, however within a few days after uploading it, it had amassed millions of views. Back in 2012 YouTube days, that was a pretty significant number.

When it comes to the topic of cannabis, Gianni didn’t realize at first how it helps as a creative tool when he began smoking around 16 years old, though it did help he mentioned. However, he prefers to write down a lot of the his songs sober rather than stoned, though abstract concepts like videos ideas and such he mentions that cannabis does help.

SEE RELATED ARTICLE  ConspiracyFiles The Earth Is A Rectangle

The podcast wraps up and ends with the crew discussing crossing Canadian internal borders with cannabis and how the process of applying for a medical card works. Spoiler alert: It’s really easy and worth it!

1:15 – Introduction and quick discussion about the location of this episodes recording.

8:45 – A drum cover of Eleanor Rigby being his first successful video.

10:00 – When Gianni began using cannabis and the entertaining story behind getting caught.

14:20 – The relationship between cannabis and his music career.

16:00 – How cannabis relates to a different perspective of social conscience and self-reflection.

21:30 – Describing the social atmosphere around cannabis in the mid 90’s.

25:20 – How the band treats cannabis now and how his usage habits changed as he got older.

26:50 – How the global atmosphere is changing in regards to cannabis.

29:10 – A close call experience involving Gianni, ¼ lb of weed and being pulled over.

33:40 – The longest and greatest laughing fit we’ve ever come across on the show starts here.

35:00 – An attempt on preventing Ben from dying of laughter, literally.

36:45 – Border troubles even for legal cannabis holders and CBD.

40:00 – How to become a legal cannabis patient in Canada.

If you’re keen on checking out of few of the groups best hits, check out the songs Rule The World, Summer Vibe, and the one that started it all, the 5 people playing 1 guitar in a cover of Gotye’s Somebody I Used To Know.

To follow the rest of the cast, check out Ben and Cubby’s social media links below, and head on over to the Mass Nerder Podcast for the best comic and gaming podcast, in conjunction with cannabis! Of course, follow the Get Into The Weeds podcast on IG too for the latest info!

SEE RELATED ARTICLE  Reefer Madness Returns - What is Reefer? - Why Is It Evil?
Related Topics:
Up Next