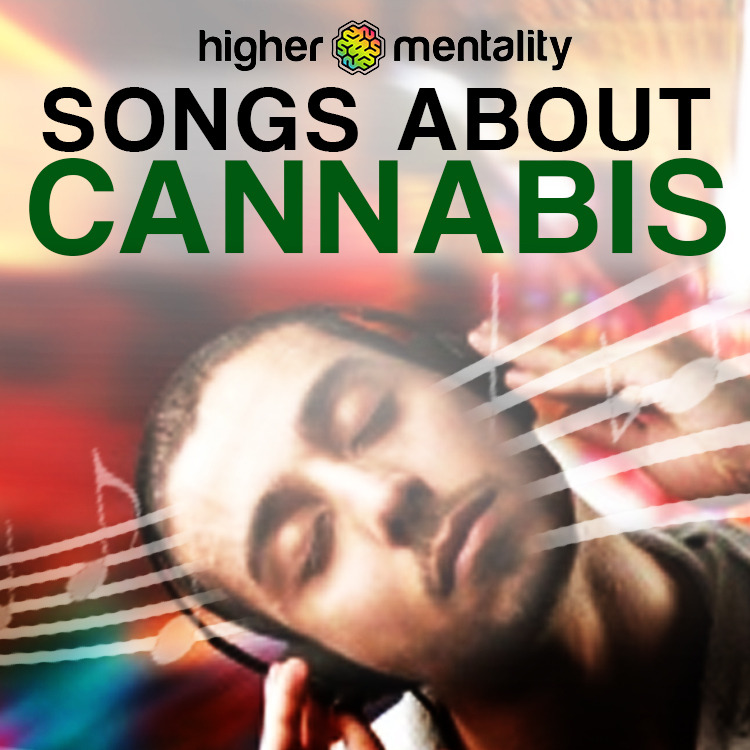 Songs About Cannabis: The Best Tracks to Rock Out to!

Ever since the 1960s, and even before that, artists have written songs about their experiences with mind-altering substances. Some have been negative, such as Metallica’s Master of Puppets, which talks about the deadly effects of hard drugs. Others have been more mixed, such as alcohol. There are plenty of songs about having a good time while drunk, while there are songs about how it can be destructive. However, when it comes to weed, it’s hard to find a song condemning the leaf unless you are listening to that anti-drug speaker who comes to your school and tries to rap to sound hip.

So in this article, we are looking at the maddest marijuana music, the coolest cannabis classics, and the raddest reefer rock as we look at some songs about weed.

Many classic rocks songs are about weed, but many of them are written in ways where one could make the case the song is about something else, or the artist claims that the song isn’t about weed.

This song directly is about weed. When you first listen, you hear a loop of someone coughing, and then the sludgy rocking riffs begin. The track clearly talks about the band’s experience with weed. The name “Sweet Leaf” comes from a brand of cigarettes, but the lyrics are clearly talking about marijuana. Ozzy Osbourne says that “soon the world will love you, sweet leaf,” predicting marijuana’s normalization. Let’s hope that marijuana is federally legal in Ozzy’s lifetime. It almost wasn’t thanks to that flu.

Mary Jane is one of the most clever euphemisms for marijuana when you think about it. To someone who is unaware of cannabis, it sounds like you’re naming someone you love. Maybe you’re a big fan of Spider-Man’s girlfriend. But to a toker, they know exactly what you’re talking about. This song is the ultimate personification of getting high. Just read these lyrics: “And when I’m feeling low, She comes as no surprise. Turns me on with her love.” Clearly talking about the mood-boosting power of marijuana.

When you think of reggae in the 1970s, particular from a member of the Wailers, you think of Bob Marley. He is the number one symbol of marijuana in the reggae department. However, Peter Tosh’s 1978 song perhaps has it beat. This song bluntly calls for the legalization of marijuana decades before the idea was popular. He talks about its medical benefits, saying “It’s good for the flu/Good for asthma/Good for tuberculosis/Even umara composis.” He was indeed ahead of his time, and it’s a shame he didn’t live to see Jamaica’s eventual decriminalization of marijuana in 2015 and them slowly opening the doors to legalizing it.

Snoop Dogg breathes more marijuana smoke than oxygen. That’s his brand, and he’s been a valuable person in the fight for marijuana legalization. He’s made many songs about smoking, but our favorite has to be his classic track from his Doggy Dogg days. The chorus of the song talks about smoking indo, a type of Indonesian weed. It’s been an anthem for laid-back parties for almost 25 years now, and will be for many more. Get yourself some indo, sip on some gin and juice, and feel laid back.

When you think of country artists and weed, you typically think of Willie Nelson. You may not think of Toby Keith, who is typically associated with drinking songs. However, Keith has had a few songs about weed, particularly his track he sung during Nelson’s 70th birthday. The song details what happens when you try to keep up with a marijuana legend. “My party’s all over before it begins,” Keith says as the marijuana knocks him out fast. Toby Keith may be great with the alcohol, but one sip of Willie’s weed and he’s down for the count.

Songs About Cannabis: Travis Meyer-Devil Went Down to Jamaica

The Devil Went Down to Georgia is one of the best country songs of all times, so what happens when you turn it into a stoner’s anthem? You get this! In this version, the Devil and Johnny are competing to see who has the most potent weed. The devil has “’got the kind of stuff they smoked in Vietnam,” but Johnny has the grass that will kick your ass.

This song is commonly misattributed to David Allen Coe, who made his fair share of outlaw, edgy country, but it’s not by him. It’s also misattributed to “Weird Al” Yankovic, despite the singer sounding nothing like Al and not to mention Weird Al wouldn’t really talk about getting high. It’s a funny parody you’re going to love.

Songs About Cannabis: Cypress Hill- Hits from the Bong

Cypress Hill was best known for being insane in the membrane, but they have some pretty iconic songs about weed as well. This song talks about the bong, a favorite amongst many weed smokers. The bong the band is smoking is a powerful bong. To quote them, their “double barrel bong is gettin’ me stoned.” It’s one song to fire up whenever you’re smoking one up.

Songs About Cannabis: Afroman–Because I Got High

Finally, we end things off with this track. The premise is simple: Afroman has missed out on school, court, paying his tickets, and doing even simple life tasks for one reason and one reason only: “Because I got high.” It’s a humorous track that reminds us of what happens when you’re smoking a good blunt. It’s going to knock you out. Of course, you should still commit to life no matter whether you get high or not.

This is just a small sampling of songs about weed. Music definitely helped to normalize weed and helped get some people to legalize it. As marijuana becomes more legal, we may see even more tracks. We have too many drinking anthems as is; we need more weed anthems. Fire up these tracks as you get fried.