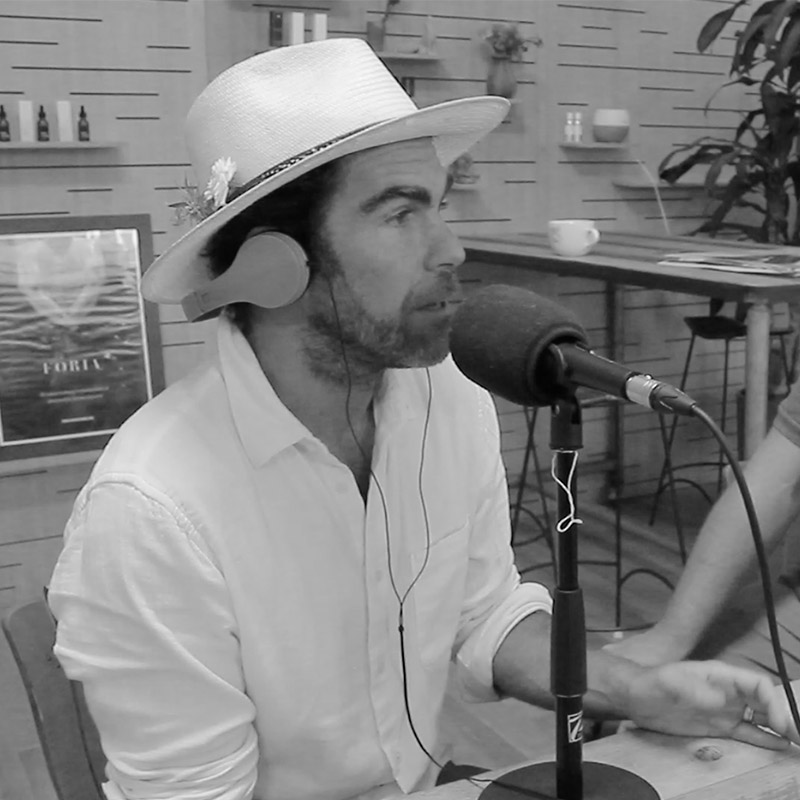 GET INTO THE WEEDS PODCAST – Episode 5 – Mathew Gerson

This session of Get Into The Weeds features Mathew Gerson, creator and owner of Foria, a sexual wellness brand utilizing cannabis as a key component in all its products. Living a very adventurous and intriguing life in his younger years, this episode is quite an interesting one.

Mathew has led a unique and rather eventful life with many ups and downs from dwelling among nature to dropping out of university multiple times to now running a successful company. Born and raised in Philadelphia, in his late teens while doing a backpacking trip he encountered cannabis for the first time on the top of a mountain. Many, many years later will cannabis later come full cycle after stints of living in various places, mostly among nature.

After a 10 year hiatus of cannabis and other intoxicants in relation to his experience with Buddhist religion, Mathew gently stumbled back upon cannabis upon moving back to California. At once point while working in the sexual health field, an idea struck him – cannabis infused lubricants.

After developing some homebrew concoctions, he took to making it a business by selling cannabis-infused lubricants and suppositories to help postmenopausal women, dealing with menstrual cramps, and even reaching climax.

Starting off with one of the biggest point of discussions, Mathew tells us how cannabis was used much in the past for reproductive and sexual health for women, from midwives using it to aide in childbirth to it being used as a pain reliever for menstrual cramps. Even more interesting is the topic of witches.

Witches riding broomsticks. Warts on noses, pointed hats, threatening demeanor; the total opposite of a sexual figure. Mathew’s theory suggests that medicine women experimented with Ergot. Rather than ingesting it orally to toxic effect, instead it would be applied to a broomstick and inserted vaginally, where it would bring them a total psychedelic experience. Flying essentially.

Supposedly, this presented a threat to the bodies who controlled the medical world, sexuality, economy, and more. Perhaps these bodies began rounding up these women and burning them and labeling them as witches. None of it in an attempt to derive sexual pleasure, rather to have a psychedelic experience. We don’t know how true this may be, but it is keen food for thought.

On another topic, Mathews first experience with cannabis was rather pleasant. In his late teens, he had smoked some while on the top of Blood Mountain, Georgia. Upon a star littered nightscape he discovered much of the visible yet neglected beauty the world has around us.

He relates how profound of an effect cannabis had on his psychology and how he views and interacts with the world around him. Though he studied to become a Buddhist monk for the larger part of 10 years, he still carries many of the lessons and morals alongside him every day.

Moving forwards to the products he created, it was all brought to him after working in the sex health industry and condoms. Once he discovered THC oil he rushed to infuse some coconut oil to create a homebrew concoction and test it out. The profound effects experienced by the women who volunteered was the bright light that made up the foreground of the company’s success.

Mathew brings up the point that humans are more plant than human in a certain way, specifically relating to psilocybin and THC being molecules that so perfectly integrate in our own biology. Is it just fortune or does it reveal something a bit deeper about our own evolution?

Going forwards, Mathew wants to push the industry forward with pure, clean products with high quality components and clinical studies to take place. A product for people and not just to drive profit. We see mass industry cannabis farms pushing out huge volumes of bud every day, but what about the highest possible quality? This applies to all industries.

0:15 – Introduction on how Cubby met Mathew, other brief life story details and so forth.

1:15 – Mathews work with a non-profit sexual health company and what they did with condoms for helping poorer communities.

2:20 – The effects of philanthropy and unintended consequences.

4:40 – How Mathew describes Foria as a brand and what its intended effects are.

9:15 – Witches. A theory on witches tripping after inserting psychedelic broomsticks into themselves.

13:45 – How Mathew got into relating cannabis to sexual health and even religion.

14:30 – Mathew’s first experience with cannabis on a hike and how it affected his life. Also getting struck by lightning.

21:20 – Mathew’s consideration of becoming a Buddhist monk and eventually living in the woods in multiple different places.

23:15 – More on how cannabis influenced his view of religion and his experience with Buddhism.

26:00 – Mathew’s view on us being plant first, human second, and the healthcare industry.

30:00 – The interesting story of how the cannabis system was discovered and named.

31:30 – Natural substances like THC and psilocybin likely being an evolutionary byproduct.

33:45 – Cannabis and sexual wellbeing in the eyes of Mathew Gerson.

35:45 – What has changed over the generations in sexual knowledge and the gap between men and women.

39:45 – Mathew’s reintroduction to cannabis after a 10 year hiatus and the relation to sexual health.

42:30 – Cannabis related sex products revealing a market of women wanting a better sexual life larger than a market of people just wanting to get high.

46:00 – The gap between growing mass quantity vs. quality cannabis farmers and growers and other parallels within the industry.

53:30 – Ensuring that women are getting products that actually work rather than exploited to earn a dollar.

55:40 – The first ever clinical trials being held on cannabis and menstrual pain to be started soon.

65:00 – Are humans made to consume cannabis as a natural instinct? How that can even relate with diet.

Check out the Foria website to see the products they offer and even keep up to date with the progress of clinical trials. Check out his personal Instagram as well as the one for the company as you’ll get some informative and wholesome content rather than just marketing junk!