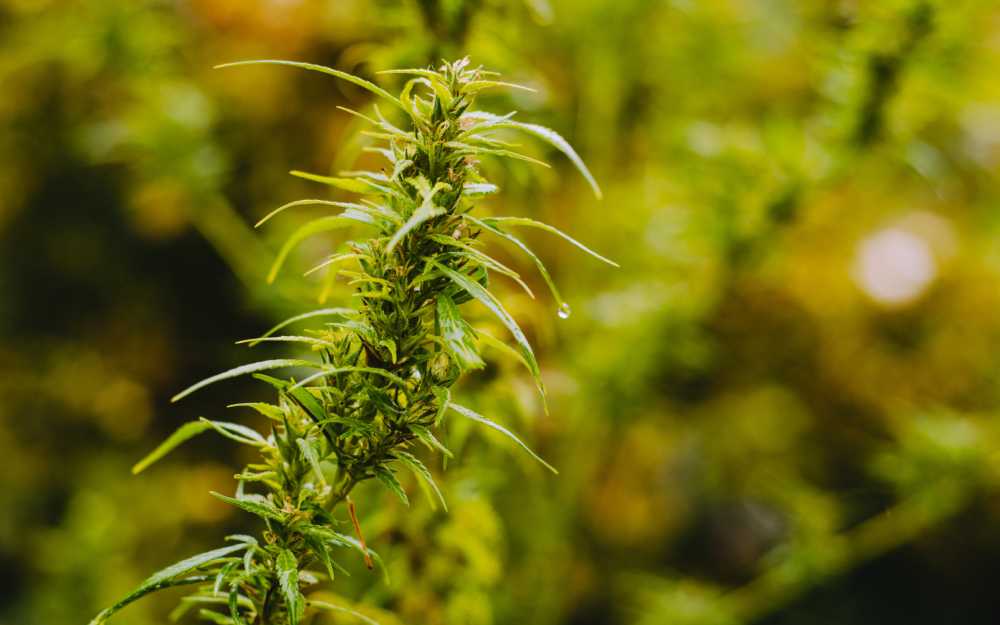 Male weed plant, female or hermaphrodite are all possible to grow as genders of the weed you are growing. Being aware of the gender and determining it successfully ensure that you will grow a good batch. At the beginning of the growing process, when you start noticing the gender differences, you will see that it is fairly easy to spot the difference between them. However, even if it’s easy, with cannabis, there is a catch. While the male cannabis plant stays male from the beginning until the end, the female plants can turn into hermaphrodites while initially growing.

The reason for the female turning into hermaphrodite is when it is in certain stressful stages of its growth where it fears for its survival. Turning into a hermaphrodite, the female plant sees as a last resort, and the only remaining chance to self-pollinate in order to continue to spread seeds and exist further in nature.

Cannabis growers, the experienced ones, will often tell you that cannabis is one of the most confusing and different plants in nature. When it comes to genders, its regular seeds are usually 50% male and 50% female. The male weed plant produces seed pods while the female produces bud cannabis. And it is impossible to determine gender in the first stages of growth. Which is why, when buying seeds to grow weed yourself for the first time, it is highly important that you buy from a trusted source like a seed bank.

When does weed turn into a male weed plant?

As mentioned before, females are able to turn into hermaphrodites under a lot of stress during their initial growth stage. The circumstances under which the female can do so include major oscillations in temperature, physical damage, drought, as well as hours of darkness while they are flowering. Also, plant diseases, the attack of insects or even overuse of pesticides and fungicides (which the plant finds harmful to it in large quantities) can all turn a female into a male weed plant.

When can you spot the difference between genders?

The first time a difference appears it is visible where the stalk meets the stem, right at the V shape on the plant. The plant develops wither green shoots or pre-flowers in this spot. When in the vegetative or growing stage, the plant is able to show pre-flowers. But be aware because this can also happen when the plant is a clone.

Another way to spot the difference between genders and to find out if any of your plants are hermaphrodites is to identify the types of flowers they produce in the initial phase. The second chance for you to check for a male weed plant or hermaphrodites is in the growing process. Here, if you find seeds but you know you have not male cannabis plant in your batch, then you have a hermaphrodite plant.

To spot a female there are also some key points to look for. These can be:

Growing a plant via pixabay.

While this all may seem complicated and difficult to learn, after gaining some experience and having the chance to see the three versions, you will see that it really isn’t that complicated. Having someone experienced showing you the difference and teaching you on spot is also really helpful in growing successful batches of cannabis.

How to use the male cannabis plant?

The male weed plant isn’t that desired as the female plant in the cannabis world. Most growers remove them at the first sight of appearance to avoid contamination and pollination of their precious ladies. However, they surely don’t deserve this bad rap, especially because they also serve for some good uses.

So, if you have been given some male cannabis plant seeds or your females turned into hermaphrodites, despair no more, instead, consider using them as per the ways shown below:

If you want to breed your own strains, then it’s important to have a male cannabis plant. You see, growing the same bud over and over again from clones may not be so interesting and fun for you, if you are the cannabis enthusiast type. Namely, holding on to the male cannabis plant gives you the opportunity to create your own special buds. You have the chance to create flavourful, more resinous plants that yield better crops and even make them more potent to deliver a better high. So, to do all this, you need your males.

Males give you strong fibers

The hemp fiber that comes from a male cannabis plant is used for making textiles or other goods that are more eco-friendly, more sustainable and last longer. In fact, the male hemp plant is stronger, more flexible and more resilient to external factors when compared to the one coming from the female plant.

Bed linens, thin clothing, or towels are all able to be produced by the male cannabis plant and its hemp, rather than the sturdier female plant.

If you want to avoid using harmful pesticides on your veggie plants, plant some male cannabis plants around. They will ensure that all the insects and pests stay away due to their aromatic terpenes.

There’s a myth going around that states that you cannot get high on males. While they do produce less THC in their buds than the females, they still do have some of that goodness in them that can be used. Also, the male cannabis plant contains more THC in their flowers than you can find on the female’s leaves. From the resin in the males which is located in the sepals, you can make your own hash, many delicious edibles, some great cannabutter, different snacks, the famous THC oil, oils for massages, and other concentrates.