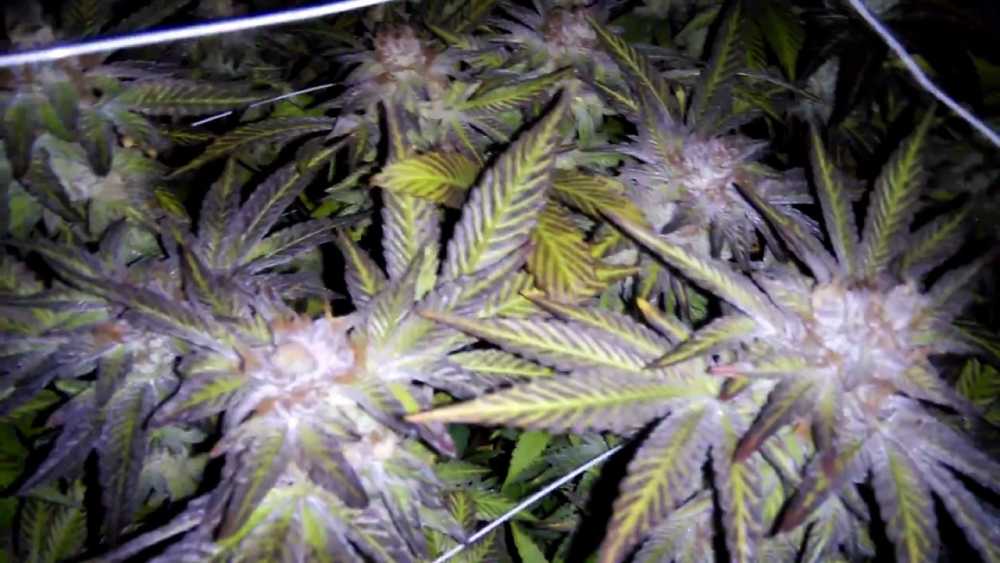 Black cannabis is a strain on its own. In fact, not many plants, in general, are able to match the intensity and potency of the black marijuana strain. It got its name by the obvious dark color and has been on the market since the 1980s. However, it was only in 2008 when black cannabis got its well-deserved recognition as the most intense strain by the High Times.

Black cannabis’ origins aren’t known because its producers over at BC Bud Depot wanted it to stay unique as their own creation. The only known fact is that it originates from somewhere in the West Coast between California and Vancouver Island in Canada. This makes the black cannabis even more mysterious and eclectic.

What Exactly Is The Black Cannabis?

One of the most distinguishable features of the black cannabis strain is its growth. When it approaches its harvest time, from deep purple the strain turns into a velvety dark black shade. Furthermore, it has a thick frosting of trichome crystals, which sparkle when you shine a light above them. It literally looks as if it was made for a sci-fi movie and you have to see it to believe it.

The aroma and flavor

The black cannabis has a very strong aroma that can overpower any other in the room and you can feel it long after the bud has been put out. In it, you can sense a fruity beginning which continues with spice and nuts until the end. Once you grind up the flowers you get more of its spicy scent. The beautiful thing about black cannabis is that when lit, it hits you gently without causing coughing or difficulties when breathing. Instead, it has a smooth, velvety texture and you can feel its flavor as pepper and spice, blended with same grapes all morphing together for an exotically sweet taste on your tongue. It’s truly something you have to try in order to believe.

Experiences weed lovers admit it’s the intensity of the aroma and flavor that they keep on coming back for more.

As I mentioned, its producers didn’t want people to be able to grow their own so they hid its exact origins and kept it rather low-key since the beginning. However, there is some information known about it. For instance, it is known that the black cannabis can be grown in and outdoors and it requires care for a good harvest. As far as the climate goes, it is known that it grows best in a sunny and warm environment.

It grows like a typical indica with a bushy figure which is why it is suitable to be grown in any kind of place even somewhere with a low-ceiling space. You must have plenty of light installed in its growing place and it needs to be warm, which also creates the need for a ventilation system through which you can control the temperature and humidity. This is especially important if you want to avoid the mold on your weed plant.

The Effects of The Black Cannabis

Being an indica, the first thing you will sense is a strong body high with an uplifted mind floating in peace. The reason why it is so popular is that it produces a nice stress-free and mellow high that locks you to the couch where you either go to sleep or you get the munchies. Even if you are an experienced pothead it will put you into a state of tranquility and as the time passes you will sink deeper into your own bliss and serenity.

This being said, when you plan on smoking the black cannabis make sure you have no obligations that day and you have the time to lazy around the house and eat the entire fridge. But, if you smoke it in the evenings, then it can be quite therapeutic for those suffering from insomnia and anxiety and have trouble sleeping overall.

While the effects are indeed wide-spanning, this strain is mostly used by people dealing with chronic pain, insomnia, a lot of stress during the day, eating disorders like bulimia or anorexia, and nausea.

When treating stress you should start small in order not to affect anxiety levels negatively. Then build the amount from there once you get to know how the strain affects you.

When migraines, headaches, insomnia, lack of appetite, eating disorders, muscle spasms, any other type of chronic pain, and overall body tension are the conditions you would like to treat, then you can immediately begin with higher doses in order to experience its full effects and potency. If you aren’t a fan of smoking then you can include it in edibles, vape it, prepare it as a snack, take it in a fancy drink, as part of your main meals, and whatever else comes to your mind. The edibles can help you through a lot of benefits, after all, just make sure you are cautious the first time.

The black does contribute to cotton mouth (dry mouth) and sore red eyes because of its intensity so be sure that everyone else will also know what you’ve been doing. However, if you don’t mind the eyes and the aroma the side effects are minimal compared to the benefits you are getting from using the black strain. Simply make sure to drink plenty of liquids before and after smoking it and also prepare your favorite foods and snacks around you because trust me when I say you’ll be laze to move your bottom and take a trip to the fridge.

Cannabis Wax: All You Need To Know