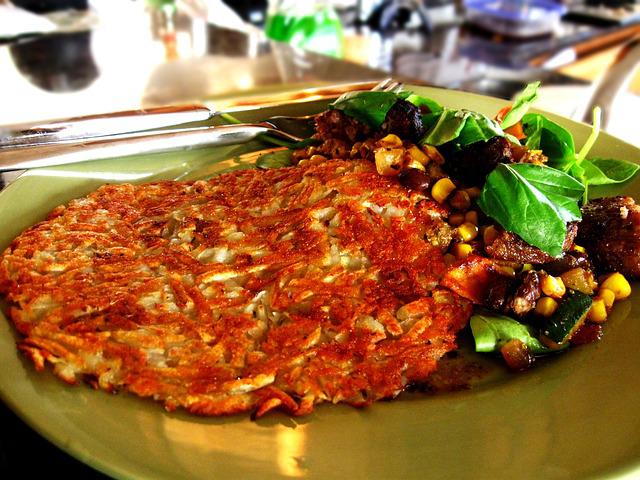 How To Make Hashbrown Patties With Weed?

Marijuana can be made into oil, smoked, added into cookies and besides these, it has many other uses with its distinct aroma which makes it a great addition in the kitchen as a spice. If you get creative with it, we have seen so far how to make a fancy cannabis cocktail that everyone will go crazy for, and for those of you who watch you figure, who said you cannot have a weed-infused yogurt parfait first thing in the morning. Plenty of protein, plenty of taste, and, of course, plenty of weed, you know… to start the day right! So why not learn how to make hashbrown patties with the plant?

Why Eat Marijuana Instead Of Smoking

If you were wondering why I decided to write something like how to make hashbrown patties and decide to add weed in it, is because recently I read a great post about consuming marijuana by smoking it doesn’t give you the same high as eating it. Also, there are a lot of added benefits to it that studies have proven. This sparked my curiosity as to what kind of other high is there and logical enough, I was even more curious to immediately try it out, thus I came up with a recipe on how to make hashbrown patties, one of my favorite dishes, with weed. And guess what! It worked just perfectly. Now, before going more in-depth of how to make hashbrown patties let’s see the reasons why:

After finding out about these, I tried googling to find out how to make hashbrown patties on my own and even though there were some nice ideas and recipes, I just had to call my friend who is a chef and asked him to tell me how to make hashbrown patties, because he is irresistibly good! Of course, I didn’t immediately tell him what I was planning but later on, I prepared these weed-infused patties as a surprise. He was thrilled, to say the least.

I propose getting all the right ingredients into the process of how to make hashbrown patties because losing just one ingredient will affect the entire recipe. Now, off you go to the market for:

Note: The reason why I’m not stating how much cannabis you need to put into, is that everyone has different preferences and needs. Make them more than once, experiment and find your optimal dosage. You can even include some of the bubble hash I taught you how to make last week. Now in our “how to make hashbrown patties” quest, it’s time for the How To part. Read on.

The Instructions of How To Make Hashbrown Patties

These are super-easy, and once you master the process, you will be preparing these with your eyes closed… Well, let’s not try that in the process of how to make hashbrown patties because I don’t want you to get hurt.

Have you got any other ideas on how to make hashbrown patties with weed? Share your experience below, and let’s see who gets them the best. Bon appétit!

Liquid Marijuana Recipe; All You Need to Know about the Process.

How To Make Bubble Hash Without Wasting Weed Away