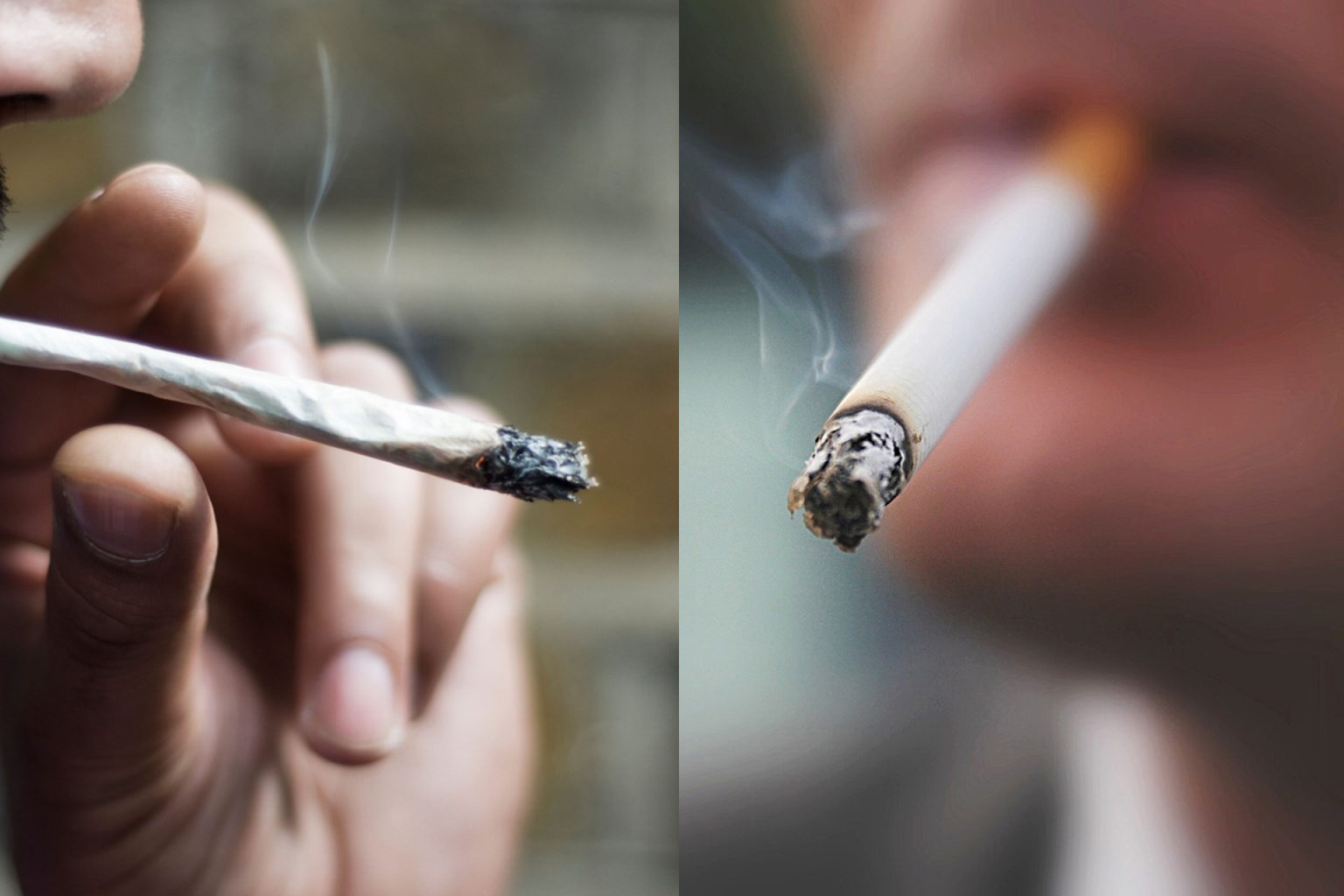 Thousands vouch for the health benefits of cannabis, but is smoking marijuana safer than smoking cigarettes?

After the thrill and initial buzz of the Marlboro Man slowly faded away, clinical studies on tobacco smoke started to emerge. From the cool cowboy image to a cancer-causing conundrum, tobacco has struggled to maintain its image over the years. Now with the legalization of cannabis in Canada, there is a push to compare tobacco consumption to that of marijuana and many cannabis enthusiasts take offense to the comparison.

But is smoking marijuana safer than smoking cigarettes?

Marijuana smokers who don’t smoke tobacco sometimes rave that their drug of choice is safer than cigarettes. But, the truth is that both tobacco and marijuana have damaging effects when inhaled through the lungs.

However, with marijuana, there are alternate ways to maintain your medicine without the consequences of smoking or chewing tobacco. The facts remain: marijuana is a natural option that when used correctly, can be quite beneficial to your health. However like all things, when used incorrectly it can be.

Breathing in smoke toxins can be very problematic for respiratory infections, can weaken your immune systems, and cause disruption in the reproductive system. It’s also not rare no hear smokers saying they have no appetite as nicotine can act as an appetite suppressant.

Luckily, more research is backing the idea that not all smoke is created equal. This means different plants produce different gases when burned.

When it comes to smoking, research shows that any smoke inhaled through the lungs can be harmful. However, data also demonstrates that tobacco contains over 7000 chemical compounds, 70 of which have been confirmed to have carcinogenic activity. From damage to reproductive activity to irritation in the respiratory tract, the risks of tobacco smoke are real.

But does cannabis contain the same chemicals? Is smoking marijuana safer than smoking cigarettes?

Cannabis contains over 400 chemical compounds, but only 61 of them are unique to the cannabis plant. Consequently, none of these agents have been confirmed as a carcinogen. However, the rise of “synthetic cannabis” has caused a stir in the cannabis community for its derivative branding and negative side effects.

This manufactured substance created to mimic the effects of THC is not only damaging to the health of the user but is destroying the image and reputation cannabis activists have fought for decades to uphold. Created in a lab, these compounds can cause respiratory damage, long-term skin problems, and work against the positive benefits of cannabis.

Everyone enjoys a nice smoke every now and then, or maybe even daily. And with the changes in legislation, smoking marijuana is becoming not only a medical necessity but a recreational trend.

Studies have failed to find a solid correlation between cannabis and lung cancer. In fact, whether it increases your risk of lung cancer is unknown. However, cannabis can cause damage to the large airways due to the heat of the smoke. This can lead to bronchitis-like symptoms.

In the case of second-hand smoke, it exposes those in the general area to harmful smoke being released and the attack on the blood vessels.

There is a stat that states, 80 percent of lung cancer patients are linked to tobacco smoking. And to top that off, over 400,000 deaths alone happen in the US from cigarette smoking.

Tobacco smoke contained N-nitrosamines which are the primary sources of cancer. In addition, nicotine is one of the most commonly known addictive substances on the planet. Nicotine is associated with an increased risk of developing insulin resistance, type 2 diabetes, and thyroid problems.

In fact, new studies have shown nicotine may lead to the increase in tumors development and cancer within the lungs, breast, prostate, and skin. The below chart details the comparison of cannabis and tobacco in the lungs.

What are the alternatives to smoking?

You may think you know the answer to: is smoking marijuana safer than smoking cigarettes? But before you answer, consider that both can lead to different types of complications. Although marijuana is not physically addictive, both have been found to cause dependence and tobacco can leave to a serious substance addiction problem.

Despite the dangers of smoking marijuana, there are actually other ways of using cannabis without harming your lungs. Furthermore, these options will help you alleviate any medical issues and also keep your body safe.

However, all smoke in the lungs can have a negative side effect.

So choosing a new way to intake your cannabis is key. Cannabis is medicine first and has many healing powers in several human conditions. And there really are no reliable studies that link weed and unfavorable health effects as is the case in tobacco smoking.

CBD Tincture: A New Type of Healthcare Routine for You!

Cannabis Strain of the Week: Cannatonic