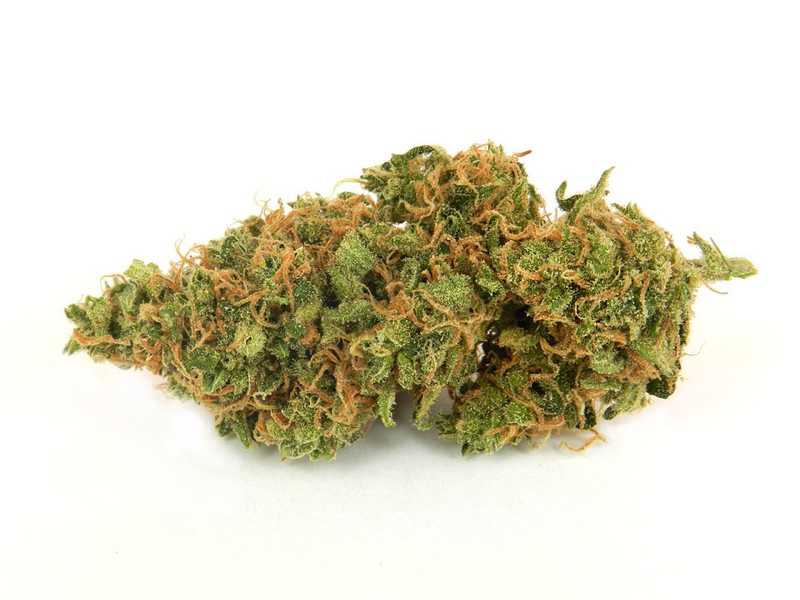 Lemon OG strain is recognized also by the name Presidential Kush or Lemon OG Kush. It is a hybrid cannabis strain that was born out of crossing a pure Las Vegas Lemon Skunk with OG #18. This is why the Lemon OG has a lemony smell appropriated by fully taste and smell with some Kush undertone due to its distant Kush relative. However, it still remains a pleasant one to be enjoyed anytime because of the particularly pleasant fruity undertones that cover the skunky aroma that some people cannot stand as much. By appearance, the Lemon OG looks pale green at the ends of the leaves with yellow tones in the middle. The plant itself has white to orange trichomes with sticky buds.

As Cannabis popularity grows and people get to know more about this plant overall, its uses and benefits, I’m sure you have heard about its many strains that exist on the market today. The two large groups of strains Indica and Sativa alone have many strains originating from them with a plethora of tastes, effects on the body, and healing properties.

Lemon OG is an Indica strain, it’s  THC levels range between 17% and 24% which make this Indica strain a pretty quick one to hit you with a nice sensation of high, sleepy feeling. But because its effects aren’t very long-lived, the strain is best to be used in the evening when you simply want to relax after a long stressful day and go to bed without a single worry on your mind. You should also note that the Lemon OG has a very low CBD level of 0.13%.

If you want to grow this strain, you should know that it can be grown indoors and outdoors, and that feminized and auto-flowering seeds are available for you to get. When mature enough, the plant flowers for about 8 weeks to a maximum of 70 days providing you with a good harvest.

The Effects of the Lemon OG

The Lemon OG strain has a 60 to 40 ratio of Indica above Sativa which makes it one of the rare ones that will give you a powerful and relaxing body high, but also a euphoric happy-high mind. Due to this ratio, the strain provides its users with a pleasant psychoactive feeling in the mind, when compared to its other Kush family strain relatives, but not to worry, that body-high meditative state is also present providing you with a much-needed relaxation in order for you to successfully combat stress and anxiety.

It is known that the family of Indica strains overall are able to provide users with a good night’s sleep, a control over insomnia, stress, chronic pain, and fight depression. However, as we mentioned earlier, the Lemon OG has an advantage of being 60:40 Indica to Sativa ratio which emphasizes the euphorically high feeling as well. This makes it particularly stress relieving and a strain that will bring back your healthy appetite. Other conditions that can be treated by the Lemon OG are post-traumatic stress disorder, obsessive-compulsive disorder, bipolar disorder, and depression. Also, it has been reported that patients who undergo or underwent chemotherapy sometime in the past, truly felt the benefits of using the Lemon OG because of nausea relieving properties and the improvement of appetite which is crucial for the recovery period.

However, it is important to note that since this strain has negligible levels of CBD (only 0.13%), it is not a very suitable treatment for seizures and other more intense disorders. If you are looking for a remedy for seizures you should look for strains with higher contents of CBD, preferably higher than 4% which will act as anxiety and pain relievers with their strong anti-inflammatory and analgesic properties.

Recreational Uses of The Lemon OG

While the effects are similar with the experiences of those who use the Indica Lemon OG strain for their medical conditions, there are some properties that can be enjoyed by recreational users more than the others. Namely, this fruity strain has some very potent psychoactive effects on the mind that come quickly just after a few hits. Although an Indica strain known for relaxing the body and fighting sleeplessness, people often report that they get a clear mind with a euphoric feeling that makes you makes you more focused and ready to go on with your day and make the most out of it.

What is your opinion of the Lemon OG? Share your thoughts and experiences with us in the comment section below to help other recreational and medical users of the strain.

The 10 Best Indica Strains in The World