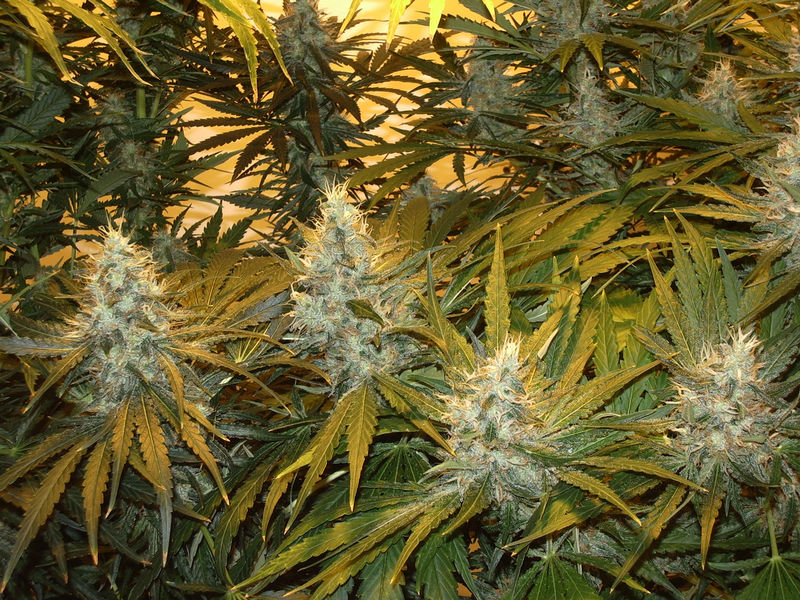 The Northern Lights strain is a multi-award winning pot strain. Its popularity, not only amongst staunch potheads but also those inflicted by all sorts of ailments is unrivaled by any other weed strain. Northern Lights strain is a two hit and quit, Indica dominant strain with a mere 5% Sativa. As a result, it has the ability to induce deep mood relaxation with little stimulation.

Origin of the Northern Lights Strain

With a history laden with mysteries and folkloric tales, the journey of Northern Lights to the Americas is also mythical. It is believed that this strain was firstly natured in Seattle by a certain pothead known as The Indian Neville Schoemaker. A renowned Dutch weed farmer further developed and cultivated the Northern Lights strain into a series of strains whose popularity rose immensely as a result of association with the Sensi Seeds which propagated the strain since 1985.

It is believed that this strain shares a similar ancestry to that of the Afghani Indica. Its genetics are identical to those of a cross-breed between two famous landraces; the Afghani landrace and the Thai landrace. The Northern Lights strain boasts of a relatively high THC content ranging between 18% and 21% with CBD levels of less than 1%.

The Northern Lights strain has a unique eye-catching appearance. Its leaves emit intensely deep green and purple leaves with furry and sticky buds, trichomes and resins. Its spicy and pine-like flagrance soothes one’s sense of smell.

On the basis of seeds used way back in 1985, there exist three phenotypes of Northern Lights. The Northern Lights #5 is the most popular subtype. It occupies the pinnacle in the family of Indica species. The other two subtypes, Northern Lights #1 and #2 are not as popular like their #5 compatriot. Even though they produce good weed, people prefer crossing them with other strains so as to produce one of the best flavors.

How to Grow Nothern Light Strain

Cultivating the northern lights strain requires little effort. It is a non-nutrient intensive plant with minimal water requirements. It is also a very resilient plant capable of withstanding tough conditions, diseases, and pests. Its buds are almost never prone to rotting. Such a phenotype, most probably, was inherited from its ancestors: the Afghani Indica.

Northern Light strain has an advantage over other strains in that it can be grown both indoors and outdoors. Additionally, cultivation may not only be done using time-tested traditional methods but also using modern techniques and guidelines given by the seed companies.

Grown outdoors in the presence of adequate sunlight such as the warm sunny climate experienced in some states such as California, the Northern Lights strain may grow to an impressive height of up to 2 meters. When ready for harvesting, such a plant will yield 575 to 600 grams of pure weed. Such a yield may seem small when compared to high yield strains such as the White Rhino but when the little amount of effort employed in cultivation is put into consideration, the yield is worth the hustle.

Farmers growing Nothern Lights strain indoor will expect the plants to attain a maximum height of about 160 centimeters especially if flower power fertilizer is used. The fertilizer provides extra rare nutrients to the growing plant. The yields are relatively lower compared to outdoor grown plants with the maximum yield ranging between 500 and 550 grams per plant.

Whether grown indoor or outdoor, the Northern Lights takes up to 11 weeks to mature while flowering occurs after the 7th week. However, the growth time may change depending on the climate. For instance, in harsh climates, the plant may take a couple more weeks to be ready for harvesting.

The seeds of Northern Lights strain are all feminized ensuring that the harvest is quite large. Furthermore, there exist newer auto-flowering Northern Lights seeds which have been crossed with 20% Ruderalis. These seeds produce Northern Lights pot plants which are shorter, hence quicker to harvest and also produce much higher yields.

The Northern Lights strain as a mother strain.

Over the past two decades, a lot of crossbreeding between the Nothern Lights strain and other strains has been done. It has grown in stature to occupy the cornerstone position in the process forming the genetic foundation from which other Indica-dominant strains have been created. These strains include Special Kush, White Widow, Spirit, Fruit, and Royal Moby amongst others.

The Effects of Northern Lights Strain

The relatively high THC potency with a medium CBD potency gives the Northern Lights strain a mixed picture of effects. For recreational purposes, this strain has been highly praised for its ability to elevate one’s mood, to induce intense euphoria, happiness, and creativity. It has been described by many potheads as the ultimate remedy for depression.

As already mentioned, this strain is also popular in medical fields. Its medical benefits are well known. This probably stems from its CBD content.  The northern Lights strain is widely used to relieve pain, especially chronic non-remitting pain of inflammatory diseases such as arthritis. Unlike the conventional analgesics with numerous side effects, medicinal marijuana from this strain is not known to cause any side effects.

Well, Nothern Lights is known for its muscle relaxing properties and mind calming effect. Such effects have been exploited to treat diseases such as anxiety. Its ability to calm the human being and induce sleep has been utilized in the treatment of insomnia. Many patients with difficulties in getting enough sleep report an improvement in their sleep pattern soon after starting treatment with Northern Lights weed strain.

While the Northern Lights strain seems to be a darling amongst many marijuana users, this is justifiable especially when one considers its effects which are mainly beneficial. Nonetheless, this strain has a couple of effects. These include sedation and somnolence. The euphoria if uncontrolled, may lead to negative impacts. Another common negative effect is the cottonmouth, a condition whereby the user experiences a dry mouth after consuming weed.

In conclusion, the popularity of the Northern Lights amongst the Indica-dominant is justifiable. Its history is not only legendary but also mystical. Its hardy nature and ability to grow in unfriendly climates coupled with its numerous beneficial effects puts it above almost all the other cannabis strains.

Why Does Weed Make Your Eyes Red and How Can You Eliminate This Problem?

Lemon OG: What Is a Lemon OG Strain?