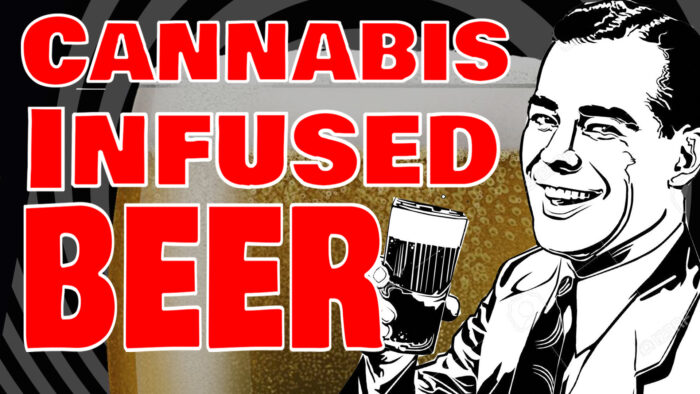 Today, little Jimmy, today we will be looking at an all-American drink that the devil sprinkled his special oregano into, turning it into a drink of EVIL!

That’s right. Beer. Beer is a refreshing, healthy drink that turns boys into men. Hair grows out your chest when you down a can of Bud Light. This is not to be confused with smoking bud, which will make your hair fall out and turn you into a cuck.

Evil alchemists who read too much Harry Potter are trying to infuse our good American beer with cannabis. How can you tell a good ol’ healthy beer from a beer of Satan? Let’s look at cannabis beer and find out.

This is a beer brewed just from the cannabis plant. It lacks calories, alcohol, gluten, taste, and salvation. They take the cannabis plant and crush its leaves, roots, stems, and its evil to brew a beer instead of using all-American barley.

This is a beer that does use barley. However, don’t let the inclusion of barley fool you; this is merely a distraction. The evil alchemists take good ol’ American beer and inject it with cannabis oil to create a beer that can have awful effects. Now, these effects can differ between beers. Some beers will focus on CBD, and others will focus on THC. What is the difference?

This stands for cannabidiol. I can’t pronounce it, so it must be bad. CBD is the medicine of malice, the tonic of terribleness. It can make you feel calmed and soothed, but don’t be fooled. You are opening your mind to the forces of evil. Some may say that CBD helps with seizures and makes you sleep better. Hogwash. Just take your medicine, down your all-American beer, and you’re good to go.

This stands for tetrahydrocannabinol. I really can’t pronounce this word. It sounds like a satanic chant, and that’s because it is! THC is designed to get you higher than a giraffe’s nutsack, or higher than a pothead before I throw them off a helicopter.

When you consume THC, you feel the effects even more than you smoke it. Your stomach becomes Satan’s digestive tract as you open it to tetrishydrocannonmanamanabiden. This beer is created by Communist chemists, or Commu-chemists, who work day and night to corrupt your beer, and each bottle contains about 6.5 mg of THC. This is a little less than a bowl of the Devil’s lettuce. Different beers can vary, however, with some containing more or less. Even 0.0000000000000000000000000000000000000000000000000000000000001 mg of THC is too much for a good ol’ Christian man, so be warned, little Barney.

What about the taste of beer? If someone gives you a red cup of beer, how can you tell that it’s normal American beer or evil cannabis infused beer? Regular beer has that carbonated, malty taste. You and I know it, little Donny. However, cannabis beer can taste:

Some beers are mixed in with hemp seeds. This gives it a more hempy taste. Blech. Do not be fooled by the great, natural taste of these beers, kids. When you drink hemp beer, you’re giving Satan a rusty trombone. Don’t look that up, kiddos.

Here at Reefer Madness returns headquarters, our scientistions have been working day and night to study the effects of cannabis beer. They’ve been reluctantly drinking it before purging themselves of the evil. These scientologists have discovered the effects of the beers. Normal beers make you feel jolly, happy, and can help you unwind. Sure, they can make you violent and sick, but as those evil alchemists know, there is always an equivalent exchange. Cannabis infused beer has these side effects:

We’ve paid our scentists many dollars to study its effects. Every time we pay them, we get affirmation that it’s bad. Over 9,000 scientists have died from one taste of cannabis infused beer alone. We should pray in their honor. Luckily, cannabis beer is illegal and anyone who wants to brew it will find themselves stewing in an American prison.

Don’t drink cannabeer, little Laddy. You can’t even drink normal beer until you turn 21. That’s a long time, we know. However, there are ways you can occupy yourself before you drink beer. These include:

So that’s cannabis infused beer. If you see a beer bottle containing reefer, throw it into the deepest ocean you can find, along with your car batteries and other trash. Until then, say vigilant.

Black Sunday by Cypress Hill Was Inspired by Cannabis

Ten Trippy Albums to Trip You Up