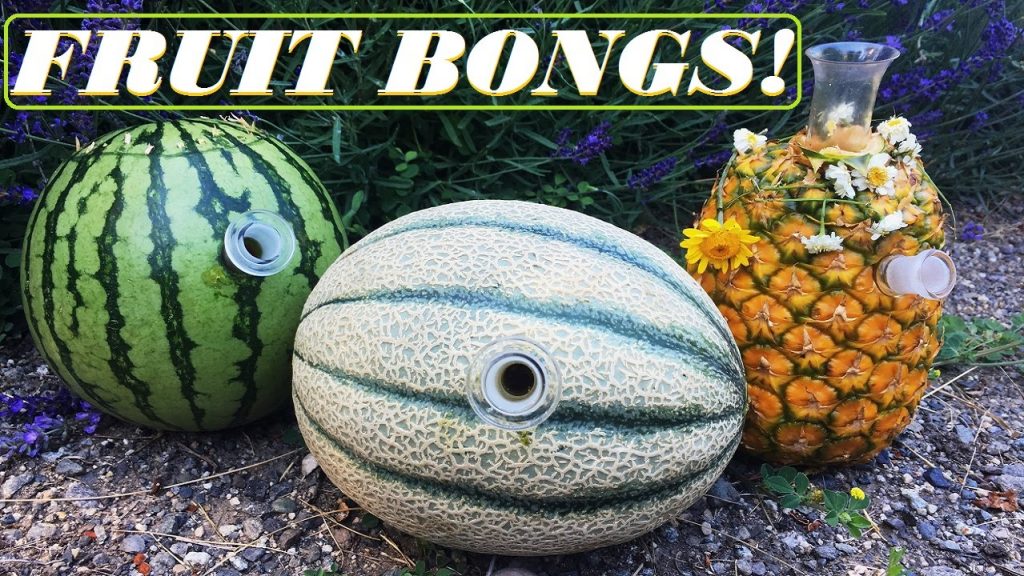 Joints, vapes, pipes, and bongs are all manufactured on a mass scale today. But what about creative DIY ways to smoke weed?

You’re on-the-go or at a friends house with limited paraphernalia at your disposal. You want to burn your herb in a creative way, but don’t know where to start. First, you have to decide which ingestion method best suits you…

Luckily using this guide, it doesn’t matter which method you prefer! We go over some of the most creative DIY ways to smoke weed. From fruit pipes to puffs from Pringles containers, become a DIY master when it comes to ways to smoke weed.

This is probably the simplest way to infuse your weed with the flavor of apples. The apple pipe is made using a toothpick, knife, and pen. The goal is to create a pipe-like chamber through the core and one side of the apple.

The quickest way to create this is to push a hollowed-out pen through the top and side of an apple, connecting the two holes. However, the tutorial above provides more detailed steps to produce consistent results.

There are many large fruits you can hollow out to create fruit bongs. For this, you’ll need a bill piece or down-stem. But the fruit will act as the chamber for the smoke. Not only do you get to enjoy a healthy snack while creating them, but you’ll have a tasty smoke.

Make sure to prioritize where the water will be in the bong. Putting the downstem in the wrong section of the fruit will turn your fruit bong into a fruit pipe.

Another classic, but still a tried-and-tested method to enjoy your herb. The gravity bong uses household items to accomplish the task of producing a huge toke. This tutorial uses two plastic bottles, one large, one smaller. The process involves cutting off the top of the larger water bottle and removing the bottom of the smaller one.

You light weed in a tinfoil bowl wrapped around the mouthpiece of the smaller bottle and smoke is forced upward as you push down into the water-filled larger bottle. Science.

It may feel like you are smoking a pipe instead of a vaporizer, but it’s still pretty creative. The lightbulb vape uses an actual lightbulb and a regular flame to reproduce the effect of vaporization. It’s important to hollow out the light bulb properly and remove all contents. The bulb acts like a glass vape, with the flame never actually touching the cannabis.

Also, don’t hold a lighter or the lightbulb to a flame for too long. You can’t control the temperature for vaporization, so it’s best if you slowly heat the bulb and wait for vapor to form.

Another tutorial that gives you a snack on the go! With this steamroller build, you can use an empty Pringles container as the chamber, giving you some flavored tokes. Cut holes in the side of the container, and insert your a joint or blunt. Puff through large end using a hole made in the lid.

Try to avoid denting the can when you cut your holes!

Tony Greenhand Demonstrates How to Roll the Perfect Joint

3 DIY Ways to Hide The Smell of Weed