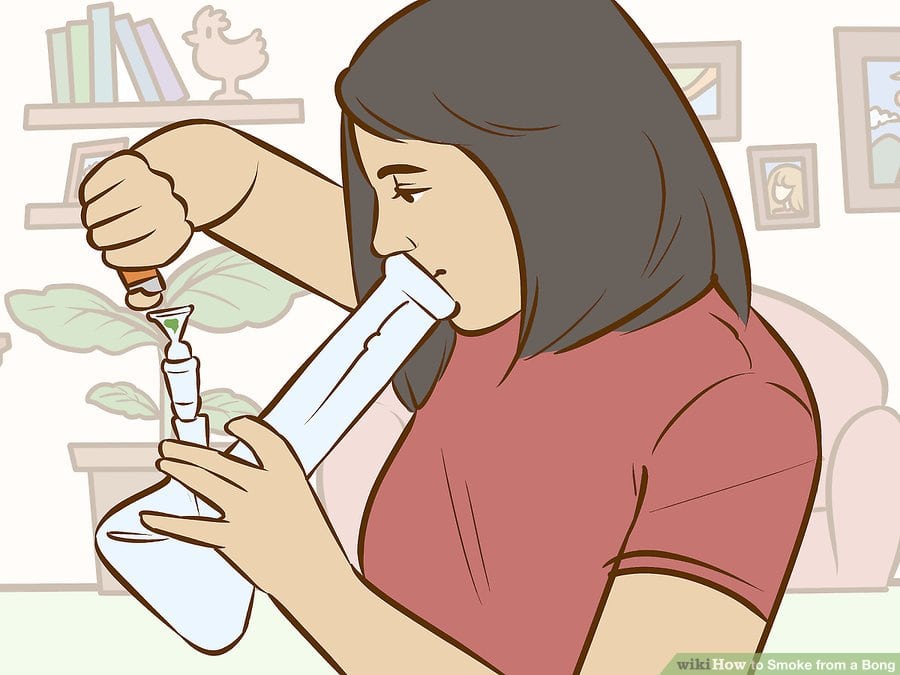 WikiHow’s “How to Smoke a Bong” walkthrough is a surprisingly accurate take on the process of ripping a fat toke.

WikiHow markets their slogan as “wikiHow to do anything.” And with the move toward marijuana legalization, they aren’t exaggerating. Wiki How, now has a “How to Smoke a Bong” tutorial up on their site, and it’s surprisingly accurate.

Maybe it is the cartoon illustrations or the professional way they describe the process, but the entire review is hilarious from a stoner’s point of view. The tutorial is broken into three main sections: preparing the bong, lighting the bong, and inhaling the smoke.

WikiHow says in reference to how to smoke a bong:

“Smoking a bong for the first time can be confusing, but it gets easier once you know what you’re doing. Before you can smoke anything out of a bong, you need to fill it up with water and pack the bowl. From there you need to light the bowl and fill the smoke chamber with smoke. Then you can inhale. If you’re just starting out, take it slow until you get more comfortable smoking out of a bong.”

Corrections to the tutorial

Honestly, we have to give it up to WikiHow for creating such an in-depth tutorial. But it’s not completely perfect. Some of the suggestions they make are a little misinformed for the cannabis community. Here are three corrections.

“When you’re filling the bong with water, pour the water directly into the mouthpiece (the open part at the top of the bong).”

This is accurate, however, some bongs are better to fill through the downstem. This is accomplished by removing the bowl and slowly filling water through the hole. In addition, if you have a shallow sink and a tall piece, directly filling your bong with water from the tap will be difficult.

“If you’re smoking alone, don’t pack the bowl more than half full. You can always pack more later.”

While the second part is absolutely true, it truly depends on the size of your bowl when you are packing the herb. Even for a first time user, half-filling a tiny bowl piece might not get you the high you are looking for.

“Make sure the area you’re sitting in is free of any flammable objects.”

We get it, first-time smokers don’t want to light their arm hair on fire after hitting a big toke. But scented candles? Incense? These are some of the weed smoking essentials for the first timer. Not-to-mention it leaves the area a little less 420 friendly when you are finished.