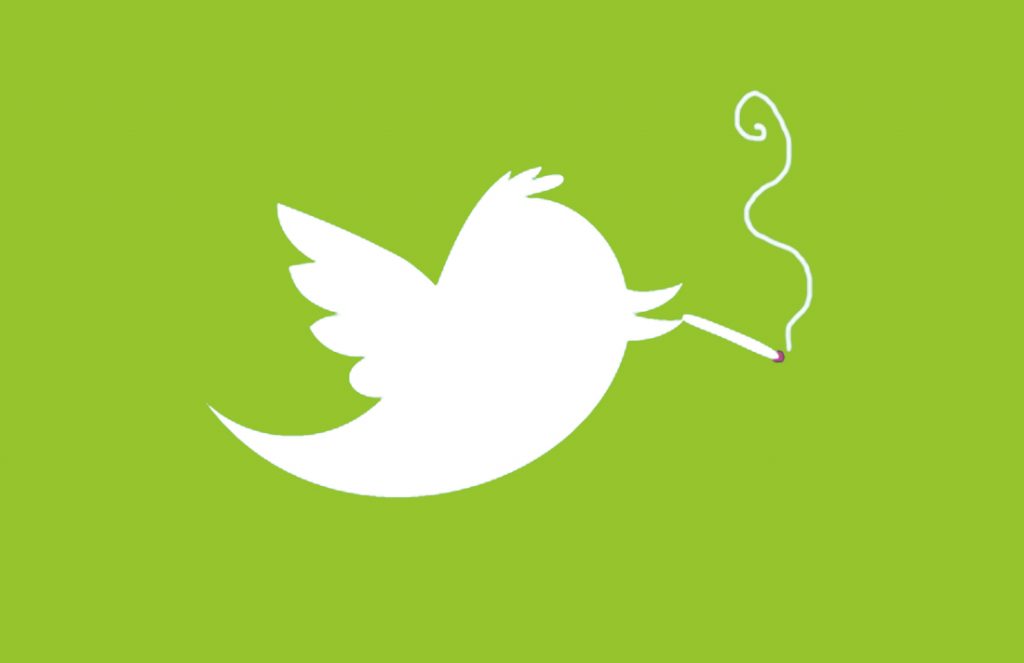 Sit back, roll up, spark a fat one, and get that retweet finger warmed up!

Scrolling through Twitter can be one of the funniest activities to do while high. The world is full of hilarious people, who often times don’t work in entertainment or comedy at all. That’s what makes Twitter is such a great place, because Steve from Arizona with 450 followers might actually be a heck of a lot funnier than most of the professional comedians out there. The platform is a place for regular, ordinary people to voice their thoughts and, often times, it’s hysterical.

On the other hand, there’s A LOT of garbage out there. If we’re being honest; giving everyone on the planet an opportunity to voice their thoughts isn’t always a good thing. So, we’ve scoured Twitter on your behalf and come up with a collection of the funniest weed-centric tweets you’ll ever see. In case you missed the previous instalment of funniest weed tweets, you can check it out here.

…I prefer to smoke it.

Study finds years of marijuana use can damage your verbal short-term…verbal…you know, your ability to retrieve, to, that is, recall words or

Guy is wearing a sweatshirt saying “ASK ME ABOUT BITCOIN.”

I ask him about bitcoin.

He responds, “I smoke too much weed to give financial advice.”

POLICE: knock knock
DRUG DEALER: who's there
P: weed
DD: weed who
P: we'd like to come in and arrest you
DD: lol good one, come on in

If you say "alright" in the mirror 3 times Matthew McConaughey will appear and hand you a joint.

Ever been so high you realize that you've been watching a movie on TV for 30 minutes, minimized, on the guide screen?

"Can I buy some marijuana?"

whoever smelt it dealt it

Marijuana is the gateway drug to taking 45 minutes to pick out which color Gatorade you want to buy.