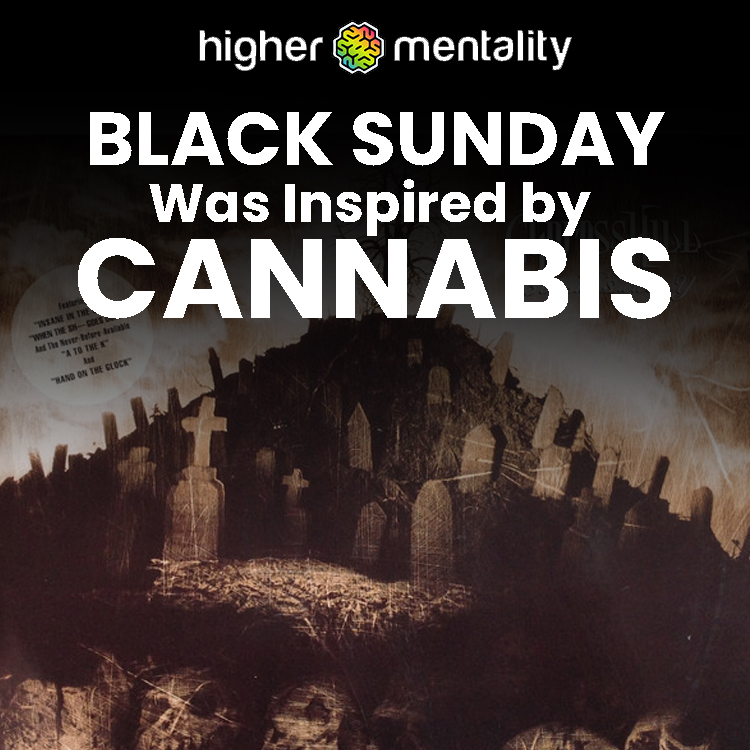 Why Black Sunday by Cypress Hill was Inspired by Cannabis

After the drug war of the 1980s, which continues to go on to this day, the 1990s saw glimmers of hope when it came to cannabis legalization. Whacky cartoons and advertising that had to be inspired by cannabis, the beginning of the spread of information thanks to the World Wide Web, and of course, music.

In the ‘60s and ‘70s, rock dominated the scene when it came to cannabis-inspired music, but in the 1990s, it started to change towards rap. Snoop Dogg began in the 1990s, after all. Dr. Dre wrote an album called The Chronic, which is a name of a strand of potent cannabis.

However, one rap group that blatantly talks about marijuana, and yet doesn’t get as much appreciat

ion as they should is Cypress Hill. They are a group that did not tiptoe around cannabis. Instead, they stomped their feet right into it. Today, we’ll be looking at the 1993 album Black Sunday and you can learn why Black Sunday by Cypress Hill was inspired by cannabis.

Inspired by Cannabis: Inside the Album

Thanks to digital music, the album booklet is a dying a bit, which is a shame. Inside of a CD booklet, you would not just get some lyrics, but also artwork, messages from the artists, and other weird tidbits. Inside the booklet of Black Sunday, people could see facts about cannabis. This not only explained why Black Sunday by Cypress Hill was inspired by cannabis, but educated the populace.

Think about it for a bit. In the early 1990s, not many people had the Internet and the Internet was nothing like it was today. The only way most people got educated by cannabis is through all the drug propaganda programs at their school. Music helped normalize cannabis a bit, but artists never blatantly promoted it or described its benefits. Some of the facts included in that booklet include:

All these facts are common knowledge nowadays to any millennial, but at the time, not too many people knew these facts. Many believed cannabis was a drug that could cause insanity and death.

And sure, many people who were listening to rap groups like Cypress Hill may already be into smoking or accept marijuana, but before a time where you could research an album, someone who may not have known about marijuana could have bought the album because they liked the grim album cover.

Inspired by Cannabis: Now to Look at the Songs

Let’s look at a few of the songs on the album and describe their meaning. Listening to a few of them, you can see why Black Sunday by Cypress Hill was inspired by cannabis. If you look past their most popular song from that album, “Insane in the Brain,” you can see some obvious nods to marijuana. The titles are blatant. Their opener, “I Wanna Get High,” talks about just that, and takes a jab at President Bill Clinton. “Tell Bill Clinton to go and inhale/Exhale, now you felt the funk of the power.”

In case if you forgot, Bill Clinton claimed to have tried marijuana once, but said he “didn’t like it” and he “didn’t inhale.” This is a lie that’s up there with him not having sexual relations with that woman. How can you claim to hate marijuana if you didn’t even inhale it?

“Legalize it” is around a 45-second interlude track that has spoken dialogue about how “One acre of hemp produces four times as much paper than an acre of trees.”

Their track “Hits from the Bong,” describes, well, a hit from the bong. “I like a blunt or a big fat coal/

But my double barrel bong is gettin’ me stoned.” It’s a track that makes you want to grab your nearest bong, even if you prefer to smoke another way.

The track “I Ain’t Goin’ Out Like That” was recorded while on shrooms, and while the track does not directly mention cannabis, it does have a funny history with cannabis. During a performance on Saturday Night Live, DJ Muggs lit up a joint while performing, and they were banned from performing there ever again. Other acts would have hated that, but for Cypress Hill, it was a hilarious consequence.

SEE RELATED ARTICLE  100 of the Funniest Tweets of All Time

Cypress Hill is still around and is taking full advantage of the slow but sure legalization of weed. One of the members, B-Real, even opened up a marijuana dispensary in California called Dr. Greenthumb’s Dispensary. If you’re ever in California, we say give them a try.

And that’s why Black Sunday by Cypress Hill was inspired by cannabis. It’s an obvious one, but it’s interesting to know how big of a part they played in normalizing cannabis usage to the world. They helped people realize that cannabis is not harmful and instead helps flare up your creativity.

If you like hip hop of the Latin kind, we say give this album a listen. It’s definitely a classic and we commend Cypress Hill for giving people a taste of the legalization to come.

SEE RELATED ARTICLE  The Science Behind Listening to Music While High
0 0 vote
Article Rating
Related Topics:weed
Up Next