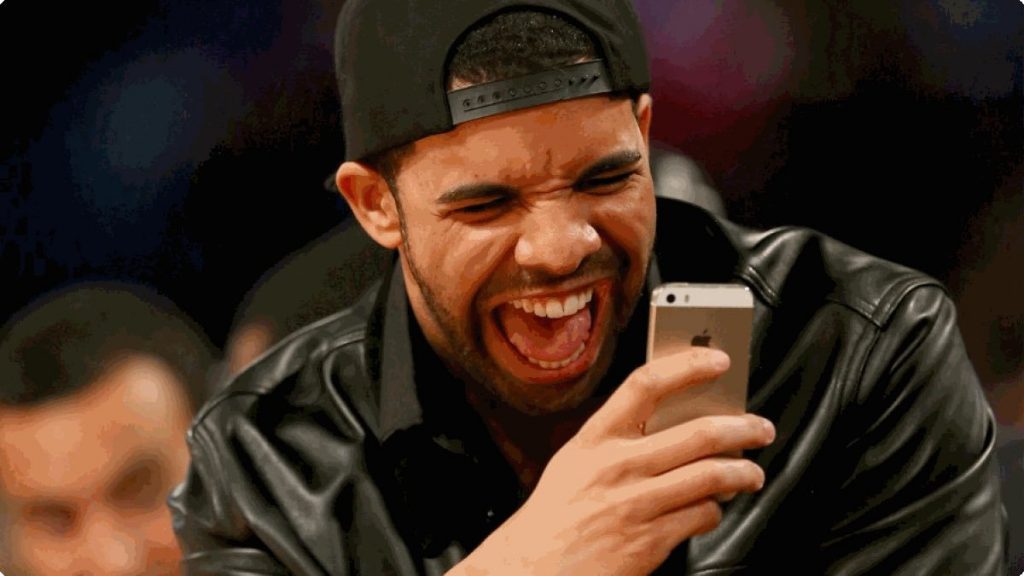 Finding the 100 funniest tweets of all time is like sifting through sand dunes to find a nickel. Good thing we brought a metal-detector.

Twitter can be a blessing and a curse. You can scroll through and read some truly hilarious jokes, then, moments later, find out your aunt’s ex-husband is a crazy, racist that believes the government is turning frogs gay. Thankfully we’ve weeded through the trash to bring you 100 of the absolute funniest tweets of all time.

yall dont think i read replies to my tweets huh? in my mentions like "choke me daddy". is that funny to you beth pic.twitter.com/Y0MzGsjRi5

Pick up artists and garbage men should switch names.

When you and your favorite bird are very high at the zoo pic.twitter.com/oUvLqyJgZQ

Wear only a towel around your waist and you can get into just about anywhere if you just repeat "so sorry so sorry" and keep moving forward.

What you see vs. what your family sees when you reset the router pic.twitter.com/lAiGOz5Vt5

It's sad how Wile E. Coyote is remembered for his violence, and not for his brilliantly realistic paintings of tunnels.

Every time Beyoncé types out her name, she has to google "Pokémon" and then copy/paste the "é".

I got a pair of these, but when I tried to walk away I stumbled. pic.twitter.com/9Y3FTgv0XI

If you were stranded on an island and could only bring one Dave Matthews album, how would you kill yourself?

They should have soccer matches on the infield of Nascar tracks so you can watch two boring things at once.

Wait what do you mean Jesus loves me? Did he say something to you? OMG I'm freaking out right now tell me his exact words.

The first month of dating is just the guy saying "What?! You've never seen (movie title)?!" hundreds of times.

"What race was the guy?" – a question you'll never have to ask my uncle during a story.

Hey can someone tell CNN about snakes? pic.twitter.com/E9kfdFT26Z

Why do football players only dance when good shit happens? Just once I wanna see a QB throw an interception & do a sad, interpretive dance.

one time ESPN had Air Bud on to do commentary on a basketball game and it was insane pic.twitter.com/bsDd9YPT1q

It's fucked that women have to take their husband's names and then their names just become their shithead sons' bank acct security answers.

A guy in my office is shaking his protein shake and this woman poked her head around the corner and said “do I hear margaritasssss?”… no Janet, it’s 10 am.

If I had a nickel for every time I've had an irrational fear, I'd be *looks nervously at the sky* PELTED TO DEATH BY SKY NICKELS?!

When u r drunk and Landslide comes on pic.twitter.com/63FB4IZZug

my mom yesterday: do u work tomorrow

my mom today: do u work today

me: yes i already told u

my mom when i'm at work: where are u

Leaving a watermelon on someone's doorstep in the middle of night is a pretty inexpensive way to occupy a portion of their mind forever.

me: if ur soulmate dies before u meet them do u get like a backup soulmate

professor: i meant questions about the midterm

[mysterious old lady flips tarot card revealing a dude who looks exactly like me flying a hot air balloon into power lines]
Me: is that good

If I ever ordered a beer and the bartender said "Take a pitcher it'll last longer" that would be a very successful upsell.

I am CRYING. The Weather Channel set up for a live shot of the Georgia Dome being imploded, and at the perfectly wrong time … this happened (via @ajc): pic.twitter.com/LA0cXpC7oX

When my meal comes in a restaurant, I always make a face like "oh wow I had no idea I was getting this much food!" But I did know. I did.

Me trying to ask someone for a favor: Hey could you help me with this thing? Absolutely no pressure though. Totally ok if you can’t. If you’d rather run me over with a car that’s cool. Are you mad at me?

I miss the days when online "Fake News" was just like, "Did you hear Urkel died" and then later you find out Urkel is fine.

When you screenshot then send it back to the same person pic.twitter.com/cPyt0ZY18m

I would have suggested they just use a regular volleyball, but I guess the Olympics are special. pic.twitter.com/Tz6Tt6l4jn

If vampires have no reflection how do they get their hair like that.

Life hack: if a ghost is haunting your house start dating them and then be super needy now the ghost is gone like everyone else I ever loved

When I see a bruised apple at the market, I give it a soft hug and whisper, "Who did this to you?"

Shazam but for whether someone is mad at you

my ex has had a really hard time moving on. from what i can tell through his blinds, he is currently eating (something we always did)

You know the second after you bleach your anus someone is going to spill red wine on it, right?

Relationships are mostly you apologizing for saying something hilarious

Just gonna wait to see how long it takes this police sketch artist to realize I'm describing him.

I told my girlfriend I wrote her a poem but it was just the theme song to King of Queens. pic.twitter.com/2B1H6n7XtX

Hey — quick questch for people who put their seats back on planes: what, psychologically, is wrong with you

The 6 year-old son of a colleague has just drawn this. He has offered no explanation for it. pic.twitter.com/VZaEqFEMot

why this man's stomach look like woody harrelson lmaooooooo pic.twitter.com/p9BrL1bmT1

My Ex works in a pharmacy,so whenever i want to spoil her mood I wil just go there and buy condom for no reason sometimes i go 3 times a day

my GOTH DAD license plate is not a vanity plate it is a coincidence. random string of letters. could ve happened to a dad without eyeliner

i’m just trying to look at my phone bill and Jessica thinks i’m gassing her up pic.twitter.com/bDZu9or6Ph

The ants won't go in the poison traps so I made some modifications to lure them in pic.twitter.com/9xMFrWlbhK

I don’t care what anyone says. Julia Roberts is looking more beautiful than ever. pic.twitter.com/Z2dUe13hPE

Brad Pitt: Doc, did you ever see my movie "Seven" with me and Morgurt Freeman?
Doctor: I think you mean Morgan
Brad: Sorry, Morgurt Morgan

Tbt to Halloween when I dressed as the babadook but my friend's house had more of a grown ups drinking wine vibe pic.twitter.com/PoGKUFeLLw

Last month my mom asked what "af" meant and I said it meant "like REALLY something" without saying what it stood for pic.twitter.com/LPslZ4Sg45

Asked a Target employee if I could open this camera before I buy it and he said he wouldn't even care if I killed someone in front of him.

EDM girls on my TL always complaining they're broke. Ya u broke, u just spent ur fucking paycheck on a $300 hula hoop & horse tranquilizers

coffins : the ultimate and final ravioli

hello youtube today i will teach u how to get this winged eyeliner look pic.twitter.com/25mNtQQIFc

Someone told me that Harry Potter is supposed to take place between 1991 and 1998 which is ridiculous because not once in seven books does a single character say, “Man the Chicago Bulls are having a hell of a run huh?”.

WHY DOES THIS KEEP HAPPENING pic.twitter.com/K4vgCQ7B9e

Being a parent is mostly muttering to yourself "why is this wet?"

Hang on. Frogger was trying to get to the office? This is depressing pic.twitter.com/5ozzL0LxDh

Depressed? Keep your chin up cuz when it's down it looks like there's two of them, which is gross.

The worst thing about being an adult & not a kid is that no one stands behind you when you're being an asshole mouthing "she's just hungry."

No fucking way will I choose the shopping cart that someone left a piece of paper in.

I have a lightsaber next to my bed just in case someone ever breaks in, I can make them feel sorry for me.

If I worked at a pizza place I would use pepperoni to spell out "Marry me?" on pizzas all the time just to make things awkward for couples.

Malice at the Palace | Picked & Rolled