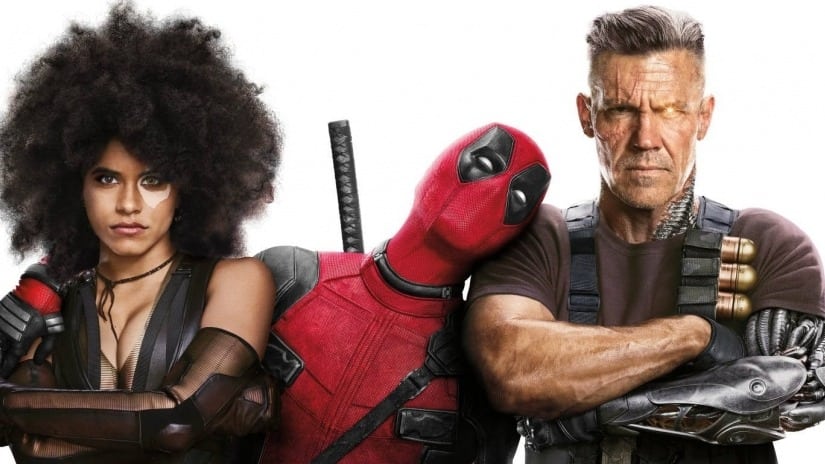 It doesn’t get much bigger than a Marvel movie release these days, does it? After the hugely successful Black Panther release shattered box office records, it wasn’t long until the third Avengers instalment came around and changed the game all over again. Now it’s Deadpool’s turn to follow in it’s Marvel family’s footsteps with the release of it’s much anticipates sequel. After a well-received debut, the wise-cracking hero is back, this time to fight a new villain; Cable. You may see a resemblance between Cable and the previous Marvel bad guy, Thanos, because they’re both played by Josh Brolin.

Fans love Deadpool for his quick wit and for his penchant for not only breaking the fourth wall, but completely shattering it. He’s easily the funniest super hero in a long line of comedic undertones throughout most of Marvel’s releases.

We sent our resident movie expert, Rob Fee, to check out the latest instalment and give his feedback. As always, Rob made sure to get high before the movie in order to really experience it properly. After all, there are plenty of movie reviews available online; where we differ, is we tell you what it’s like after smoking some weed. There’s nothing worse than getting high and watching a movie that will make you question yourself, or worse, reality as a whole. You definitely want to avoid anything too deep or thought-provoking, unless your schedule is free and you can spend 8 straight hours in deep contemplation.

He clearly didn’t love the movie, nor is he a particularly huge fan of Ryan Reynolds, but he also doesn’t say it was bad. All these super hero movies are essentially the same thing; some cool action, some cheap laughs, and a good guy eventually overcoming obstacles to defeat a bad guy. They’re never bad, but it’s not like Marvel is making any Oscar winners, either.

Be sure to tune in every Friday as Rob checks out the latest new releases and gives his valued input on “Higher Resolution”. You can check out Rob’s previous movie review of ‘I Feel Pretty’ here!

100 of the Funniest Tweets of All Time