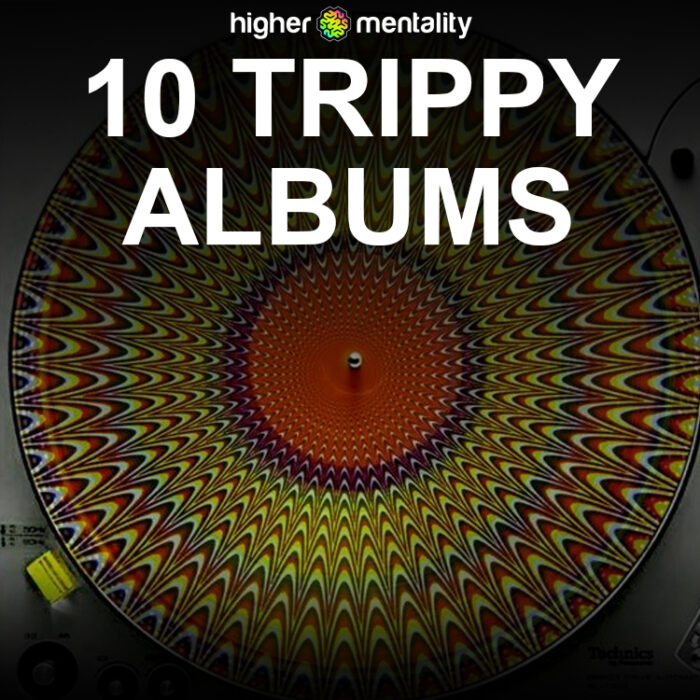 We all know that listening to music while high can give you a new experience. Every note pops, lyrics that make no sense suddenly do, and what sounds chaotic may have harmony, and vice versa. There are certain musical albums that can be amazing to listen to while high. These albums are great sober as well, but from an altered perspective, they can send you into a whole new world. So let’s look at some psychedelic and just plain trippy albums.

Piper at the Gates of Dawn-Pink Floyd

Pink Floyd has one hell of an album collection. Honestly, any album is great if you are considering listening to music while high. Their profound lyrics, trippy music, and overall sound is great for any stoner. However, if we had to pick one in the trippy department, we would have to go with their first outing. This album comes straight from the late ‘60s and it shows. Its opening track, Astronomy Domine, takes you into a space trip. Its longer track, Interstellar Overdrive, is a musical descene into tripiness. And it has plenty of nonsensical songs about cats, bikes, and even gnomes. Okay, the rest of our list will be a little less obvious in the picks.

Not every trippy album is from the 1960s or 70s. This album is straight from 2005, and it’s one progressive rock powerhouse. With the Volta, you never know where their music is going, and their lyrics are a puzzle in of itself. This album has amazing trips, including its closing track, Cassandra Gemini, which is over 30 minutes long. If you’re looking for something from this century, anything from the Mars Volta works.

Here’s a bit of an obscure one. The Moog synthesizer was popular in the late 1960s, making some trippy tracks. Gershon Kingsley’s album of Moog jams allows for some trippy tunes. The opening song, “Hey, Hey” sounds astronomical. The album covers Beethoven and other songs. The most popular song to come from this album was “Popcorn,” but the version most people know is by Hot Butter. In our opinion, the original is much trippier.

The Flaming Lips are a great band to look into if you are listening to music while high. Any album from them honestly works. There’s one album where all the instruments are split into four Cds, but that may be a bit of a hassle if you’re high. But we digress. This album is a good starter. It’s titular song deals with, you guessed it, a girl battling pink robots. It’s one interesting album for sure.

Always experimental, Radiohead is a great band to listen to under any level of sobriety. We picked this one because the opening track, “Everything in its Right Place” is a pure trip if you’re under the influence. When you’re listening to Radiohead, you indeed do think that everything is in its right place. Any Radiohead album works if you’re listening to music while high, though.

Rush is an incredible progressive rock band with decades worth of material. With philosophical and fantasy-like lyrics, they’re a band that’s great to listen to with a little bit of cannabis. Rush is known for their guitarwork, but this album of the 1980s relies more on synthesizers. To us, it’s a great album to trip to. Try it out, or any Rush album, to be honest.

RX Bandits is a killer band. Combining prog rock with a bit of ska, they’ve been rocking since the 1990s. Their 2009 album, Mandala, is celebrating its 10th anniversary, so what better time to listen to it than now? It’s one of our favorite albums from them. It’s one of their heaviest, proggiest, and it’s great to listen to with a bit of cannabis. If you’re looking for a newer prog band, this is the one for you.

Honestly, any jazz is great for those who are listening to music while high. However, if we had to pick one, we would have to pick this album from jazz legend Miles Davis. This album combines jazz and a bit of rock to create a 90 minute trip that is great for any occasion. Bitches Brew is indeed bitchin’, and we recommend you smoke one and spend the next hour and a half tripping for Miles.

Colors-Between the Buried and Me

Between the Buried and Me, or BTBAM for short, is one intriguing band. They combine progressive metal, growling vocals, more harmonious dirty vocals, insane music changes (one second you’ll be headbanging, and the next, you’ll be having a hoedown to some bluegrass,) and every album is a unique concept. Any album works, but their 2007 album Colors shows off their skill the best for newcomers. Some may not like the mostly growling vocals, but even those who are not normally fond of them may still love what they have to offer. It’s an incredible trip from beginning to end. Ironically, the band members practice that straight edge lifestyle, apparently.

Let’s end this off with a “no duh” album. Marley was the king of cannabis. The Rastafarian reggae singer has inspired many decades after his death. He has quite a few albums in his arsenal, and this is one you should start with. It’s got great tracks, including “No Woman No Cry.” Roll yourself up a big one and get down to Marley.

Listening to music while high is always great, but when it’s a full album, especially one with a concept, it can take you into an entire world. This is only scratching the surface, but we felt like these 10 albums offer a different experience with each one and are worth listening to. What are some of your favorite albums to listen to when you’re under the influence? Tell us your thoughts below. We’d love to hear from other cannabis enthusiasts.