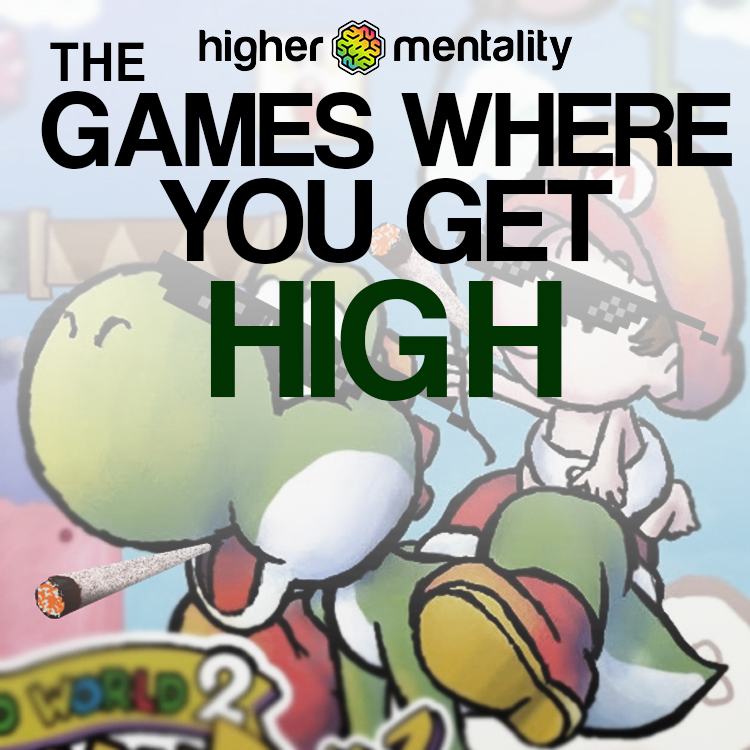 Marijuana has been seen in movies, music, and other pop culture. Surprisingly, however, not so much in video games. Maybe it’s because video games have already been scrutinized to death because people think they will make you violent. Perhaps it’s because a chunk of great video games come from Japan, where marijuana is quite taboo.

GTA is a game where you run over people, beat up hookers, and shoot a policeman. However, it took until the fifth numbered entry (and there were many games in-between 3 and 4) to allow your character to smoke weed. In earlier games like San Andreas, the only interactivity you had with weed was burning it for a mission. That’s criminal even for GTA!

Games that simulate life have always been big. From Roller Coast Tycoon to the Sims, we all have played them and had a good time building our dream house or theme park. Now, there is a game where you can simulate running a weed shop. Build your own shop and grow your own plants. Give them to customers. Become the biggest name in the game. If you like indie PC games, this is definitely worth checking out.

Postal 2 was quite a controversial game when it came out. It’s a dark comedy shooter about a man who is, well, going postal. The game faced bans and controversies for its violent and shocking content. Weed appeared in Postal 2 as well in the form of a medicinal herb farm. If you like dark games, this is one that may be worth checking out.

Okay, this is a Japanese game from the 1990s starring children, so none of the characters smoke weed. But this game has marijuana written all over it. From the bright trippy colors to the classic rock references to the whacky enemies, you feel like you’re always smoking something while playing. Perhaps the biggest scene to illustrate this is the coffee break. You drink some coffee from Mr. Saturn, and you suddenly reflect on the game so far, all with trippy backgrounds. There was something in that coffee, man.

Here’s another not technically marijuana entry. Yoshi’s Island is a fun, yet kiddy game where Yoshi has to help Baby Mario find Luigi. In one level, Touch Fuzzy Get Dizzy, you run into these fuzzballs. As soon as you touch them, the level becomes vibrant, colorful, the music distorts, and you get dizzy briefly. We don’t know what drug those fuzzies have, but we want to touch them.

As gaming and marijuana become more normalized, we hope to see more marijuana references in gaming. While we don’t see Super Mario using a marijuana leaf as a powerup, we do hope it can make more appearances in gaming as even fictional characters learn to appreciate the herb and what it has to offer.

xCodeh Combines the Best of Gaming and Cannabis