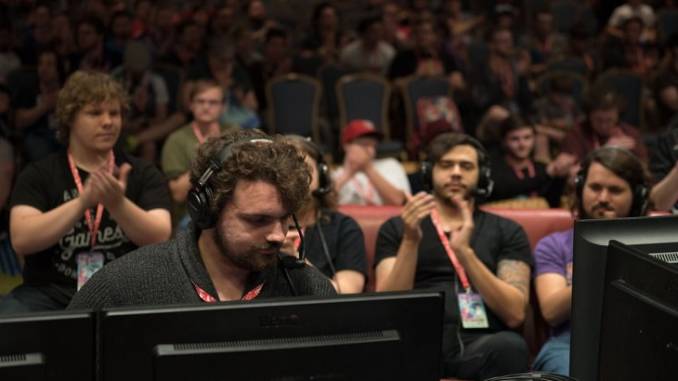 An accomplished speedrunner BubblesDelFuego was recently kicked out of a charity gaming event after he shared a cannabis edible with another attendee. For those that who don’t know, a speedrun in the video game world is when a person tries to complete an entire game as fast as possible. In fact, many of the performances on YouTube are really entertaining to watch.

Speedrunner was banned from GDQ Events after sharing his medical marijuana. via Kotaku

During a Twitch stream, BubblesDelFuego said that he has been taking marijuana edibles for years to alleviate chronic pain. This is due to pain that lingers after multiple battles with Hodgkin lymphoma during his youth. Later, he was diagnosed with the disease at age 17 and then beat it for a second time at age 19. So, while attending AGDQ in January, he shared a portion of his edible with a friend. However, his friend had a bad panic attack and was taken to the hospital.

When GDQ staff became aware of the situation and its circumstances, BubblesDelFuego was asked to leave the venue. However, he was live on-stream commentating a speedrun of Star Wars: Jedi Academy. But GDQ has guidelines for the use of “illicit substances” at its events and includes warnings in its rules regarding marijuana possession and use.

“Marijuana is a very complicated subject and we understand this. Often there is no transfer of licenses or prescriptions between states. And some states flat out do not allow for any kind of marijuana us at all,” state the GDQ rules.

AGDQ 2018 was held in Herndon, Va., where medicinal marijuana laws had not been adopted at the time.

Watch The GDQ Story from BubblesDelFuego on www.twitch.tv

BubblesDelFuego said that multiple GDQ staff members offered him advice as they escorted him from the event. Nevertheless, his tone changed later when speaking to Kotaku. This was mainly a criticism of the charity organization and claiming that the staff abused its power in removing and banning him.

So, for now, BubblesDelFuego will not be present at any future Games Done Quick events. But that’s not deterring him from speedrunning or finding the irony in the situation:

“The two-time cancer survivor is now banned from a cancer marathon,” he said in a livestream. “I’m not speedrunning or streaming or being the best. By the way, I’m still the best.”

Games Done Quick has previously banned and suspended speedrunners from events for political apparel and profanity. They also have implemented protocols to deal with the toxicity during its streams.

xCodeh Combines the Best of Gaming and Cannabis