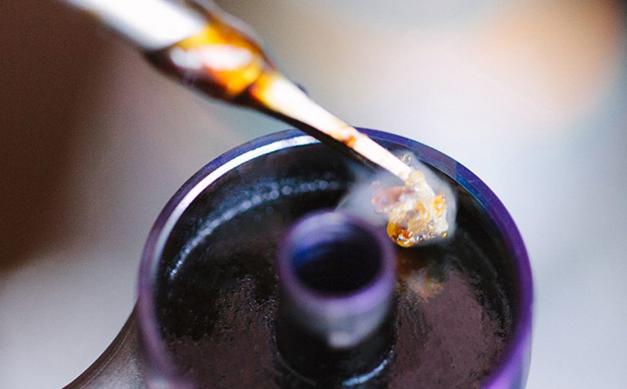 Black hash is a preparation of marijuana made from the resin of the Cannabis sativa or Cannabis indica plant. Now, to be able to talk about black hash we first need to tackle the hashish product in general. Namely, the hashish, or hash for short, is a product made of the resin of cannabis. It can be cannabis Sativa or cannabis Indica, regardless. The resin gotten from the plant is dried into blocks and on its own, it is an oily but solid substance. There are many different types of hashish recognized by the colors they range from. It can go from dark brown to black, through various shades of brown, to a dirty yellowish color. For now, we are going to talk about one particular, highly potent type of hashish and that is the black hash.

What is black hash exactly?

Black hash is the product of collecting and pressing together the cannabis resin and depending on the specific type of resin, it can be called black, goldseal black, redseal black, and Morrocan (Rocky for short). The appearance of all these varieties of black hash varies greatly. Some may look dark and shiny (a bit like licorice) and some may be lighter and dull or matte (a bit like a soup stock cube). Another thing is the texture that is different. For instance, you may get a black hash that is quite dry and hard to crumble, sticky almost like a piece of fudge, and moist, pliable just like typical modeling clay.

Just like with all the other hash types, the black hash variety can be warmed, crumbled, and rolled together with tobacco or just as an addition to your joint for that extra kick. You can also smoke it in a pipe, bong, or chillum. When it comes to smoking, black hashish has particularly distinctive, pungent odor because it’s basically a big amount of extracted resin from the flowers pressed together in a block.

Why is black hash so popular?

The reason why the black hash is loved by experienced weed lovers so much is mostly its potency. It is extremely high in tetrahydrocannabinol (THC), but the level present in one depends on the concentrate and who makes it. The high content of THC inside hash makes it illegal in many countries, although the legalization in some made the authorities turn a blind eye for its use as well.

The different varieties of black hash on the market

Black hash comes in many different forms just like regular hash. The making of it takes the same amount of time with the same practices, so you can expect more or less the same appearance of it, except, of course, for its unique black color given from the mixture with opium.

Bubble black hash is one of the most forms of hash sold around the world. You can find this variety often referred to as ice-water hash based on the method it is made through. This black hash product contains a THC range between 70 and 80 percent.

The Royal Afghani black hash is made from Indica marijuana strains. Its process is based on using water or black tea. The flowers are being pressed manually until they become very elastic and begin emitting an extremely potent smell. The Royal Afghani or Royal Border Hash as a black hash is distinguishable by its black color on the outside and brown or dark green on the inside when you try to crumble or cut it. If it had been left out unwrapped, because of the contact with the air it may even turn a bit grey. This change of color is nothing to be worried about as it doesn’t affect the quality or potency at all.

The Indian Charas black hash is made by rubbing the buds of female marijuana plants between the hands. The resin that is extracted by this process is being rolled into balls. You may even find it pressed between slabs prior to shipment. Just like the Afghani hash, Indian Charas hash is black on the outside while a little greenish on the inside. What you can notice it by are its white lines present throughout. Also, unlike the others, the Indian Charas hash has a very powdery consistency and it is most commonly sold in a finger form.

How to use the black hash?

This type of hash can be used just like any other with the precaution for newbies because it is quite potent. Users even report being trippy after smoking a decent amount of the hash. This being said, you can enjoy it in pipes, vaporizers or in joints mixed with tobacco, and probably its best form put into edibles. A real treat!

Dry sift hash: How Does It Relate to Cannabis?