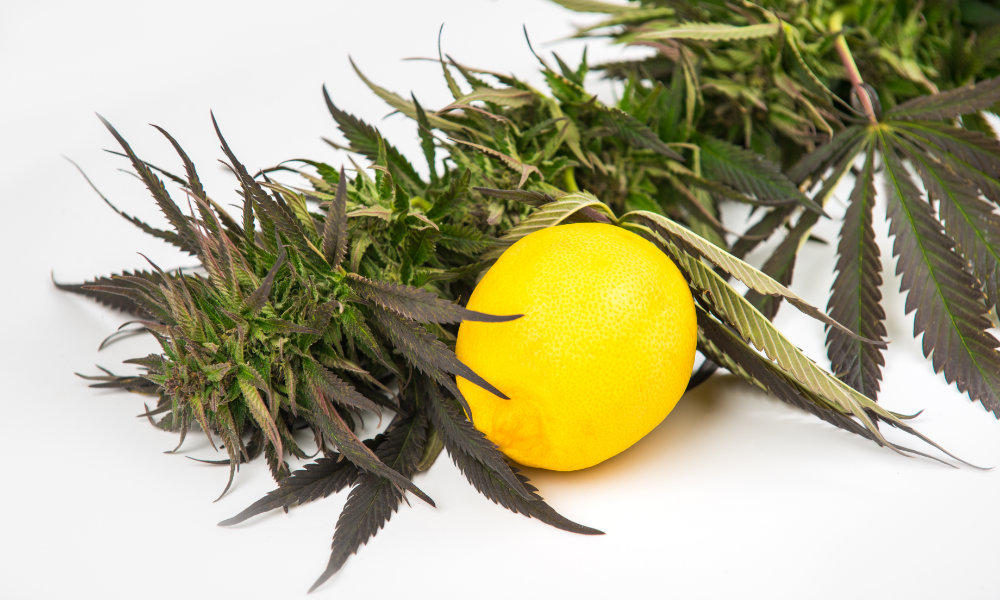 A few years ago, cannabis products were illegal across most countries in the world. The current rise in marijuana legalization has led to new discoveries. Cannabis terpenes are taking the market by storm. But what is a terpene?

What gives the pine or eucalyptus its attractive smell? Terpenes are aromatic essential oils that give cannabis and other plants their natural smell, flavor, and colors. They are hydrocarbons which are constituents of essential oils. Other names used synonymously are terpenoids and terps. However, terpenoids refer to modified terpenes in that they contain additional additives like oxygen.

The compounds not only affect the smell of a cannabis strain but also determine how it reacts with the user, like anti-depressant effects. Cannabinoids are not enough to give the relaxation effect without the terpenes. There are well over 20,000 terpenes with over 100 coming from cannabis plants.

Cannabis terpenes are secreted in the same glands that produce cannabinoids like tetrahydrocannabinol (THC) and cannabidiol (CBD). They give marijuana distinctive flavors and smells like pine, berry, citric, cider, and mint.

Initially, the use of terpenes in cannabis was meant for repulsion of pests and attraction of pollinators. The compounds are affected by factors such as light intensity, humidity, soil type, and age of harvesting. Inconclusive reports show that terpenes affect the effect of a strain of cannabis.

The Difference between Terpenes and CBD

The strong scent of terpenes sets them apart from flavonoids and cannabinoids. Both compounds are produced in the trichomes which are found in the buds of cannabis plants. The fragrance as a result of the terpenes keeps away predators because it acts as a repellent.

On the other hand, cannabidiol is active compounds extracted from cannabis and accounts for around 40% of the extracts. It is known for relieving anxiety, alleviation of movement disorders and pain. It is among more than 100 other cannabinoids found in cannabis plants. The smell also attracts pollinators to help in the pollination of flowers.

CBD and THC seem to get all the credit for the benefits associated with cannabis plants. That is not the case because there are other compounds that have therapeutic effects. Terpenes are one of the beneficial compounds found in hemp or marijuana. There are over 100 terps found in cannabis. The terpenes are grouped into 4 broad categories as sweet, bitter, sour, and spicy depending on their taste and fragrance. A terpene chart gives a more elaborate analysis of each taste or smells under each of these categories. Here are some of them and their benefits.

Initially, the use of terpenes in cannabis was meant for repulsion of pests and attraction of pollinators

This is the most abundant type of terpene in both marijuana and hemp strains. It makes up more than half of the total number of terpenes. It is fragrance is anything between a mixture of red grapes and cloves. It makes cannabis indica quite sedative. Skunk XL and White Widow contain the highest amounts of the compound. It is reported that myrcene is useful in the alleviation of chronic pain and inflammation. It is rumored that eating a mango before smoking marijuana increases the uptake of myrcene because it has a high concentration of the terpene.

The name suggests that this has something to do with a citrusy fragrance. It is the second most abundant terpene in cannabis and hemp plants. The compound is found in abundance in citric fruits. Cannabis strains that have limonene in plenty include Durban Poison, Lemon Haze, Sour Diesel, and OG Kush. The terpene helps in the alleviation of anxiety and also fights some bacteria and fungi.

This terp is abundant in pines but it is also found in rosemary, basil, orange peels, and cannabis plants. The terpenoid helps in counteracting the effects of memory loss caused by THC. It also unclogs the respiratory system and it is also essential for arthritis and Crohn’s and cancer symptom alleviation. Strains that contain high amounts of the terpene include Jack Herer, Island Sweet Skunk, Dutch Treat and Blue Dream.

This is the most recognizable smell and taste of cannabis. It gives the plant and its by-products the distinctive smell. It can provide relaxation, alleviate anxiety as well as depression. It can also help in fighting seizures and reduce tumor growth. Some plants that contain high levels of linalool include coriander, lavender, and mint. Special Kush, Lavender, OG Shark and LA confidential are some strains that contain a high level of linalool.

This terpene also acts as a cannabinoid. The terpene has a spicy and peppery aroma characteristic to cinnamon, cloves, black pepper, and basil. It is common in most cannabis-based pain-relieving topical applicants. The terp also helps in alcohol rehabilitation by reducing withdrawal symptoms. It also alleviates alcohol cravings. It is abundant in strains like Rockstar, Super Silver Haze, and OG Kush.

Unlike other strains that cause increased appetite, humulene is quite different. The terp causes a strained appetite. It also has anti-inflammation and anti-bacterial effects. The terpene is common in hops, cloves and basil plants. Some strains that contain a considerable amount of the terpene include Liberty Haze and Girl Scout Cookies.

The Terp is believed to have an uplifting effect. It is the most dominant in a tenth of all the strains. The compound is also found in lilacs, cumin, and nutmegs. Some strains that have the terpene include Jack Herer, Ghost Train Haze, and Chernobyl.

How to Use Terpenes

Terpenes are added to cannabinoids to improve the experience of smoking cannabis. Apart from that, they also improve the therapeutic effects of marijuana. You can add terpenes to your marijuana buds to refresh a stale pipe. Terpene oil is also common in the manufacture of skin and beauty care products. You should use the dropper that comes with the terp bottle when adding the compound into your pot. You can also add the terps as solid concentrates to your vape.

Because terps are found in limited amounts in cannabis, they are mostly extracted from other plants. It is almost infeasible to salvage quality and good-tasting terpenes from marijuana or hemp. The companies that have made a breakthrough in the extraction of the compound always sell their products at a higher price because of the expensive distillation process.

Terpenes are not letting THC and CBD run the cannabis show. They are gaining popularity even among celebrities. The Kardashians hired a terp company to supply terpene infused tea during their baby shower for CBD and meditation. That tells where terpene products are headed.