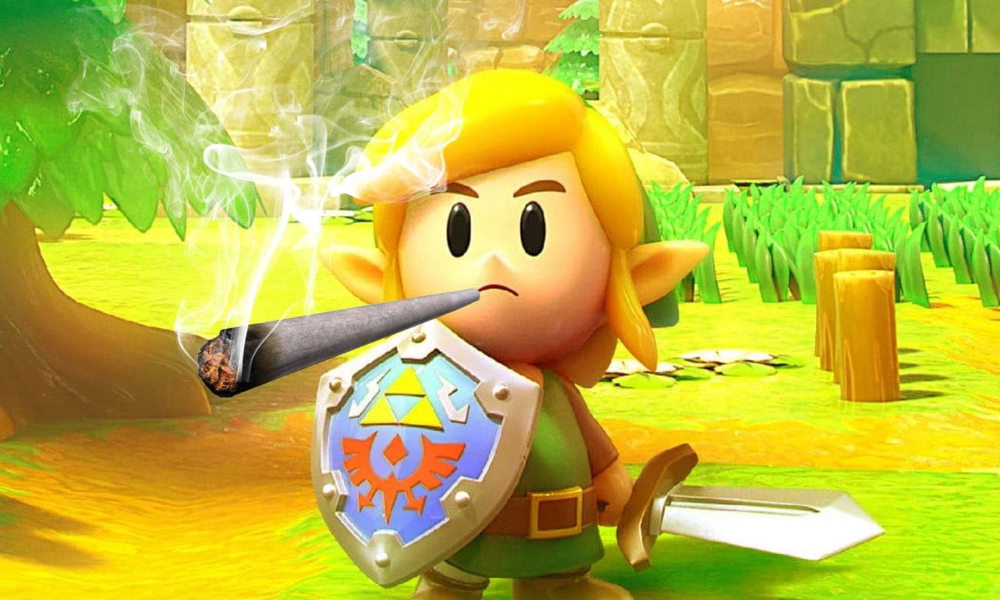 Link’s Awakening for the Nintendo Switch is an HD remaster/reimagining of the original game of the same name released for the Nintendo Gameboy in June 1993. This is one of the more bat-shit crazy Zelda games you can find, as it is set immediately after the events of Link to the Past (SNES 1991). After setting off to sea, Link is caught in a massive storm that leaves him shipwrecked in a dream-like state on the shores of Koholint Island. It includes many surreal qualities that aren’t normally present in Zelda games; namely the giant egg that seems to be plugging a volcano in the middle of the island. There is also an extreme lack of familiar faces (Zelda, Ganon). Many of these choices are explained by the fact that Link’s Awakening was originally created as a passion project by a team of developers led by Takashi Tezuka (who had worked on Link to the Past but still felt there were ideas they had yet to explore). Link’s Awakening is a creative and refreshing game that takes what we know and love about the Zelda franchise and smokes a big fat joint with it so that we are left with something familiar, yet off the usual path.

…and now, to pair it with a strain…

One of the more unique defining characteristics of the Mandarin Cookies strain would be the combination of strong citrus and diesel terpenes, letting you know instantly that you are in for a treat. Crossing Forum Cut Cookies with Mandarin Sunset, the high is sedative yet not couch-locking, keeping you awake for long hours of traversing dungeons and killing Moblins like a bad-ass. This Sativa dominant hybrid will definitely tingle your taste buds. Many report feelings of creativity when smoking this strain, which will come in handy as you must figure out the challenging yet simplistic puzzles all across the landscape of Hawaiian Hyrule.

Check out twitch.tv/highermentality420 every Wednesday for Press X to get High (8pm EST ‘til late) to see more exotic strains get smoked by some silly boys!

What Are Terpenes and Why Are They Important?