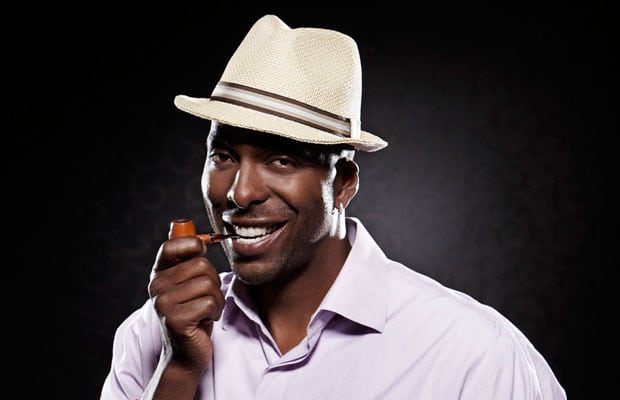 When it comes to incorporating cannabis into a healthy lifestyle, cannabis is becoming more of an option.

We’ve heard the stories of the NBA, NFL, MMA and UFC all dealing with athletes and cannabis use. Many athletes are coming forward and advocating for free cannabis use. Among the list of pro athletes overtly supporting marijuana use is four-time NBA champion and actor John Salley. In addition, he recently announced the launch of his new premium cannabis brand, Deuces22, and his involvement with marijuana testing company Green Space Labs.

“You need to make sure your weed has no pesticides, no stems, no sticks… Nothing that can harm your body,” he added. “It’s clean, healthy and organic; or it is nothing at all.”

John partnered with his daughter, Tyla. At twenty-one years old, Tyla is the CEO of their joint venture, Deuces. via Dope Magazine

John Salley was born in Brooklyn, New York. John Salley is a well-known vegan and advocate of healthy living who tried cannabis for the first time in his mid 30’s.

And the product isn’t always the best. But he found it’s about the conversation. Salley fits cannabis into a daily health routine of yoga, vegan eating, and plant-based medicines. He went on to explain that cannabis is for purity and him launching a portable testing device with benefit in that knowledge,

“I understand you sometimes have to have the cheapest sh*t there is. But, if you can afford something better, you should. You should never mess with your health,” he said. “People often tell me to chill, to just smoke the weed and be happy. But that’s how you die.”

“I was taking eight to twelve Advil a day for nine years. Can you imagine how my liver and kidneys looked like then?” he continued, returning to his own experience with cannabis and healthy living.

“Cannabis changed my life, and I know it will change a lot of other people’s lives as well.”

John Salley Getting Used To Cannabis

Cannabis was always around John Salley. His family was fine with it, he said.

“But I was the stiff one, same as in my squad, in my NBA teams. So I was always telling my teammates to take care of their bodies, to be aware of what they were pushing into their bodies. I only tried cannabis in the year 2000, when I retired from the NBA. Now, I want to be helpful. But I don’t want the credit. I want the plant to get the credit. All I want to do, and I want writers like you to do, is to create awareness about the benefits of the cannabis plant.”

Salley went on to justify how it helps his healthy lifestyle. The benefits of the plant allow those to medicated without any damage to the liver. kidneys or spleen. One of the things Salley mentioned several times in the conversation was that holistic approach to wellness. This idea includes yoga, healthy eating, veganism, meditation, and medicating with cannabis. Athletes are only going to benefit from this holistic approach to wellbeing.

nevertheless, Salley is very pro-cannabis. Dealing with an unhealthy colon he went on to change his diet and lifestyle. Firstly, it started with micro-biotics, into becoming a vegetarian and turning to full vegan. All these coupled with cannabis.

“I became woke at 40. Since then, I’ve made it a point to lead a healthy life. Many NBA players die before they turn 60; I don’t want to die that young. Cannabis helps me relax my body. Combining it with a healthy lifestyle gives me the feeling of wellness I like. It’s not just one thing… It’s a whole way of life.”