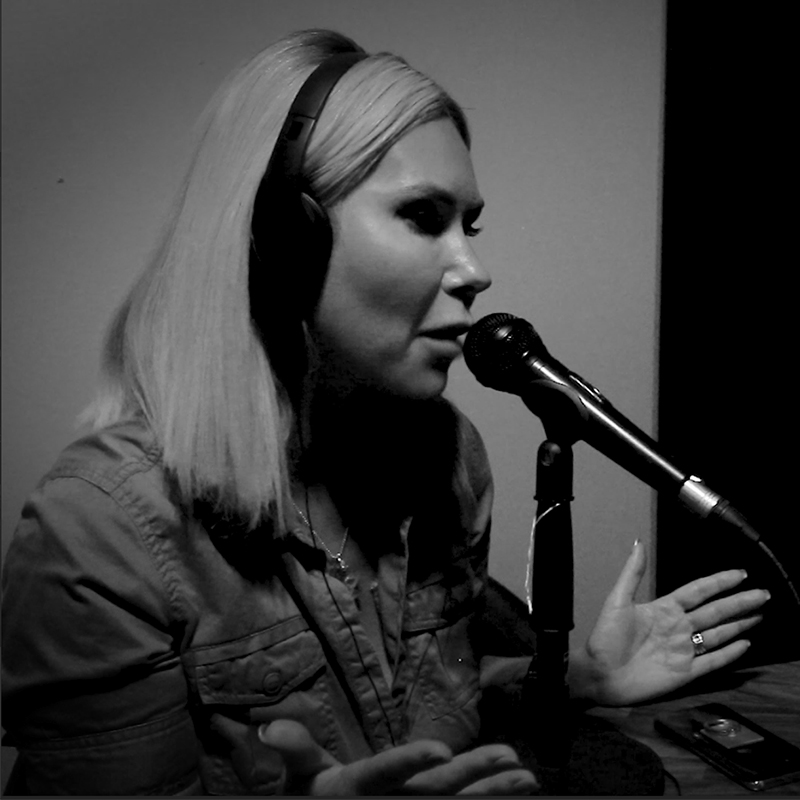 This session of Get Into The Weeds features Jacqui Childs, author of her book “Ignite Your Inner Warrior”, adult model, former Naked News host, and social media influencer. She goes over her use and introduction of cannabis beginning with her medical use, her social media work and other fun stuff!

Born and growing up in Burlington, Ontario, Jacqui bursted into the modeling scene by age 21. Having completed over 150 photoshoots and published in dozens of publications, worked for a short time as an anchor for Naked News and now does influencing work on all her social media platforms.

Her interest in cannabis began while she was fighting a wide array of medical concerns such as Chrons disease. After growing up to be strongly anti-cannabis and succumbing to typical ‘reefer madness’ influences, she began using cannabis medically after going cold turkey off her pharmaceuticals.

She now loves to spread the word and drive the culture of cannabis forwards in the best ways she can. She works at full tilt, defying the odds of age with her work ethic, youthful looks, and high energy!

Jacqui opens up early about what she initially knew about cannabis and how she was always told the typical ‘reefer madness’ era misinformation and grew to know that. After her multiple years of her boyfriend’s (now husband) father begging her to try CBD for relief of her Chron’s disease.

Only in the middle of 2016 did she cave in and begin using CBD, after going cold turkey off her plethora of prescription meds. After successfully coming off her prescriptions, she was amazed as to how effective cannabis was in comparison.

Jacqui then starts comparing cannabis to alcohol in a variety of ways. In terms of her own children and other youth, she’d much rather them “playing cards, eating pizza, and smoking pot rather than doing shots of tequila all night and drinking a case of beer”.

Ben later reveals how he thinks cannabis edibles and legalization is a few years away as it’ll take a while to figure things out with intoxication limits and so forth. Edibles as they are so incredibly different for everyone and it is important to take it slowly with them in terms of legalization.

The group begins discussing the new wave of cannabis users coming in from both sides, recreational and medical. Even older women, classy ‘posh-like’ circles, and people from all walks of life are becoming interested in cannabis and seeking it out.

Jacqui discusses her work as an influencer and what an influencer does in terms workload. She discusses her role at the upcoming Karma Cup 2019 in Toronto as a judge. Drifting back onto the discussion of influencer work, Jacqui reveals how just her Facebook page being closed for 11 months was such a big hit to her income and work overall, and sheds light on how fragile that entire ecosystem is.

The podcast wraps up with Jacqui saying how becoming an influencer doesn’t require a marketing degree or supplemental educations, rather with trial and error and hard work. Lastly we finish with obligatory self-plugs for social media links, which you can promptly follow down at the bottom of this page!

0:00 – Beginning of the podcast and brief introduction of Jacqui Childs

1:15 – Jacqui discusses her book ‘Ignite your inner warrior’ and how she started doing what she does.

6:00 – What Jacqui knew about cannabis while growing up and what she knows about it now.

7:30 – How Jacqui began using cannabis and it replacing her slew of prescription medications.

14:00 – Discussing the misinformation coming about relating to cannabis and its medical benefits.

15:30 – The negative sides of cannabis and how Jacqui sees it compared to alcohol, especially for youth users.

18:20 – What the future holds for cannabis edibles and regulation for intoxication limits.

21:00 – Jacqui tells her experience of developing her rainbow vision superpower while on edibles.

22:30 – Media portraying misinformation on cannabis use and sensationalizing things.

24:20 – Even posh and ‘fancy’ cliques of people are beginning to use cannabis medically and recreationally.

26:20 – How some mainstream medias sees cannabis as a ‘risque’ niche, even for an adult model.

29:00 – How Jacqui feels about the cannabis community around her.

32:20 – Jacqui’s vision of making ‘classy cannabis’ for people in her demographic.

37:30 – Manufacturers and brands having to work around packaging and marketing restrictions.

40:05 – Jacqui shedding light on how volatile and fragile the livelihood of influencers is when it comes to social media platforms.

44:00 – Jacqui hits on Ben and the podcast begins wrapping up.

If you’re keen on keeping up with the posts and ideas of Jacqui Childs, head on over to her Twitter and Instagram for more!

Check out the last and inaugural episode of Get Into The Weeds with Sarah Hanlon, Big Brother Canada winner and outspoken cannabis advocate. Also follow up on the brother podcast Mass Nerder Ep. 101 w/Sarah Hanlon to hear more from her!