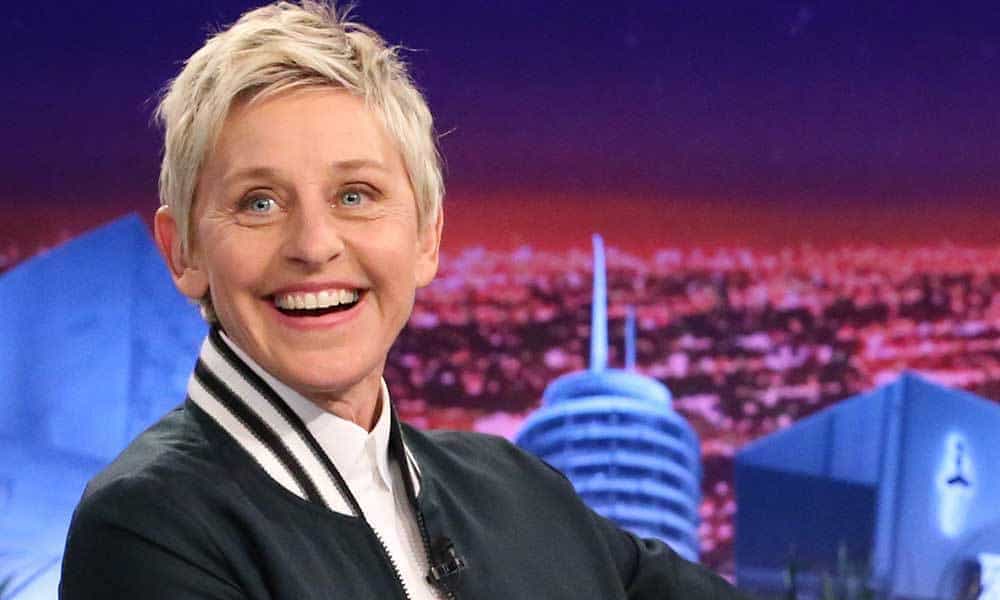 So, Who Is Ellen DeGeneres?

Ellen Degeneres is an American comedian-turned-actress-turned-talk show host. DeGeneres got her start doing stand-up in New Orleans. In addition, she toured during the early 1980s. In 1986, she got a gig on The Tonight Show with Johnny Carson that helped launch her career.

From there, DeGeneres was able to land a few roles on American sitcoms. In 1994, Ellen got her own sitcom titled These Friends of Mine. And now, after a few bumps, and fighting for the LGBTQ community Ellen has one the most talked about shows on tv. The Ellen DeGeneres Show!!!

Ellen Degeneres may not smoke weed, but she sure knows how to make us laugh. via High Times

Here are a few reasons one might think Ellen was cool with smoking. However, she hasn’t admitted to smoking cannabis. But let’s get real, she has never shied from speaking about weed.

In fact, Ellen chose to sell merchandise specifically advertised to stoners on the unofficial weed holiday, 4/20. This led to her talking directly to her audience of cannabis consumers during her talk show.

Green Rush Daily used this as evidence when they reported on Ellen DeGeneres smoking weed in August.

Ellen responded to a video by the online magazine Civilized, which was posted in October, using the exact same pieces of evidence as the Green Rush Daily article, with no credit to the original source.

“So there first piece of evidence is that I sold merchandise to marijuana users on 4/20. That does not make me a smoker, it makes me a smart business lady. You are never too high to buy Ellen underwear,” Ellen told her audience during a recent segment.

Ellen has also been known make a ton of weed jokes, like when she re-titled children’s books “The Little Engine That Couldn’t Get Off The Couch” and “The Very Very Very Very Very Hungry Caterpillar.”

The final piece of evidence in Green Rush Daily’s “Does Ellen DeGeneres Smoke Weed” article was a joke she tweeted a few years back.

US marijuana sales might top $2.3 billion this year. I’m not saying I support it. I’m just saying it’s now available in the Ellen Shop.

Ellen ended a recent segment by stating that she does not currently smoke marijuana. However, she joked that she may have smoked in the 20-year-old photo used by Civilized. She also shared that one of her writers smokes weed. So, maybe he could be behind some of the weed-themed jokes on The Ellen DeGeneres Show.

Conclusion, Ellen hints that she may have smoked weed in the past but definitely doesn’t right now.

Five Authors Who Have Smoked Weed