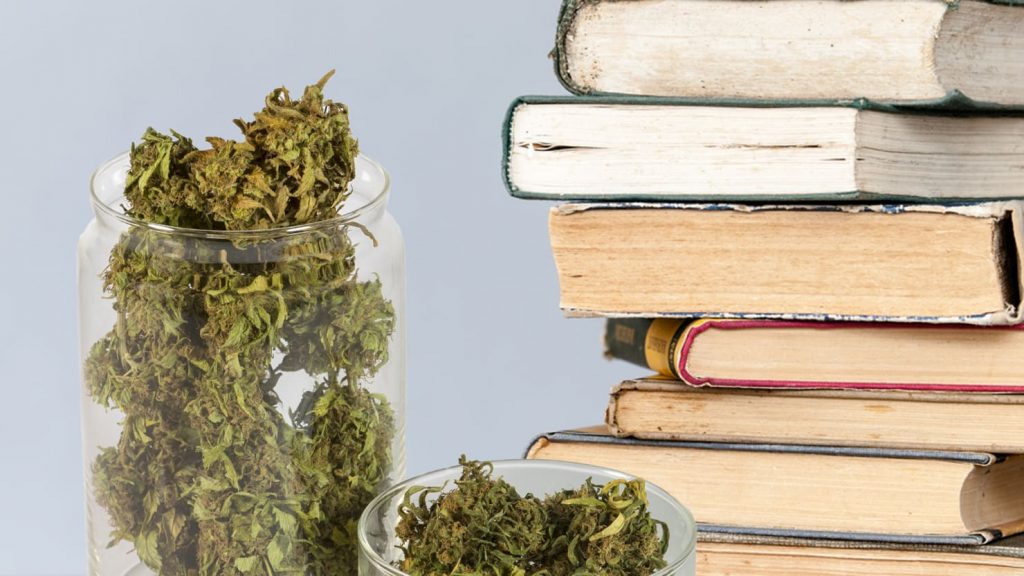 Did you know some of the greatest authors in history have indulged in our favorite herb?

Whether you like reading poetry or fiction, authors have turned to cannabis for a little help. Some of the greatest authors of all time have even tried it and to no surprise…it does spark creativity! Here are the top five authors who smoked weed, and some who have even written about it.

Five Authors Who Have Smoked Weed

Stephen King is an American author of horror, supernatural fiction, suspense, science fiction, and fantasy. via COS

One of the most prolific authors who has smoked weed is Stephen King. He is the genius behind some of our favorite horror flicks like The Shining and Carrie. Despite his success, he has also had a long history of drug use. Weed, however, was a different story for King. Way back in 1981, High Times interviewed Stephen King, who argued for weed legalization. Although King confesses he doesn’t smoke much anymore, he does still enjoy a good mellow high at the movies.

“I think that marijuana should not only be legal, I think it should be a cottage industry,” King told us.

Dr. Carl Sagan has amazed viewers by unraveling some of the biggest mysteries of the solar system, how stars work, the search for intelligent life beyond our planet. via Big Think

It’s not a surprise that one of the most creative scientific minds of our time has used marijuana. Carl Sagan is best known for his contributions to astronomy, and his belief in extraterrestrial life. In addition, Sagan is known for being a big believer in marijuana. Sagan was such a fan of the herb that his friend, Dr. Lester Grinspoon, author of Marijuana Reconsidered, included an essay by Sagan in his book.

“I see with awful certainty the hypocrisies and posturing of myself and my fellow men.”

The New York Review of Books named Susan Sontag one of the most influential critics of her generation. However, Susan Sontag is also best known for her thoughts on photography, art, life, and coverage of the Vietnam war. In addition, she smokes weed.  Sontag has even supported weed when it was at its most controversial.

“I think society is addicted to a very destructive and unhealthy drug. Namely, alcohol certainly has no right to […] the use of a drug which is much less harmful.”

Baudelaire was one of many authors who smoked weed. Admittedly, he was a more reluctant fan of the herb. In addition to creating Les Fleurs du Mal, Baudelaire wrote about his drug experiences in Les Paradis Artificiels which compares alcohol and hashish. In addition, he criticizes both substances. Alcohol causes excitement, frenzy and lays flat of all spiritual forces. On the other hand, marijuana causes imaginations to run wild but takes a toll on physical force.

He concludes that hashish leads to the feeling that “every philosophical problem is resolved. […] Man has surpassed the gods.”

William Shakespeare, also known as the “Bard of Avon,” is often called England’s national poet and considered the greatest dramatist of all time. via Biography

We can’t prove that Shakespeare was a member of the group of authors who smoked weed. However, we do know that in 2001, a group of scientists unearthed several pipes dating back to the time of Shakespeare in Shakespeare’s garden. And guess what? Eight of the pipe fragments contained cannabis! Experts have looked into Shakespeare’s sonnets for hints. In it, Shakespeare writes, “Why is my verse so barren of new pride […]. Why with the time do I not glance aside. To new-found methods and to compounds strange?”

Though this sonnet might suggest that Shakespeare stayed away from drug use, how would he know if he hadn’t tried it?

Shakespeare writes, “And keep invention in a noted weed.”

Five Scientists Who Smoked Weed and Made a Difference

Ellen Degeneres: Does She Smoke Weed?