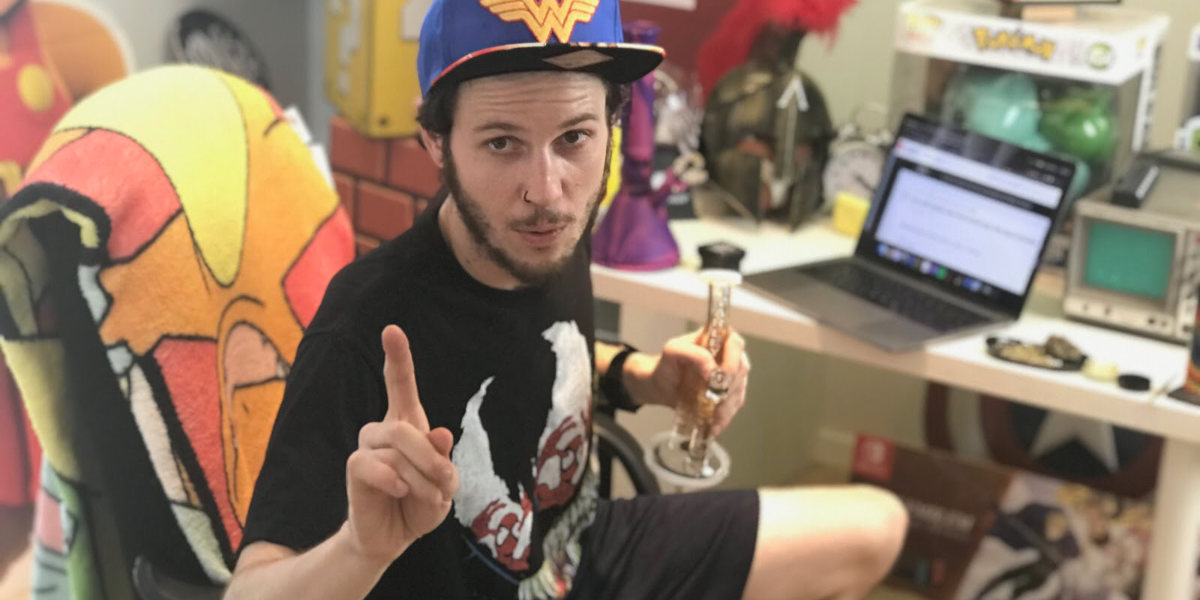 After weeks of panic, it turns out Sony’s Tom Rothman may not be this universe’s Green Goblin as Disney feud over Spider-Man resolves.

As it turns out, in an exclusive story released here on Higher Mentality with Ben 64 of Press X To Get High, and illicit shatter dealer Roach, our publication “called it” by predicting, “This will probably all work itself out.”

However, some of the predictions in that article have not panned out. When we originally approached illicit shatter dealer Roach – who has recently updated his current local weed scene credibility resume to include “reddit commenter “- he was convinced Sony Pictures head Tom Rothman, “may be this universe’s Norman Osborne (AKA The Green Goblin).” Roach had this to say when asked if he wanted to make a redaction: “Dude, I’m all over Todd Phillips’ ‘Joker’ now. Haven’t you been reading the news? The only multiverse people care about right now is WB’s Crisis on Infinite Earths. No one is talking about Sony.”

However, when presented with rumours that had been sprouting up on the internet in late September about Apple Computers potentially purchasing Sony Pictures – which would revert Spider-Man’s film rights back to Disney – Roach looked annoyed, smoked a dab, then said, “Marvel was for babies.”

These very rumours led to theories on nerd-based websites and by podcast hosts – like Cole Rispin of the Mass Nerder Podcast – to speculate that Sony and Disney continuing their relationship would ultimately maintain Sony’s current value, which is ample considering Sony valued Spider-Man’s film rights at $10 billion when Disney looked to re-squire the web slingers’ film rights.

You can check out the full history and story below, and get all the scoops on Sony, Disney, and “Crisis On Infinite Earths” on this week’s episode of Mass Nerder.

Spider-Man fans upset about recent Disney / Sony split, seriously considering the possibility that Tom Rothman may be this universe’s Green Goblin, and might even get around to doing something about it.

Reports hit the internet late Tuesday afternoon about Sony and Disney failing to reach an agreement on the distribution of Spider-Man, the beloved Marvel Comics character to whom Sony owns the film rights.

The dispute resulted in Spider-Man reportedly being expunged from Disney’s Marvel Cinematic Universe (MCU), and Marvel Studios head and rare-living-proof-that-film-executives-aren’t-inherently-evil, Kevin Feige, will no longer be producing the films any further.

“This is total bullshit.” said Twitch user Ben64, “Venom was a giant turd of a film and now two Spider-Man 3’s are going to get fucked over by Sony!” he screamed as he misquoted a meme that struck a nerve.

Sony Pictures famously bought the Spider-Man film rights in the 90’s when Marvel Comics was in financial crisis. The studio, which produced Sam Raimi’s Spider-Man Trilogy, Marc Webb’s The Amazing Spider-Man films starring Andrew Garfield, and co-produced the last two films with Marvel Studios, has a known history of letting down fans with mediocre films. Last year’s Venom, while a financial success, insulted comic book fans who take their fandom way too seriously.

Ben64 enters a stage of acceptance and contemplates out loud, “I mean, fuck Disney, but also, fuck Sony.”

It would seem most people freaking out on the internet are pointing blame at Sony, with few holding Disney responsible. Hashtags like #FuckSony, #SaveSpidey and our personal favorite, #StormSony, which is a take on #StormArea51, are trending all over the twitter verse.

However, a tweet from Sony released this week insinuated that Disney won’t let Kevin Feige work on films that aren’t 100% Disney owned.

While Sony’s story makes sense, and could be really happening, it makes a lot more sense to illicit shatter dealer, “Roach,” that cartoonishly-evil-movie-executive Tom Rothman is likely our Universe’s Norman Osborne, known more for his alter ego, The Green Goblin.

Roach talking some reason at the Bong Mansion dab bar.

“Think about it, we KNOW Spider-Man exists in a Multiverse.” began Roach, “We KNOW this. So, why can’t Norman Osborne actually be our universe’s Tom Rothman? I mean, Mary Jane in the new films has a different name right? What if Tom Holland, the kid who plays Spider-Man, is OUR universe’s Spider-Man and needs our help? We need to storm Sony and find out what’s going on over there, bud!”

During his time as head of Fox, Rothman was infamous for producing extremely low level comic book adaptation films like X-Men 3 and the Fantastic Four films starring Jessica Alba. But as head of Sony Pictures, Rothman and Sony could be posturing the company for a long future with Spider-Man and his associated properties. Sony recently purchased Insomniac Games, the company that makes the beloved spider-man video game, which would seem to indicate nefarious Green Goblin like deeds taking place behind the curtain.

Still from the Spider-Man video game on PS4

The basic points of the original partnership made in 2015 were structured as Sony fronting the money for all of Spider-Man’s solo films, with Feige, Marvel Studios and Disney producing and taking over creative control. In exchange, Disney could use Spider-Man in the Marvel Cinematic Universe freely.

While most sites are reporting that the new agreement fell through due to Disney and Sony having a standoff about Spider-Man’s solo film profits, suggesting Disney wanted to pay 50 percent of the production costs with Disney and Sony splitting the profits 50/50, our news team at Higher Mentality feels Roach’s theory may be the most sound. The fact that the two mega corporations couldn’t come to an agreement further supports “Tom Rothman may be this universes Green Goblin”

Roach getting prepped to #StormSony

”What better way to get revenge on Spider-Man than to make his fans abandon him?” stated Roach while exhaling from his e-nail, “He’s clearly the fucking Green Goblin, bud. This is why we have to storm Sony. With great power comes great responsibility!”

When presented with the #StormSony option, Twitcher Ben64 was all for it, but just wanted to crush a quick dab before leaving the house.

After consumption, Ben64 stated, “Actually, it’ll probably just work itself out. They all want to make money.” Then he stopped worrying about it and played video games instead.

Catch Ben64 live on Press X To Get High every Wednesday.