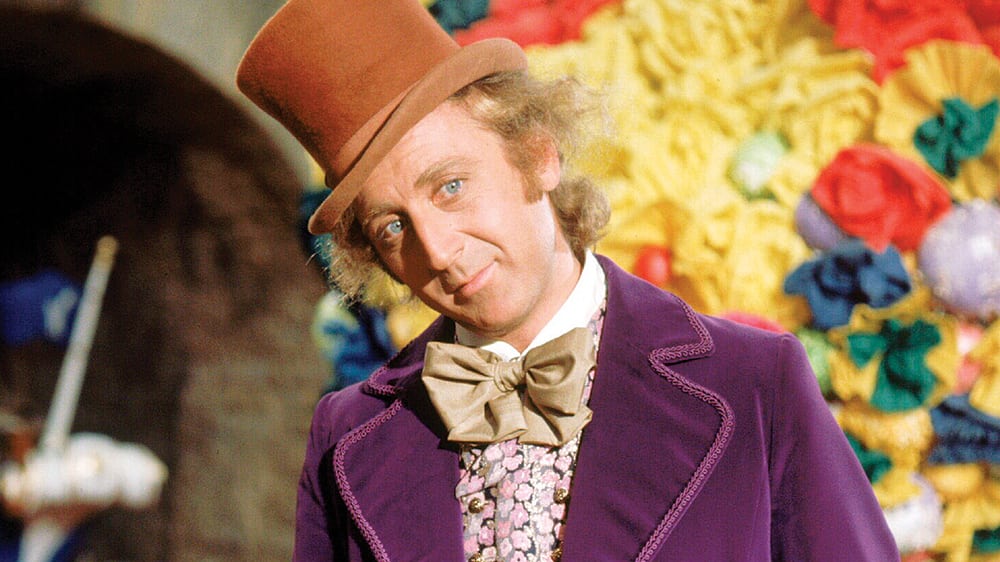 Why do we love the story of a crazed child murderer so much?!

Willy Wonka & The Chocolate Factory (or Charlie & The Chocolate Factory, as some of you might know it) is nothing short of a classic. At first, it was a children’s novel by Roald Dahl in 1964. It was then made into a feature-length film in 1971, starring the great Gene Wilder. Later, it was again made into a feature-length film, this time in 2005, starring Johnny Depp. Through every incarnation of the tale, one thing has stayed consistent: Willy Wonka is not the fun, whimsical entrepreneur they’d like you to believe. In fact, the character is a terrible, murderous sociopath.

He’s awful! He’s arguably the most grotesque, heinous characters in any fictional tale, and yet he’s revered as a fantastic, carefree, fun-loving spirit. No! He’s a child murderer! All those valuable lessons the audience is supposed to be learning are being taught through kid’s blood! Sure, it’s important to learn to share or not to steal or any of that B.S., but was it really worth all the casualties? Was it?!

For those unfamiliar with the tale, it’s about a group of kids who win a contest and get the chance to tour Willy Wonka’s wonderful chocolate factory. He takes them around, shows them how everything’s made, shows off his miniature slaves (we’ll get back to that later), and gives a sneak peak into the latest and greatest in candy innovation. He also teaches some valuable lessons about gluttony, following rules, and avoiding selfishness. Unfortunately, his medium for teaching said lessons is cold-blooded murder. Seriously, he’s a damn serial killer and we’re all okay with this?!

Unlike most murderers, who tend to have a specific style to their killing, Wonka works in a variety of ways. He’s no Zodiac Killer or Human Dracula; he’s just as liable to zap someone into a television screen for eternity, as he turns them into a hideous, robust, purple sphere, or let them drown in a river of chocolate. He even comes within an inch of murdering Charlie and his grandfather, the two protagonists of the whole story, via ceiling fan.

“Seriously, he’s a damn serial killer and we’re all okay with this?!”

Now, let’s even overlook the murders for a second (or try to, at least); he’s also a slave-owner. Of course, I’m talking about the Oompa Loompas.

Those poor little guys are kept within the confines of that factory, unaware of the world that exists beyond those walls. They’re forced to make candy and sing all day, and you can just tell by their expressions and demeanors that they aren’t happy. There isn’t a single Oompa Loompa smile (not even a smirk) throughout any Willy Wonka movie. They’re miserable, and we don’t even know what sort of wages or awful working conditions they’re forced into. We can only assume the worst for those miniature orange laborers.

All things considered, it’s unfathomable that this man isn’t locked up behind bars. Instead, he gets to cartwheel around a candy factory and trick little kids. He’s considered a childhood icon and a source of whimsical knowledge and fantasy, yet we should really be seeing him for what he truly is: a sociopathic murderer without any remorse whatsoever. Shame on you, Willy Wonka.

And don’t even get me started about Grandpa Joe, you selfish bastard. The guy claims to be bed-ridden for decades and has Charlie wait on him hand and foot, but the second someone mentions a free trip, he’s up and about with functional legs? Are you kidding me?! Anyway, that’s another rant for another time.