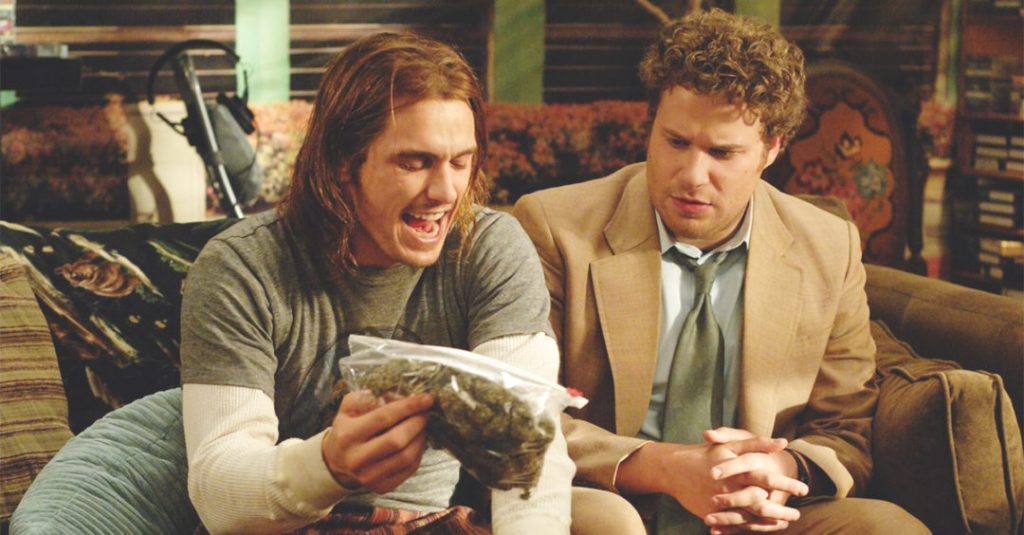 How many of these classic weed moments do you remember?

Let’s be honest here; stoner movies are the best kind of comedies. There have been so many hilarious on-screen marijuana moments throughout the years, that choosing the best ones is a difficult task. “Difficult” doesn’t mean impossible, though. So, here’s a list of the best weed scenes in movie history.

Pretty much anything Matthew McConaughey says is cool, but this line, in particular, is the epitome of it. It’s so simple, yet so powerful. So harsh, yet so true. Even though this clip is only a couple of seconds long, it’s easily one of the best parts of this classic movie.

This clip from Revenge Of The Nerds offers a valuable lesson: if a party is boring, a quick and easy way to have some fun is spark up a joint. Not just any joint, though; a wonder joint! Notice the size of the joints Bobcat has hidden in that pocket of his… holy cow!

I’m sure many of you can relate to the pressures of demanding parents (or friends, or society) being a burden on your day to day life. Sometimes you just want to sit back, relax, smoke a big joint and not worry about all the stresses of life. Here’s a free lesson from Kumar on how it’s done.

While we’re covering Harold And Kumar, it’s no secret that these guys loved to smoke weed. In fact, Kumar loved weed so much he even had a riveting fantasy about it. Here’s a little bonus clip:

While this scene isn’t particularly fantastic in any specific way, nor is it even funny, what makes it so memorable is the person playing the role of the lazy, couch-living stoner. Yep, that’s Brad F’in Pitt, in one of his first ever movie roles. While the scene might not be comedic, the fact that Brad is smoking a joint in one of his first ever on-screen appearances is funny enough to be included on the list.

Who would have guessed that a movie featuring Mark Wahlberg talking to a stuffed animal would end up being so hilarious (and also so R-rated)? The movie is filled with a bevy of drug-references, but this particular one where Ted mentions the different weed strains is particularly hilarious. Would you try “This Is Permanent”??

Is there a more iconic cult classic than The Big Lebowski? Everything about this film is pure classic. The Dude has become something of a religious leader to many diehard fans who live their lives by his rules. After all, the dude abides. And getting high was definitely part of that way of life.

This movie was so ahead of it’s time in so many ways. Weed still had a massive negative stigma around it at the time, but Chevy Chase and Bill Murray weren’t afraid to make jokes about it regardless. In this particular scene, Murray plays the groundskeeper who shows off the new type of grass he’s developed for the golf course… and it serves a secondary purpose as well.

Maybe it’s just me, but I’ve long contested that Walk Hard is a criminally underrated movie. It’s so, SO funny yet constantly gets overlooked when discussing the best modern comedies. In this scene, Dewey gets introduced to marijuana as his band mates try to shelter him. It’s the first in a long line of drug introductions that change his life.

What would this list be without Half Baked on it? It’s the quintessential stoner movie. In fact, picking out one scene as the “best marijuana scene” would be criminal, therefore he’s just a really funny scene where Dave Chappelle and the guys get high and go talk to a drug dealer. If you haven’t seen this one, I highly recommend getting high and watching the entire movie.

Who was the First Person to Drink Animal’s Milk?!