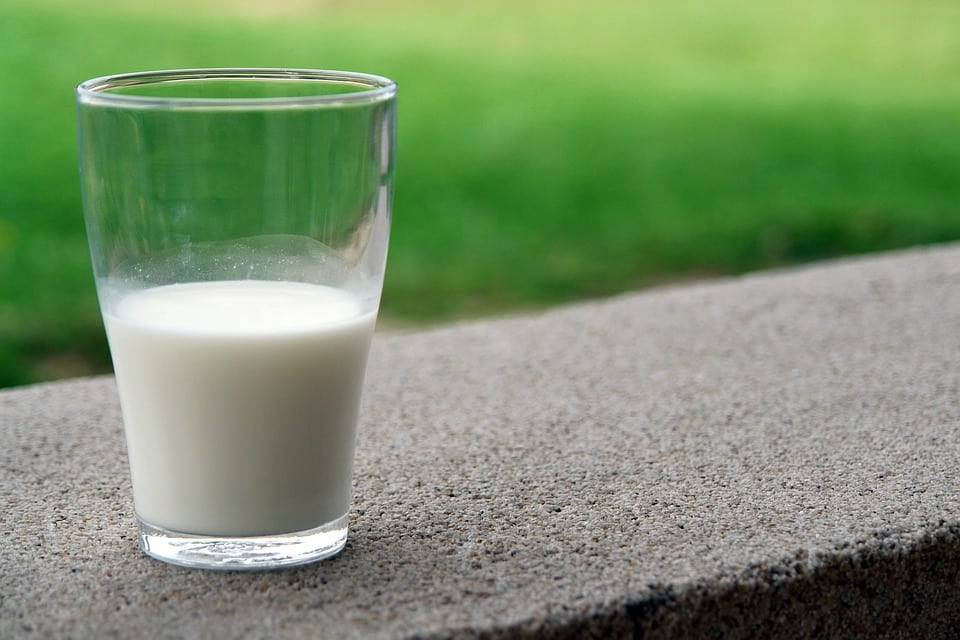 Hey, the first person to drink milk, what were you thinking, buddy??

Sometimes I wonder how certain things came to be.

For example, I can recall watching the Olympics one summer and being in awe of the pole vault. Sure, it’s a wildly impressive feat of athletic prowess, but what really got my mind racing was the idea of the very first pole-vaulter. Who the heck decided that catapulting themselves into the air by using a malleable stick would be a good idea? And furthermore, why did more people start doing it and how did it become an actual sport?

The entire premise is unfathomable.

This brings me to my real concern: who was the first person to discover drinking animal milk?!

First of all, what in the world was that guy (or gal) attempting to do? We know now that milk comes from a cow’s utters when you milk it or other nipple-wielding animals, but I’m not so sold on the fact that the first person to find that out was doing so for scientific reasons. This smells an awful lot like a “lonely night in the barn” type of situation to me.

Furthermore, why did they decide to drink it? Let’s just say that curiosity got the best of them when they started tugging on those utters to see what would happen and some liquid-y white stuff came shooting out. Who in their right mind thinks to themselves “well, this is interesting. I should probably taste this and see what it’s like”?

It’s safe to assume that the first person to discover cow’s milk was a freak. Some sicko wandered into a barn, saw a sexy cow just chilling in the corner, starting tugging on it, and then drank the stuff that shot out. Um….

Seriously, can you think of another possibility? Maybe someone saw a baby calf drinking from its moms utters and thought to themselves “mmm that baby cow sure is making that teat look real refreshing, maybe I should try it for myself.” That isn’t any less weird. There’s no justifiable explanation for human beings consuming cow excretions.

“It’s safe to assume that the first person to discover cow’s milk was a freak.”

Similarly, who was the first person to smoke weed? Someone saw a plant and decided it would be a good idea to light it on fire and inhale it? As weird as that sounds, milk is WAY weirder.

There’s been a slew of research done on the harmful effects of bovine milk and why humans shouldn’t consume it anymore. When you think about it, we are the only species who continue to consume milk past the stage of infancy. On top of that, we aren’t even consuming our own milk; we’re drinking that of another animal.

The milk industry has brainwashed us into thinking that milk is good for us and that we need it to grow up healthy and strong, but that just isn’t the truth. Plus, there are a million alternatives now like soy milk and almond milk, just to name a few, that serve the same purpose but are healthier options.

There’s also proof that cows are being bred just to lactate, which is super unhealthy and unfair to the animals. These cows are constantly being impregnated so that they’re constantly producing milk and stuck in a vicious, never-ending cycle of birthing calves only to have them taken away and then being slaughtered when they can no longer produce. It’s a really messed up process that we don’t realize goes on.

Alas, this article isn’t about the harmful effects of dairy products or about safer alternatives. Frankly, I still drink Four Loko, so clearly I don’t care too much about what I’m ingesting.

What this article is really about is the real reason why I won’t drink milk anymore: because in my opinion, one day long, long ago, some sicko tasted the stuff that shot out after diddling a poor, unsuspecting cow.

And now it’s in every grocery store imaginable and we feed it to our loved ones.

For shame, people. For shame.

I Went To MedMen In Los Angeles And OMG

Coffee and Weed: May be More Than a Coincidence!