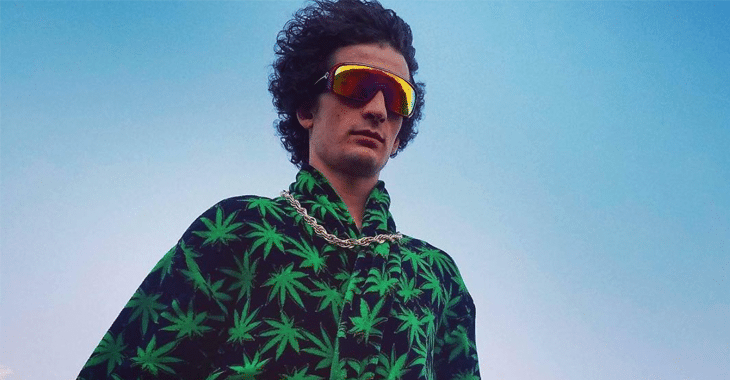 In the blink of a bloodshot eye, ‘Suga’ Sean O’Malley has lifted himself high onto the main card of a pay-per-view fight.

“Sugar” Sean O’Malley made his much-anticipated debut at UFC 222 on Saturday night. It was a high flying, impressive victory. However, this wasn’t really the highlight of the night. One of the more noteworthy moments of the 23-year-old’s night actually came after the much-anticipated event. O’Malley got the chance to show off his custom new weed strain at the UFC 222 after-party.

It’s no coincidence that Sean O’Malley happens to be Snoop Dogg’s favorite new fighter. The fighter first made a name for himself back in July with a one-punch knockout of Alfred Khashakyan. This appeared on “Dana White’s Tuesday Night Contender Series.”  But despite getting a contract with the biggest MMA promotion, and earning $10,000, O’Malley’s highlight was something different. He got to celebrate by smoking up with the legendary Snoop Dogg.

“I was puffin’ and passin’, trying to keep up, and they had a TV in there playing highlights of my fight. so we’re watching that and smoking, it was so much fun.”

Eight months later and the fighter is now making waves in both the UFC and amongst the cannabis community. After a gutsy and painful win, the now-undefeated fighter used some of his own herbal remedies to facilitate a recovery. But a fracture couldn’t stop this UFC fighter from celebrating at his own after party.

O’Malley was seen toking up through a golden glove spliff some time after the event. The customized bud inside? According to O’Malley, a hybrid between Lemonhead and OG92.

“We’re releasing the new strain, Suga Show OG. It’s a mix between Lemonhead and OG 92. I think they’re going to bring a good amount of that. They’re gonna have dab rigs set up. We’re gonna have a juice bar. The ultimate recovery: Smoking some weed and drinking some veggies.”

While some are surprised at the young fighters willingness to show off his toking habits in his first professional fight, it shouldn’t come as that much of a shock to those who closely follow the UFC. The UFC remains one of the most progressive sporting leagues when it comes to smoking weed. In fact, it essentially allows its players to smoke—as long as it’s not right before a fight.