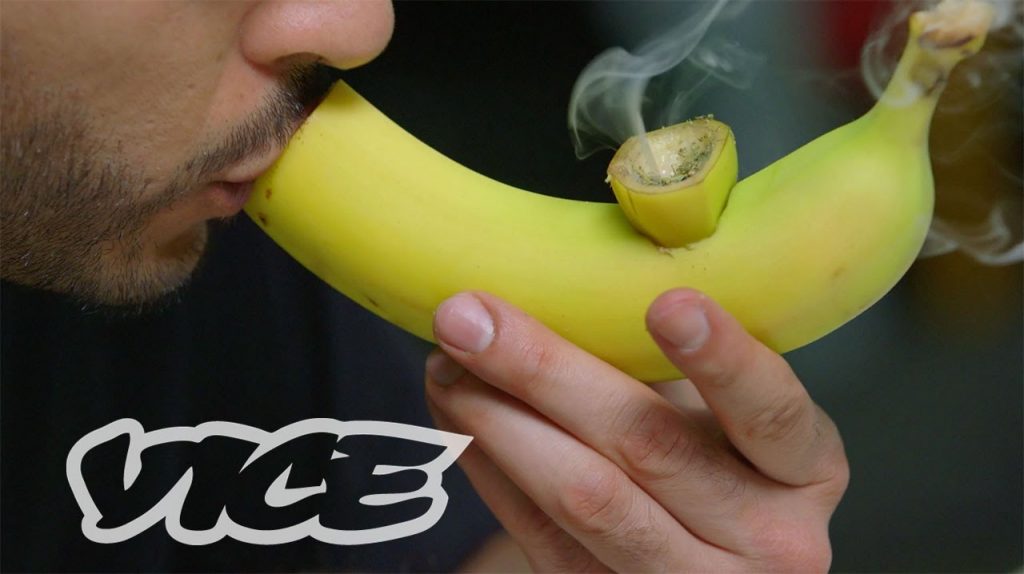 How to smoke weed from a banana might not be the first thing that pops to mind if you are a weed smoker. Sure, it might not be the most convenient way of enjoying cannabis, but hey, why not? How this thing came to life we can’t really tell, but it was probably one of those hits blunt questions when someone had their moment of enlightenment and asked themselves how to smoke weed from a banana and actually went out of their comfort zone and did it!

This probably isn’t the way you would normally smoke weed, but bottom line, it can be a cool party trick that you will show to your mates and completely blow them away. Whatever the case is, knowing how to smoke weed from a banana can definitely come in handy at some point in your life.

Here’s a DIY that’s ripe for the picking. Learn how to efficiently smoke weed out of a banana.

Sometimes when you are on-the-go, you don’t have your smoking necessities with you. Fear-not, this handy DIY will teach you how to smoke weed out of a banana.

The prep process on how to smoke weed from a banana is a bit extensive in all fairness and you will see below. Still, if you are willing to put the effort in it, you can enjoy your weed-infused with a sugary banana taste. It is a crafty skill and definitely an interesting and unconventional way to have fun when you are bored and feeling crafty.

So here’s what you need to do:

In all fairness, the hit you would get from the weed if you are smoking from a banana will be significantly lower that the hit you would get by smoking rolled weed or through a bong. You can even use a cucumber if you wish, since the preparation process is similar, but that depends if you want to feel the taste of a cucumber. I personally don’t and would rather stick with the banana.  Bananas are cool, bro! They like weed as well!

If you want to take it even further and become a scientist and experiment, you can even try other fruits and veggies for smoking weed! But don’t be like this scientist here who slightly lost the plot and ask a very weird question:

Bottom line, you can just smoke the weed how you would normally do it and have fun with the banana in a different way, like this for example:

The most fascinating thing about the entire thing is that someone had the time to figure out the process of how to smoke weed from a banana. Hands down for that, we need such innovators in the world. If you can turn a simple fruit into a weed smoking machine, then you sir, whoever you are, are a new form of a genius.

How to Clean Any Dirty Glass Bong