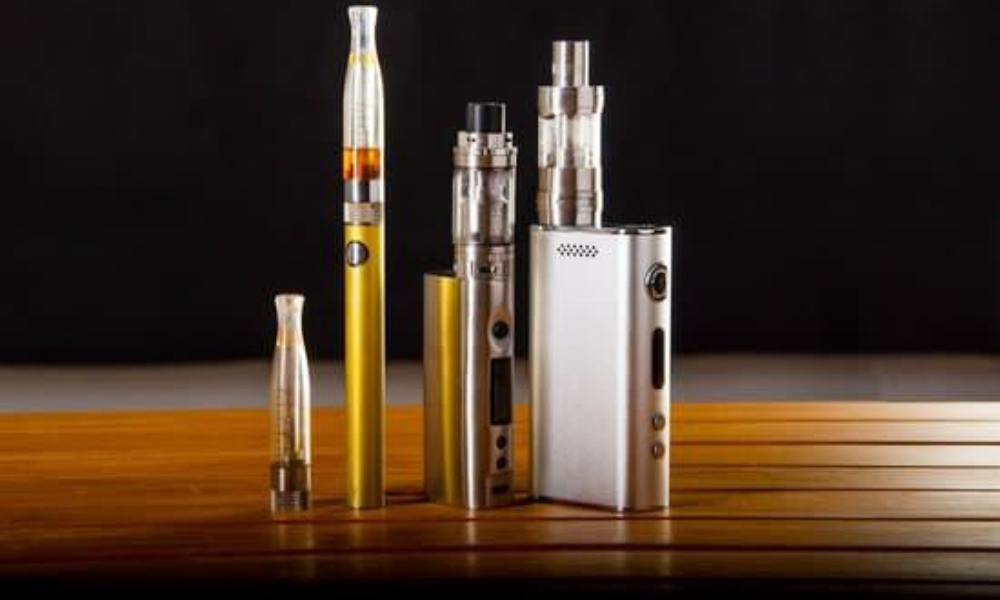 Although vaping started with the e-cigarette, the technology has advanced significantly over the years. Vaping devices for vaping different types of substances like dry herbs, concentrates, oils, and e-liquids are becoming increasingly popular.

E-Liquid is a term popularly used in referring to the e-cigarette, which also is a type of vaporizer. E-liquid is a blend of liquid nicotine, vegetable glycerine, and propylene glycol.

Although e-liquids are designed to provide a healthier alternative to cigarette smoking, it is nevertheless addictive because of the presence of nicotine.

The dry herb is basically a pure, uncontaminated form of cannabis flower, free from harmful substances, and additives like nicotine. Hence, dry herb vapes can in no way be compared with e-liquids in terms of quality, addictiveness, and toxic effects.

Both dry herb vaping and e-liquid vaping do not involve the combustion of materials. Combustion generates harmful carcinogenic substances from smoke, and in some instances, carbon monoxide. Medically, cigarettes have been proven to cause more than 12 different types of cancers.

E-cigs vary in their composition, but most e-cigs have a common propylene glycol (PG) base blended with vegetable glycerine (VG) in some instances. Other additives added include flavors, terpenes, liquid nicotine, and cannabinoids. E-liquid compositions vary from one manufacturer to the other.

E-liquid compositions cannot be identified easily without the help of expensive and sophisticated lab testing and analysis due to the diverse assortment of substances.

Propyl glycol, which is the base constituent of e-liquid, is a synthetic product known to cause lung irritation. Although the US FDA certifies PG as a substance safe for consumption as a food additive, its health implication when inhaled is not yet fully revealed.

The safety of several additives added to e-liquids to give it a distinct flavor has not yet been confirmed. This plethora of additives may be harmless individually, but in the combined form, they may pose a significant danger to the health of the individual.

Dry herbs are homogenous in composition and do not contain mixtures or additives of other substances. Although it can be contaminated by pests and microbes if not stored properly.

There are two methods of heating employed by vaporizers: the conduction and the convection method.

Dry herb vapes vaporize dry herbs either by convection, or conduction method, depending on the heating mechanism used by the vaporizer.

The convection method of dry herb vaping works by heating the air in a chamber to a temperature high enough to vaporize flavonoids and terpenes out of the cannabis flower.

The heated air flows from the heating chamber over the dry herb causing evaporation of cannabinoids without burning the flower. Hence, vaping by convection produces purer vapor that gives you a stronger and lasting hit.

E-liquid vaporizers are less expensive than dry herb vaporizers. In terms of maintenance, you will have to do a lot more to keep your e-cig functional. Using an e-cig for a couple of days can result in leakage.

When taking a drag from a regularly used e-cig, you might feel a taste of flavored e-liquid in your mouth. This is a strong indication that you need a change of e-cig.

Taking a hit from a dry herb vaporizer gives you a lot more pleasant tasting and stronger hit than from an e-cig.

Recently there have been reports of many people suffering from previously unknown lung illnesses caused by vaping e-liquids. Primarily those containing vitamin E acetate.

The increased risk of developing severe life-threatening illness from vaping e-liquids has led to the non-approval of several e-liquid brands by the US FDA.

Symptoms ranging from shortness of breath, fatigue, chest pain, and vomiting due to e-liquid vaping has been recorded in several countries by various Disease Research Centers.

This has led to the call for banning the production, importation, and sales of e-liquids in numerous jurisdictions.

Although e-cigs do not produce carcinogens and other harmful substances produced by smoking cigarettes, they are a far cry from the healthy alternative people assumed them to be.

Vaping dry herbs is a far better alternative to vaping e-liquids – especially those containing vitamin E acetate -which have been shown to have far-reaching consequences.