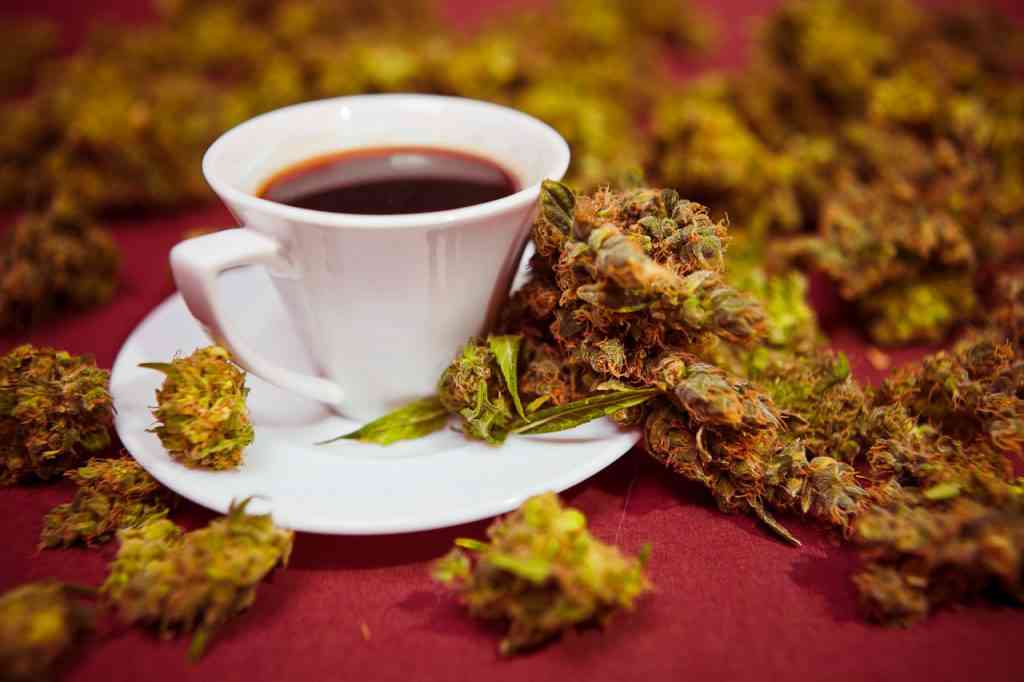 Caffeine is a stimulant that can work in tandem with the effects of cannabis.

Coffee and weed, with their organic and natural origins, may be more closely tied than you think.

Cannabis is being infused with everything these days and the ever-growing popularity is changing peoples view on bud. In fact, it is possible that people are now smoking weed more then they are drinking coffee.

Coffee and weed products are popping up everywhere marketed by specialty retailers. Although this sounds delicious, many are understandably wary about pairing these substances together. After all, caffeine is a stimulant while marijuana is largely a relaxant.

What is interesting is that both substances bring out specific properties in the other. These effects give the user the sense of feeling both being wired and sleepy. Nevertheless, both are known to increase heart rate, so this could add to the feeling of paranoia or increase anxiety.

Low Amounts of Coffee and Weed

In a 2014 study was conducted on monkeys, scientists gave subjects a small amount of caffeine. Then, they were given an unlimited access to weed.  In conclusion, the study showed that when given a low amount of caffeine the monkeys were less likely to administer themselves with THC.

High Amounts of Coffee and Weed

During the same study, monkeys were given a higher dosage of caffeine (three mg) with access to an unlimited source of marijuana. In this scenario, the monkeys chose to administer more THC to their system.  In addition, this study demonstrates that caffeine and THC could potentially have balancing effects and qualities.

While the coffee likely brings your energy level up, cannabis in combination can help recenter and stay focused without the jitters.

Studies are still unsure about the addiction aspect of marijuana. However, many researchers suggested that there is a correlation between coffee and weed which create a sense of euphoria. Dr. Scott Krakower stated to LiveScience:

“Taking caffeine with marijuana would not cancel out the high induced by the drug. Likely because of the substance-induced sense of euphoria.”

In other words, the caffeine will not remove the feeling of euphoria or spacey feeling.

Studies have shown that drinking coffee while consuming weed may allow you to smoke less while maintaining your high. And that may be thanks to the caffeine dose. This means that overall there is a better value to your consumption. But, it does come with increased side effects from caffeine.  The research suggests it’s all about how much of each substance you’re consuming. Dr. Sergi Ferre, a senior investigator at the National Institute on Drug Abuse told Live Science,

“Caffeine increases the effects of a psychostimulant, including THC and cocaine. So, any substance that releases dopamine, including THC, its effects are increased by.”

The combination of coffee and weed may be both beneficial and negative. The combination is 100% based on one’s own body chemistry and tolerance for each subject. An occasional coffee drinker or one suffering from anxiety might find that cannabis and coffee heighten their heart rate. While a daily coffee drinker might simply enjoy a more alert and energized high.

All-in-all, the combination does not appear to be dangerous but should be approached with caution. Caffeine’s addictive nature coupled with its potential ability to enhance the THC high can lead to a greater dependency.