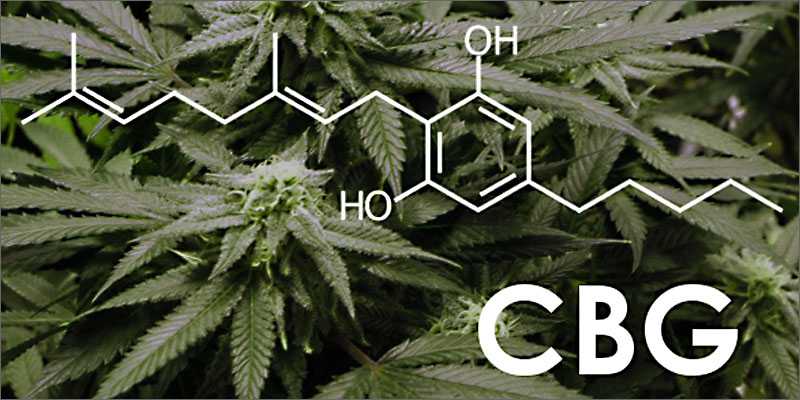 CBG oil is a marijuana product that you don’t hear too much about. While CBD oil is the most popular oil produces from cannabis, CBG falls a bit in the shadow. However, CBG also has some amazing benefits that are worth exploring.

Weed strains are often judged by their THC and CBD concentrations as the main carriers of the effects in general. However, what often is forgotten is that there are another hundred substances that make the cannabis plant, each of them having different properties. CBG is one of those substances that is coming to light lately due to its amazing properties.

CBG is actually the parent substance of both CBD and THC. Both substances start off as CBG but in the growth process, they develop into their final form. CBGA is the acid that CBG comes from. In the growth process, CBGA breaks into THCA and CBDA, the acid variants of THC and CBD. In the drying process, under the influence of UV light, the acidic elements of these compounds are released and THC and CBD are formed. While in most strains, CBD and THC are the substances are most present, CBG is a less present substance that is usually found as less than 1%.

Different scientists, companies, and breeders are working on creating a weed strain that contains higher levels of CBG. To do so, they are cross-breeding and genetically modifying the cannabis plant to get a final strain with a higher concentration of CBG.

To get the best out of cannabis in terms of extraction of this substance, they extract the CBG in the early stages of the flowering of the cannabis plant before the breaking down into other substances starts. This usually happens between the sixth and the eighth week of the flowering process when the CBG concentrations are the highest.

Similar to CBD, CBG does not have any psychoactive effects. It doesn’t interfere with the nervous system so you will not have a “high” feeling. We get high on weed mostly as a result of TCH in combination with other substances that are not dominant. CBG on its own does not have any effects on the brain in terms of giving you a “high” sensation.

Not only does CBG not get you high, but it has been observed that it actually interferes with THC and decreases its effects.

This is actually a good thing. Without CBG, THC might be too overwhelming for the brain and it might result in vivid hallucinations and other side effects. CBG is actually the good guy in the story – it plays a balancing role and helps you enjoy weed without having bad effects.

Side Effects of CBG Oil

CBG oil does not have any side effects. Since it is a non-psychoactive substance it will not play any tricks on your brain and you can enjoy its other benefits without getting high.

While it is possible to get a CBG overdose, it is highly unlikely due to the fact how much it is needed to get yourself in one such state. To experience any side effects, you would need to consume 300 milligrams of CBG for every kilo of your body weight. That means that a 180 pounds adult would need to take something like 11 tablespoons of CBG oil to have an overdose. This is impossible when you are taking CBG oil responsibly and sticking to the recommended dosage which is only a few drops.

Other than that, there are no risks or side effects of using CBG oil.

While further medical research is needed to completely prove the benefits of using CBG oil, the findings up until now are looking very promising and beneficial from different aspects. Different studies have been conducted about different potential effects that CBG might have over the human body and brain, and all of the findings are pointing in the right direction.

To start with, since CBG interferes with THC, it can help reverse some of the negative effects that smoking highly concentrated THC weed can have on the brain.

CBG is also a natural painkiller that can work if ingested or topically applied on specific areas.

Depression, anxiety, and paranoia are also on the list of things that CBG oil can help with by activating the CB1 receptors of the body. In that sense, CBG can help your systems reach a state of homeostasis quicker.

It is also believed that CBG has anti-inflammatory properties. Namely, in a study conducted on mice that had inflammatory bowel disease, it was found that the inflammation was decreased thanks to CBG.

Probably the most exciting possible medical property of CBG is the fact that it has been observed that CBG can block the receptors in the body that cause cancer cells to grow. The research about this has to be elaborated further, but as things stand now things are looking promising.

Another great property of CBG is its antibacterial property as observed in a different European study. CBG had an effect over MRSA, a bacteria that has proved to be resistant to a lot of known drugs.

Still, research about CBG needs to continue in order to provide rock-solid evidence of its benefits. However, the properties that have been proven up to this point and the fact that there are no side effects of using CBG oil is enough for patients to start using it as an alternative cure for many conditions.

The majority of marijuana strains have a low concentration of CBG, which is why people who smoke weed can’t completely enjoy the benefits of CBG as an isolated substance. Still, the fact that it balances the effects of THC in the body clearly poses the question of the potential CBG benefits we are yet to discover. One thing is for sure if studies prove further that CBG can have effects over bacteria such as MRSA, and even better, help prevent cancer, CBG oil will become a valuable cannabis product which needs to be widely recognized as beneficial.

Does CBD Oil Get You High