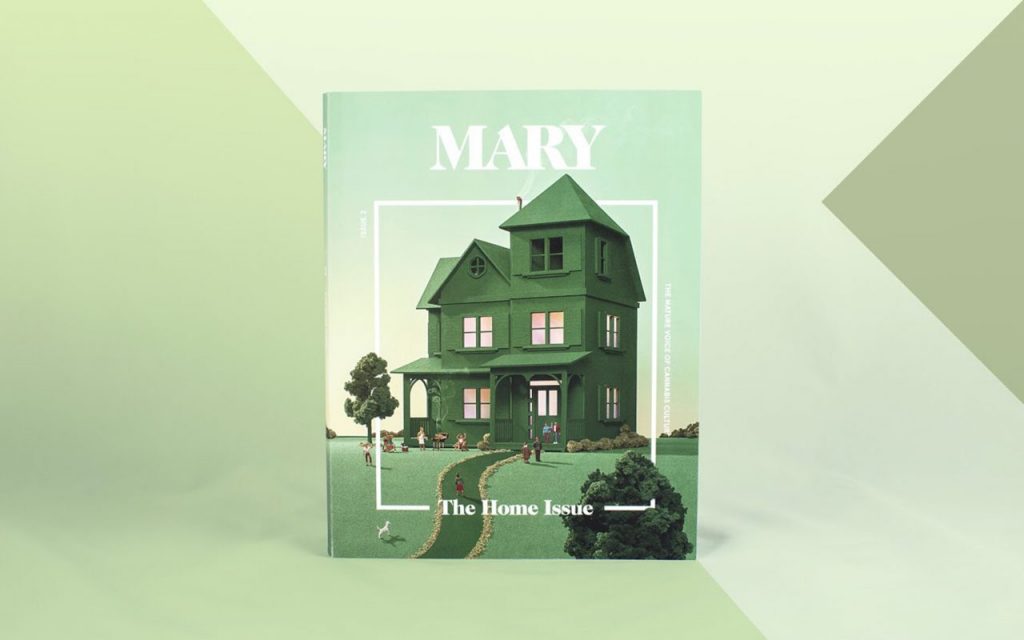 With all the new changes in legislation, everyone is lining up with new and innovative ideas. Cannabis lifestyle magazines are becoming very popular. In addition, it may bring back the excitement of print.

To further shed the stereotype of the stoner, several entrepreneurs have started glossy lifestyle magazines dedicated to both educating and celebrating the lifestyle. Also, many magazines touch on culture, and people of cannabis.

There’s Mary, Broccoli, and Gossamer. They’re like Kinfolk-meets-Vogue-meets-Bon Appétit. Which means when you read them, you get a full taste of cannabis even if you’ve never rolled a joint before. Cannabis lifestyle magazines are becoming a leader in education and entertainment.

If legacy media is dying, maybe it’s time that they transition to cannabis: The number of consumers keeps growing, after all. Check out these magazines below:

“Broccoli” combines a “Kinfolk” aesthetic with an intense appreciation for weed and the women who love it. via Vogue

Founder, editor-in-chief, and creative director Anja Charbonneau has brought your favorite minimalist lifestyle magazine to you for FREE!!. Charbonneau launched Broccoli as a cannabis magazine for women and by women. However, anyone of any gender identity could find this publication useful and enlightening. In addition, her small team actively scouts out diverse contributors outside of their Portland-based circle. Even though the magazine itself is free, contributors are paid for their work.

“This is a magazine for celebrating women in weed, and everything else they do outside of cannabis.”

Gossamer is an unconventional magazine for the modern cannabis consumer—and their open-minded friends. Each issue offers a new perspective on travel, art, food, and culture, all seen through a green lens. via Gossamer

Many people think of New York as the center of fashion, publishing, finance, art, and food—but probably not cannabis. Co-founders Verena von Pfetten and David Weiner are going to change that, one glossy story at a time! In addition, Weiner also has an editorial background but made his mark as the chief creative officer of Digg. Furthermore, their goal is to educate an entire demographic of potential cannabis-curious readers who don’t have as much previous experience.

“We’re about everything else: what you do before you smoke, what do you after—we want to celebrate people who aren’t defined by their cannabis consumption.”

Cannabis is largely consumed in the privacy of a sacred sanctuary, our homes. MARY dedicates this issue to the meaning of home – what they look like, how cannabis relates to indoor activity, how people arrange them and the qualities homes have. via MARY

Mary co-founders Adrian Farquharson and Marcus White are making moves in the cannabis world. The two creative professionals have backgrounds in media and design. In 2014,  they conceived the idea of Mary magazine. This was when cannabis media was still niche and grassroots. If you’ve been wondering how to leave behind your dorm room habits, this is the magazine for you. It’ll make you a classy cannabis consumer! This isn’t just about photos of buds or good looking girls, it’s a different kind of marketing and branding.

“But as a new brand, we are working on being a huge voice for legalization.”

Meet The Guy Who Gets Paid to Smoke Weed