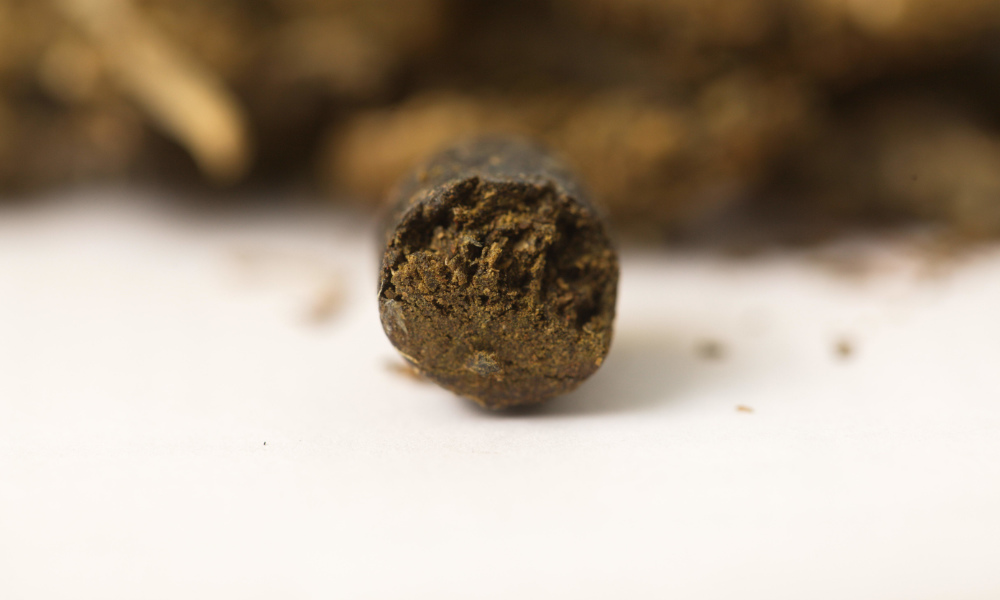 Classic hash is made from dried sieved kief molded into a coin or brick shape. You can get hash from dispensaries or other sources.

There are several unconventional ways of consuming hash if you ever find yourself without your standard stoner kit.

For health and safety reasons, hot knives are not the best way of smoking your hash, but it is a good enough alternative to using a pipe or a bong.

A hash tube is made from the resins accumulating on your scissors, and gloves if you’re a home grower. This resin should not go to waste! Instead, you can make a hash tube from it.

Smoking Hash From A Cup

Smoking hash from a cup or other container is an excellent alternative to using a vaporizer if you don’t have one or you left your vaporizer behind.

Rolling Hash Into A Joint

You can make hash into a joint using the same method you would use to prepare a joint.

This is one of the easiest ways you can smoke hash.

Using a vaporizer is one of the best and conventional ways of consuming cannabis products. You can consume dried flowers, oils, wax, distillates, and concentrates using a vaporizer.

Using a vaporizer is safer than smoking the hash because the vapor from the hash contains a lesser number of carcinogens than the smoke version.

To use a vaporizer to smoke hash, crumble or grind your hash into powder form to make sure that all of the hash is vaporized.

Plastic lungs work similarly to a bong by mimicking the airflow mechanism in a bong.

Plastic lungs can get you incredibly high.

You should note that Plastic lungs can get you incredibly high.

Maize husk is a good alternative to rolling papers for ‘health-conscious’ smokers and is easy to roll and bind with saliva.

Smoking Hash With A Soda Can

You can easily convert a soda can into a smoking accessory, but health professionals worry about the safety and health implications of using a soda can to smoke hash.

There are several ways of smoking hash without expending so much cash on accessories. You can get high with smoking accessories made from materials within your home.

Joints vs. Bongs: Which is the Better Way to Smoke Weed?