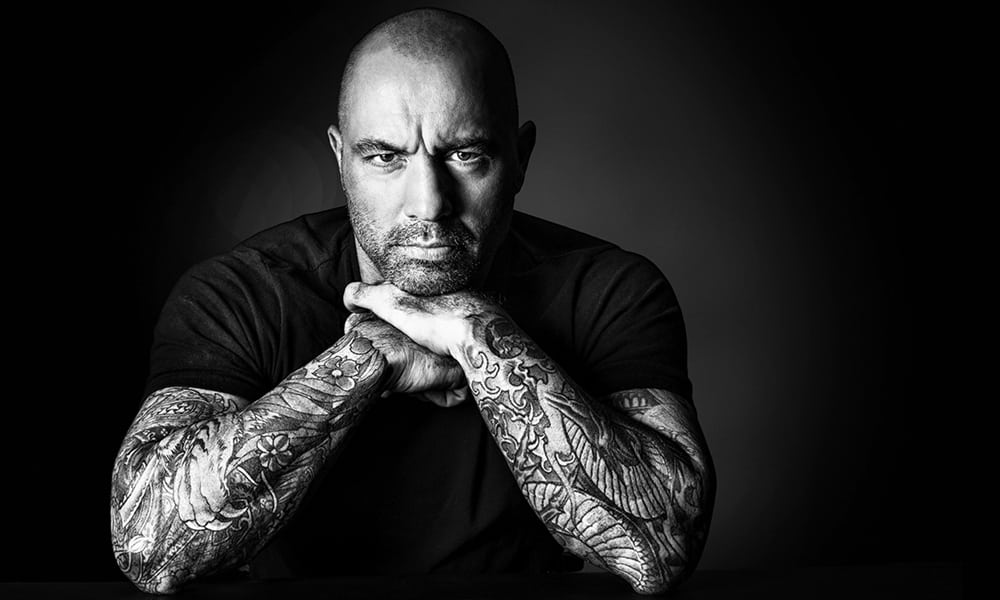 The Joe Rogan Experience, is exactly as advertised, ‘an experience.’ You may not agree with everything this activist has to say, but odds are, you’ve heard him speak some sense when it comes to cannabis.

What can we say about Joe Rogan and cannabis? Host, actor, and all-around hilarious personality, Rogan embodies the essence of a true cannabis activist. He is a booming figure ever present in the industry and not afraid to make his voice heard.

But before he became a cannabis figurehead, he had humbler beginnings.

Rogan made his way through the ranks of network television which landed him a spot on the show News Radio. And boy, are we thankful they cast him. Rogan would add a flair and originality to the show that was desperately needed. Playing the stoner-tech radio guy, they would even refer to him as “Joe” in the show.

Rogan continued on after News Radio and transitioned to become the frontman of a cultural phenomenon. As the original host of Fear Factor, Rogan became a cult classic due to his energy and charisma on set. Looking back at his experience, Rogan admits that he was literally high throughout most of the filming of Fear Factor.

Usually an even-tempered individual, we all remember what happened when Rogan forgot to take his daily dose of THC.

Okay, that guy had it coming. But seriously? Tell me the whole situation didn’t have you in stitches. From Fear Factor, Rogan used his comedic gifts to progress his career in stand-up comedy and launch his own podcast: The Joe Rogan Experience.

The Joe Rogan Experience gave Rogan a platform to express and debate the things he believed in. There was no network or label censoring what he had to say. Much of the podcast evolved from banter, but its raw, unfiltered, and un-skewed. Now, it represents a real look into the minds of Rogan and his guests.

As it turns out, Rogan used the platform to discuss on many occasions something that he is very passionate about: cannabis.

Away from all the legalization talk, he even presents himself in a more vulnerable light, discussing the first time he ever discovered cannabis. Joe Rogan and cannabis have an interesting relationship, one that he isn’t afraid to reveal.

Later in his career, he ventures into the realm of discussing cutting back from cannabis. In a video from his show, he discusses sober October and the process of moving away from weed for a month.

In all forms, Joe Rogan holds up as a true and legitimate cannabis activist. He is not only outspoken about the legal and political reasoning behind prohibition, he is clear about the risks and challenges he experiences himself. Joe Rogan and cannabis were a match made in heaven.

Joe Rogan uses comedy and humor to approach issues that a lot of other activists are afraid to touch.

For that, Joe Rogan, we smoke in your honor.

I Went to a Wrestling Show High

Working out with Weed