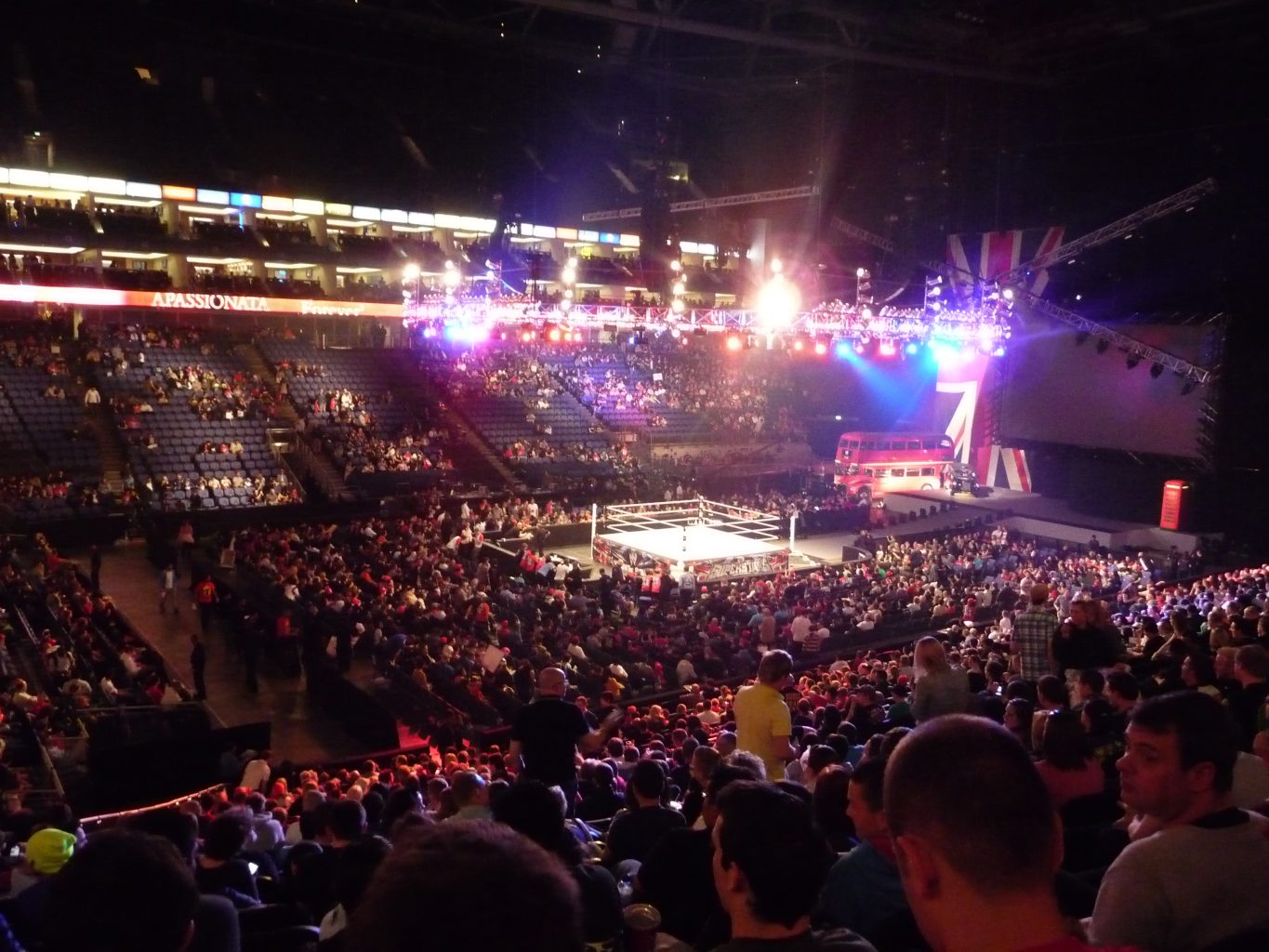 A live wrestling show is one of the most impressive things you’ll ever witness, whether high or not.

Let me just start off by saying I’m well aware that I’m about to sound like Jon Stewart’s character in the classic stoner movie ‘Half Baked’.

There’s always that guy that insists that everything is better on weed… but in this instance, it really is. I’m going to have to be that guy. I got high and went to see a WWE live show and it was quite possibly the best thing I’ve ever witnessed.

First of all, WWE shows are made to be consumed live. I know they get millions of viewers on a weekly basis and they’ve been producing and airing television and pay-per-view content for decades now, but at the end of the day, wrestling is still built for live audiences. Only in person can you truly appreciate the fine details and see how much of a performance goes on in the ring.

Only in person can you really understand the intricacies that go on between performers, between good guys and bad guys, between referees and wrestlers, and even just how well they are at pacing the action and keeping the audience engaged. The whole thing was mind-blowing-ly impressive. Most people have seen wrestling before, but we rarely analyze it so deeply and truly understand everything that goes into it, which is a heck of a lot!

“The whole thing was mind-blowing-ly impressive.”

The first thing I noticed, though, was the crowd. Wrestling crowds are so great. They get so invested in the action and react to every move. Without an engaged crowd, the whole show would have been boring. It would have just been a couple of athletes rolling around on a canvas. When you factor in the audience’s investment, then all of a sudden it becomes a show. It’s almost as if we become a part of it all.

The wrestlers are so talented at reading audiences (I mean, they’re performing several times per week, so they get the hang of it) and knowing when to give them what they want. They play the crowd so well, knowing exactly when to get people excited, when to bring them back down, and how to get them cheering and booing. A good wrestler is like an orchestra conductor, knowing exactly how to get the reaction they want.

“In reality, it’s not about the fighting, it’s about the skill, the athleticism, the crowd, the psychology, and the overall storytelling.”

A good wrestler is also a fantastic storyteller. Every match is a collaboration between two or more performers attempting to tell a riveting story. Wrestling often gets over-simplified as “fake fighting” or people are quick to label it as “choreographed.” While it is rehearsed, you’re watching two incredible athletes, working together to tell a compelling story that keeps you interested and engaged. Sure, some spots are planned and the outcome is typically known in advance, but the matches are a majority of freestyle athletic acting. Although it isn’t a sport, these performers are 100% athletes. The term “performer” is a perfect one because they’re doing just that; they’re putting on a show for the audience.

Overall, I entered the evening expecting to watch some cool flips and bodyslams. However, I left there with a whole newfound appreciation for wrestlers and wrestling as a whole. It’s a straight-up art form, with talented artists doing otherworldly feats of athleticism to entertain a crowd. It’s like a poor man’s Cirque De Soleil.

In reality, it’s not about the fighting, it’s about the skill, the teamwork, the athleticism, the crowd, the psychology, and the overall storytelling. It really doesn’t get much more entertaining than that.

Which Famous Stoner Are You? [Quiz]