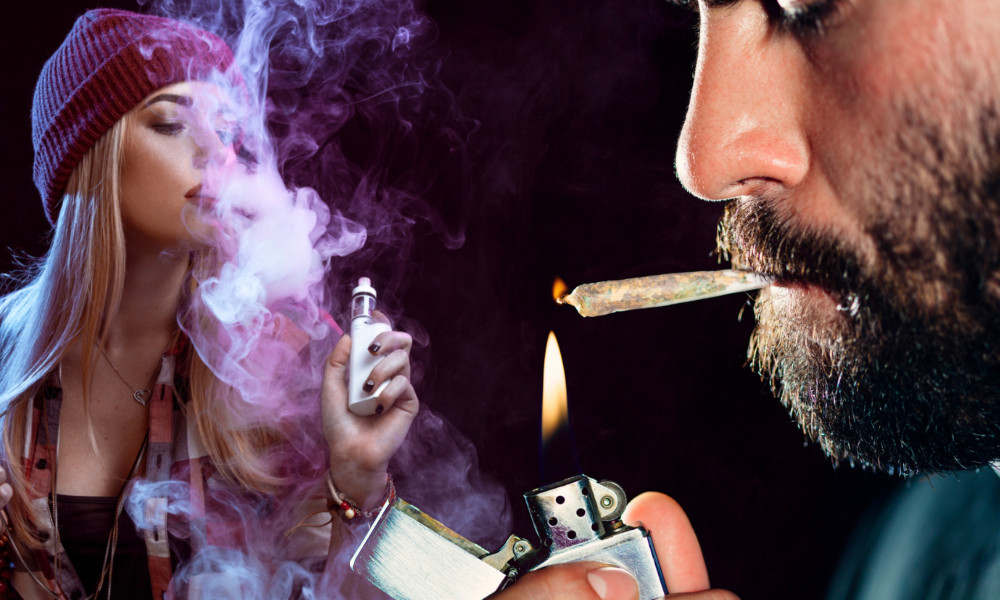 Within a decade of vaporizers’ popularity, the market is already estimated to be worth billions of dollars. The surge in demand for vaporizers was in response to many users switching from smoking as a result of its harmful effects.

Scientists began realizing the adverse effects of smoking as far back as in the eighteenth century when Dr. Benjamin Rush, in 1798, suggested that smoking can cause cancer and other ‘incurable diseases.’

By the year 1920, there were more than a thousand reported cases of lung cancer. This led to the development of the first vaporizer by Joseph Robinson in 1927.

There were further developments on vaporizers, but the vaporizers never became a sensation until Hon Lik, a Chinese pharmacist, invented the e-cigarette in 2003.

Vaping was introduced to Europe in 2006, and before long, it found its way to the US.

If you’re still wondering if you should quit smoking for vaping, here are ten reasons to do so.

Here are 10 Reasons why vaping is better than Smoking:

Smoking bowls or joints also produces several carcinogenic substances, which increases the risk of developing lung cancer significantly. Smoking also produces tar, which irritates the lungs and can cause bronchitis and other respiratory tract infections.

Vaping is a technique that heats marijuana in vaporizers to a temperature range low enough to prevent combustion, but high enough to vaporize cannabinoid compounds out of marijuana. The vapor produced does not contain harmful carcinogenic substances and tar produced from smoking marijuana. This makes vaping a far healthier alternative to smoking.

Studies have suggested that vaping marijuana or other herbs produces anti-inflammatory terpenoids known to protect the lungs from irritation.

Vaping gives you a better taste of the flavonoids, and you’re able to feel the flavors of the different brands of marijuana products you’re vaping. Therefore, vaping delivers a richer and purer vapor, unlike smoking, which produces several other substances that mask the flavors of your joint.

Vaping does not produce noxious odors unlike smoking

Vapors from vaping do not produce a noxious smoke smell. In most cases, only the aroma from the flavors is perceived; you can be sure of getting a compliment or two on the aroma because the vapor smell is not easily detectable.

A number of studies show that vaping yields as high as 46% of cannabinoid compounds in vapor compared with less than 25% in smoke. Therefore, you get more ‘hit’ from vaping than from smoking.

Several portable devices bear resemblance to everyday objects, especially pens. The strong resemblance makes vaping on-the-go discreet enough for you to take a ‘hit’ while walking on the street.  Unlike smoking pot or joint, which is not particularly discreet.

Smoking produces carbon dioxide, which adds to the increasing effect of global warming. Also, burnt blunts can litter the environment.

Vaping does not involve combustion; hence, no greenhouse gas is produced from vaping. You can also reuse and recycle vape cartridges, therefore saving the environment from the accumulation of non-biodegradable materials.

Vaping also gives you instant relief from pain, anxiety, nausea, or trauma because vaping delivers flavonoids straight to the bloodstream from the lungs. Vaporizing is shown to deliver more cannabinoids to the bloodstream within minutes, compared with other forms of consumption, which can take more than an hour to hit your bloodstream.

Therefore, vaping gives you a better avenue of consuming medical marijuana compared with smoking or tea.

There are several fire outbreaks credited to flame accidents from smoking. Since vaping does involve combustion, therefore, it does not require a flame to vaporize but relies on electric-powered heating elements to deliver heat needed for vaporization.

Therefore, vaping reduces significantly the risk of a fire outbreak, which can cause devastating loss of life and properties.

Vaping reduces your chances of having a cough.

There are claims that smoking releases several hundreds of harmful substances into the body, which can cause coughing and other respiratory infections.

Vaping, on the other hand, does not release toxins and tar, which are released during combustion. Therefore, significantly cutting down on the number of harmful substances entering the body while effectively reducing the risk of developing a cough and other respiratory tract infections.

Vaping is the way to go as it makes consuming marijuana safer, healthier, and more discreet. It also delivers a richer, better-tasting vapor, and a stronger ‘hit’ than smoking.

As a first-timer, you do not need prior knowledge or experience to vape with the vaporizer without developing coughing fits.

Unlike smoking, vaping provides you with several ways of consuming marijuana products. You can try out several flower strains, oils, or concentrates. You can also try out the preinstalled, lab-tested CBD cartridges for more varieties and options.

There are way more reasons than stated above for you to abandon smokin the old-fashioned way and take on vaping, which is a modern and safer way of consuming marijuana and related products.

What to Consider when Deciding on a CBD Product?