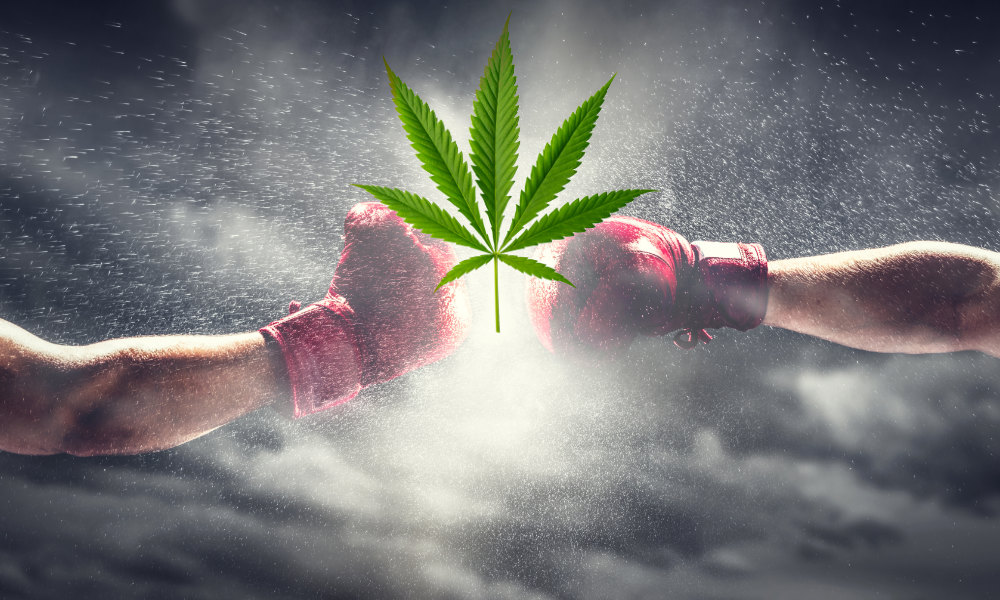 I know what you’re thinking – your buddy is trying to sound intelligent by ranting about how Hemp and Marijuana are the same because they’re part of the cannabis family, but your gut is telling you they’re both different. Well, your gut is correct, they’re not the same.

Next time Ben is at your social gathering, thinking he’s a big shot with his glasses and talking with his eyes closed, you can give him the fact-slam regarding how Hemp and Marijuana are different.

Hemp (sadly) Doesn’t Get You High

The first difference is that Hemp doesn’t get you high since the plant is lacking in the presence of THC (the psychoactive compound found in cannabis). There may be a chemical makeup of THC lower than 0.3, but that won’t have any effect. This essentially means you can’t get high from smoking hemp.

So if you want to get a “high” from hemp, become a hemp farmer – because the farmers are seeing a growing profit from cultivation of the plant.

A secondary method of comparing differences between the plants is the physical appearance. When you observe their leaves, marijuana’s shape tends to either be a bigger leaf, and a tight bud which looks like a nugget with thin strands of orange hairs.

Hemp, on the other hand, has skinnier leaves that look like a thin fingers trying to steal your high.

So remember it like this – short and round, stoners are down. But when it’s tall and skinny, the high will be mini.

Another factor to consider is the method of how it’s grown. The two plants are grown in slightly different manners. Hemp is planted in closer proximity (as close as 4 inches apart) and is typically grown in large multi-acre plots. It can also grow in a variety of climates with a growth cycle of around 110 days.

While marijuanna is a little more different – think it has that “kid” in your family that needs slightly more parenting. The cultivation requires more spacing to reduce the risk of mold or bacteria growth. The majority of marijuana crops are planted at one plant per four square feet. The growth cycle requires 4 stages – germination, seedling, vegetative, and flowering. In the first 3 stages, needing at least 18 hours of sun.

The marijuana legalization movement gained traction in the 90’s, with a number of states beginning to introduce legislation to allow farmers to grow hemp. Now, 36 states have legalized hemp cultivation for either commercial planting or research purposes only.

As the legalization of cannabis is becoming more mainstream, it still varies from country to country. In 2013, Uruguay legalized it in a bid to cut crime. Spain and Portugal have a liberal attitude toward its use, too. Canada legalized it nationwide back in 2018 and Canada’s southern neighbour, the United States, is picking up the pace due to the positive track record from currently legal states.

So, Why Do People Like Ben Lump the Plants Together?

In the groovy 1970s, President Nixon declared a “War on Drugs” and signed into law the Controlled Substances Act of 1970. This policy established a set of banned drug substances and birthed the Drug Enforcement Administration (DEA). It also accidentally outlawed one of the world’s oldest domesticated crop: hemp. This not only led to the demise of hemp but also an increased misconception of the plant.

While the Controlled Substances Act was going down, marijuana was grouped with the types of plants similar to cannabis and was made illegal to grow in the US.

This, unfortunately, classified hemp as a drug even though it doesn’t include any of the chemical compounds that make marijuana a drug.

So take that, Ben

What Are Terpenes and Why Are They Important?

How To Set Up Your Indoor Pot Garden