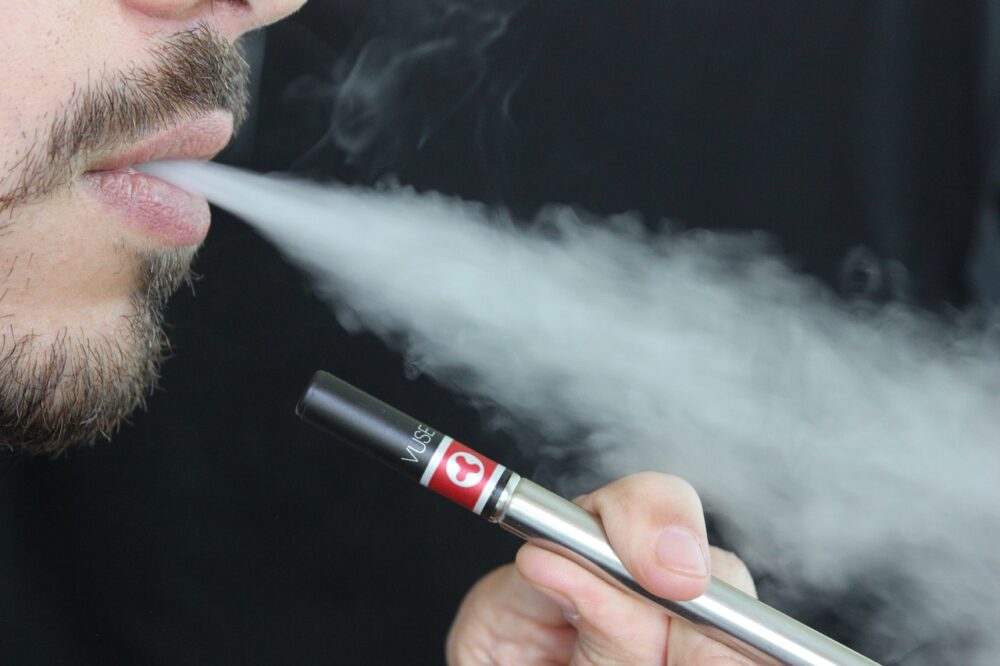 Vaping vs. smoking weed. To vape or not to vape? A hot topic now with passion coming in from both sides. Old-school or space-age herb vapes, are weed vaporizers any good, or are papers and a lighter the best choice still? There are a handful of different ways to get high, which is best?

Admittedly, I’m biased. Don’t get me wrong, I’ll take a few hits from a joint or pipe when the occasion comes around with friends, or take a fat bong hit, but there are plenty of reasons why almost every time I use cannabis, I vaporize it.

In this list, there are 8 reasons why vaping weed is better than smoking it. From cost, portability, discretion, and more, there are many benefits to vaping weed that you can’t get through smoking. Once you invest in a quality (don’t cheap out!) herb vape, you may never look back once you get used to it.

1 – Vaping is cheaper than smoking weed!

It doesn’t make sense at first – you’d have to buy a vaporizer first in order to use one! That’ll cost money, and sometimes upwards of a few hundred dollars for an elite piece. When it comes down to things though, you’ll be saving a lot of money in the long run.

Vaping weed is actually 66% more efficient than smoking! When you combust anything – from wood to gas, or in this case, herb, molecules get destroyed by heat in the process. In terms of cannabis, this means the active ingredient – THC, gets destroyed. So much actually that only one third of active cannabinoids make it to your lungs when smoking.

Imagine spending and using only one third of the weed you already consume! For heavy users, this can save you hundreds in literally a month just by vaping weed. For the frugal ones out there (me), you can easily see yourself using less than a gram a month with weekend sessions. Not bad! The vape pays for itself at this point. A good quality herb vape can be had for $100 in today’s age, with $200+ units getting extremely good!

2 – Vaping weed is much healthier than smoking it.

It’s no secret that inhaling smoke isn’t good for your lungs. While smoking weed isn’t nearly as toxic as cigarettes, it still isn’t very great for your respiratory tract. Vaping weed still isn’t the most healthy option (eating is), however it’s drastically less harmful than smoking.

In fact, 88% of smoke isn’t cannabinoids. That means only a tenth of what you inhale is actually what you what in you. The rest is by-products from combustion including carcinogens, benzene, and other interesting ingredients.

3 – An herb vaporizer is super portable.

A joint and a pipe or a lighter is a pretty portable solution, right? Sure, but have you tried rolling a joint or loading a pipe in public? Not so easy unless you’re an expert and can fill a cone in no time. Forget it if there’s wind – something we’ve all been victim to.

A battery powered vape ensures no struggle with rolling papers, filters, lighters and so forth. While some people love that ritual of the whole process, it’s hard to deny that vaping weed is much more convenient.

4 – Vaping weed is much more discreet.

Two things make vaping weed infinitely stealthier than smoking. First is the smell. Most people smell weed far before they see someone smoking it. Second is the act itself.

That familiar, pungent odor is easy to track down, and in situations where you don’t want to nasally announce what you’re doing. Vaping on the other hand still does produce some odor, but considerably less. You’ll smell chicken cooking in the oven, but you’ll definitely smell it when it’s on fire. Also you won’t have to worry about physically smelling like weed long after you’ve smoked.

Smoking a joint or pipe is pretty noticeable to those with a keen eye. They don’t look like normal cigarettes at all in most cases and combined with the smell factor, everyone and their dog knows what’s up. Vapes on the other hand will more often than not be mistaken for your average e-cig. Little do they know…!

In fact, there have been many times I’ve vaped in places where I shouldn’t. We don’t advice this, but theoretically you can vape in a museum, movie theatre, restaurant bathroom, etc. Please be courteous to those around you though. Not everyone likes the smell of skunk.

Don’t throw away your used weed!! Seriously, that stuff can be re-used if you vaped it. There are still some cannabinoids packed inside the herb which your vaporizer probably didn’t’ extract. Save this stuff for a rainy day or when you’re dankrupt – you’ll have some primo edibles on hand!

Roughly 1 tablespoon of ABV/AVB (already been vaped/already vaped bud) can be used for strong effects. It’s already decarboxylated so you can eat it straight up – on a sandwich, in food, or as is. Even the glass stem of your device will slowly accumulate resin. This stuff is potent and worth saving! Be careful though, edibles are strong!

We recommend stem milk/ABV cocoa! Throw your glass stem and/or ABV into a warm glass of high-fat warm milk, add some cocoa powder/hot chocolate mix and let it steep for 10 minutes or so. The cannabinoids will bind to any fatty molecules and eventually lead to an edibles high. This is basically a 2-for-1 deal with the weed you buy!

6 – Vaped weed tastes so much better.

The flavor of vaped vs. smoked weed is a dramatic difference as well. Though I can certainly appreciate the flavor of smoked herb, vaping weed can even come to the level of sipping fine wine, just a lot less pretentious.

This is especially noticeable when it comes to high quality, boutique cannabis strains. Really taste the significant differences in Sour Diesel compared to Tangerine Dream. You’re no longer burning your food, you’re properly cooking it! This always shocks herb veterans who vape for the first time on a good device. Key word on good device.

Smoking and vaping weed product pretty different effects actually. Some prefer smoking, others vaping. Vaping however, you can get pretty precise control over which temperature you hit it at. Like cooking, lower temperature produces different flavors and effects than smoking.

At different temperature ranges when vaping weed, different cannabinoids and terpenes get released. Lower temperatures are seen as more lightweight and head focused – ideal for going for a run  stoned or staying focused throughout the day. Higher temperatures for destroying a dish of pizza or getting couchlocked.

Being able to control your high really brings on a world of possibilities. Though you won’t get the same effects as smoking itself, you may find yourself adjusting to and preferring vaporizing.

8 – It’s the best for medical users

Vaping weed for medical patients is by far the best way. Edibles can be unreliable and unpredictable while smoking multiple times throughout the day is harmful for your lungs and leaves you smelling like hot-boxed car. Microdosing with cannabis is also an option for medical use.

Many people are also unaware of the ability of cannabis to act as a pain reliever and anti-inflammatory. Surely it’s not as powerful as many prescriptions, but it surely works for lingering pain, stomach cramps, and many other conditions. Try vaping weed next time you have some discomfort, it may help hugely!

Certain vaporizers like the Storz & Bickel Mighty have dosing capsules which can be prefilled and brought on the go in a small storage container. You’re able to pop in a new capsule within seconds and have a session whenever you please. Very convenient!

And there concludes the list of smoking vs. vaping weed. Surely I’m biased, but for good reason! Nothing wrong with smoking at all, but you’ll get a lot more bang for your buck when vaping weed instead.

Psychedelics Use and Feelings of Oneness with Nature

How Do Dry Herb Vaporizers Work