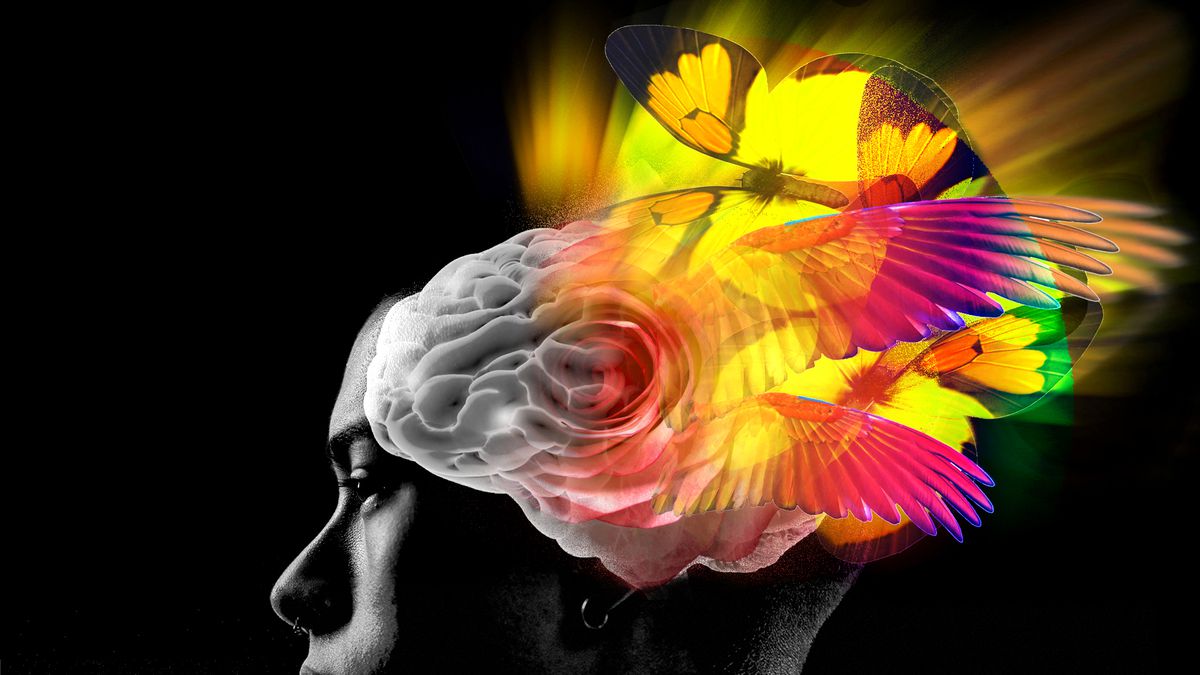 Researchers are working diligently to offer clear and conclusive information about cannabis and psychedelics consumption. Did you know that marijuana is classified as a mild psychedelic drug? Cannabis tends to alter your thinking and perception about the world around you.  Smoking cannabis will also have a sedative impact on your body.  Therefore, upon its consumption, users typically feel more relaxed.

Other psychedelic drugs such as LSD tend to produce a mildly stimulating effect on your body.

A ”psychedelic drug” is a term that was coined by Timothy Leary, a controversial psychologist in the 1960s. He created a five-tier system that would help you unravel their intensity.  Under his metric, Marijuana places the user at level one.  However, a higher dose may propel you to level 2. This is a level that you will find yourself when you consume low doses of LSD and mushrooms.

Research on Psychedelics Use

Let’s shift gears to what researchers have discovered about psychedelics use. You may have read in a newspaper or social media about psychedelic users who have gone ahead to talk to trees. These are things that can happen.  You may just find yourself feeling a little closer to nature after using psychedelics. Doesn’t really seem like such a bad situation, really. This is because according to recently published research, scientists confirmed that there is a likelihood of psychedelics users environmental or nature connection and consciousnesses.

For more than 5000 years, ritual psychedelic substance use has been prevalent among major religions. Generally, culture and religions that place an emphasis on worshiping animals or nature are likely to use psychedelic substances. According to research carried out by Matthias Forstmann and Christina Sagioglou, use of psychedelic drugs cultivates and promotes eco-friendly behaviors.

To support their argument they surveyed 1,487 people on their past drug use, relationship to nature and personal traits. Do you want to know what they found out? A good number of the sample members reported to have enjoyed nature and considered themselves as part of nature. Also, the researchers unraveled no connection between personality traits and this psychedelic effect.

People who had consumed other recreational drugs such as alcohol and stimulants did not report the same connection with nature.  As a result of this psychedelic feeling, the sample members reported having skewed their day to day activities to pro-environmental behaviors. Some of these activities include; recycling and purchasing environmentally friendly products.

That’s not all, a few months ago another article was published in the International Journal of Environmental Research and Public Health supporting this thesis. The researchers sampled 654 people who were looking forward to consuming psychedelic substances. After identifying them, sample members were invited by Imperial College London’s Center for Psychedelic Research.

We know you have come across movies where characters are talking to trees after taking psychedelic drugs. For example, movies like Six Feet Under and The Trip. This also confirms that there exists a relationship between nature and psychedelic substances.

Consequences of Psychedelic Use

As you may know, a lot of environmental movements were founded around the 1960s. The emergence of these movements could be as a result of psychedelic drugs consumption.  Unfortunately, this theory lacked support after the criminalization of LSD.

This revelation comes at a good time when nations are legalizing marijuana. It seems we will achieve a couple of things following the new findings. In the USA for example, the government is under pressure to decriminalize the use of psychedelic substances. Decriminalize Nature, the lobby group behind the Oakland campaign, seeks to spread this kind of message to over 100 cities.

Having seen the positive impact of psychedelic use, do not shy away from joining such campaigns and fight for their decriminalization. In some cases, psychedelics have even been included in 2020 presidential campaigns. One Democratic contender, Andrew Yang, proposes to make psilocybin mushrooms freely available, especially to war veterans.

Maybe feeling a little closer to nature could do us all a lot of good. Global warming has become a global challenge. It feels like the right time for countries to stop criminalizing cannabis and other psychedelic substances. Maybe even to save the planet? Countries need to address the issue from different angles, and maybe advocating psychedelic substances use is one of them. Sound far-fetched? Maybe for now but you never know what researchers have up their sleeves.

Though a lot remains to be done for a us to go full throttle on psychedelics, the new findings are promising. Who could have thought things would take this twist? As Americans push for decriminalization of psychedelics, researchers are working to unravel the mysteries behind these substances. Apart from cannabis which has taken the center stage in recent years, more substances are making their entry into the debate. It is no longer predictable what we could legalize or decriminalize over time. But extensive research is the best cure to the confusion that has overtaken the drug industry.

How to Smoke a Joint the Right Way