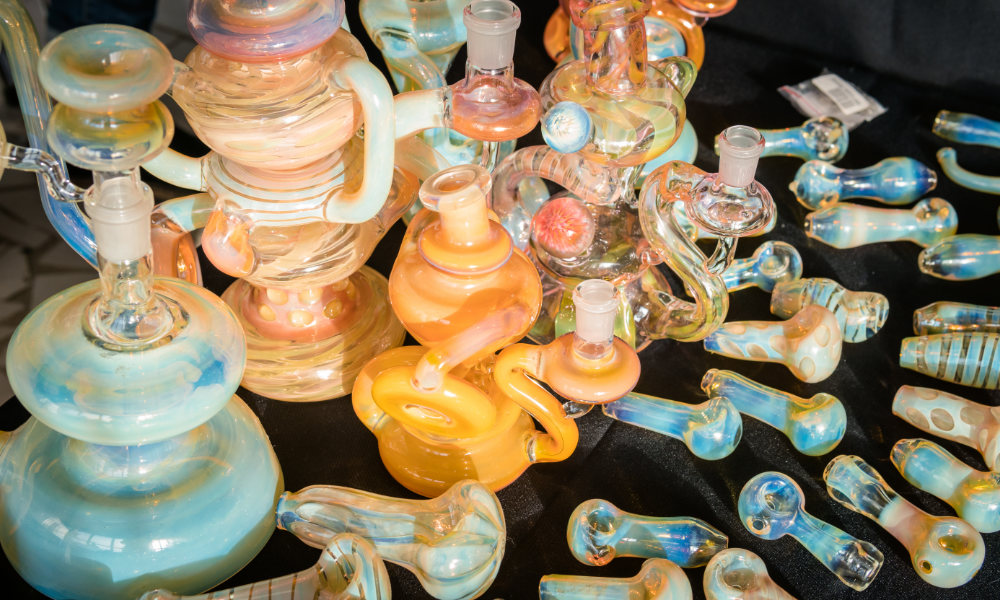 Come on, you don’t have to buy a new bong or pipe once it’s dirty. Jordan Robinson from Kamloops, BC has come up with a solution to save you the pain of throwing away your aging bong. If you look at most cannabis smoking devices, the most predominant con is difficulty in cleaning. But Bongdromat is changing this!

Here is a scenario from Grassicity that most stoners can identify with: I’ve tried everything and can’t get my bong clean. Rubbing alcohol and salt, boiling water, simple green… After soaking it for hours in alcohol and making no progress I went out and bought some simple green, I left it in the bong for about 12 hours and it did nothing. I got a screw driver and scraped some resin out and it’s so compressed that it’s rock hard and just breaks off in flakes.

Jordan’s idea was birthed out of his experience working in a smoke shop (Lemonade Stand) for four years. During that period, he realized how people kept buying new bongs and pipes instead of simply cleaning the ones they had. Out of this observation, the idea of helping stoners save on new purchases at a lower cost came to mind.

What about Bongdromat? The name is somehow an accident because it did not stick after hours of research or family and friends engagement. While working at Lemonade Stand, Jordan shared his idea with one of the clients. The client told him it was a pretty cool idea but just wondered what the name would be for such a venture. Just off the top of his mind, Robinson said Bongdromat. The client could not help but burst into laughter and out of it Jordan had found a name.

When a bong gets clogged with weed resin, most users throw them away. But how much would you save if you could get your accessory cleaned to its new state?

The stench that comes from dirty, resin-caked smoking accessories is not something which many can stand. But Jordan has introduced Bongdromat that cleans your smoking appliances and reinstates their initial lustre. With a charge of only $20 per accessory, it is easy to enjoy the freshness of your pipe. Compared to buying a new apparatus, the idea of having Jordan clean your pipe is far more economical.

Currently, Robinson is undertaking his cleaning services remotely. But he notes that plans are underway to open a physical business location. Definitely this will make the idea more widespread and increase his credibility.

Robinson does not just clean your bong but also uses environmentally-friendly compounds to undertake the process. Orange chronic (isopropyl-alcohol-based cleaner) gives immediate results without scrubbing your accessory. The process is easy and fast and you get to enjoy each draw that you take.

One would ask, why would someone take their pipe to Robinson instead of doing it at home? During an interview with CBC News, he had this to say, “A lot of people just hate cleaning it because it stinks”. Just like you can still do your laundry at home but opt to take them to a laundromat, Bongdromat operates the same way.

A clean pipe plays a vital role in taking care of your respiratory health. After taking a draw, you inhale the substance. This calls for a clean gadget for freshness as well as health.

Currently, Robinson is focusing on serving local tokers. But there are people who seem interested beyond his location. Some clients are even requesting to mail their cannabis apparatus for cleaning.

“So I am now, as of today, in the process of setting up a mail-order washing process… even if you’re kind of far away, you can still get your favorite piece cleaned”, stated Robinson after receiving an email from a potential client from Vancouver as Infotel reports.

Robinson also has his aspirations as he states, “I imagine having a small storefront, just enough that I can get a sink and enough space to store all the ones that need cleaning, a little counter and a drop off and pick up idea, a nice big sign all that fun stuff, maybe even self-wash space and in the distant future I hope to expand this thing and get into a Canada wide, just have this service all over.”

Robinson sources his cleaning agent from his dad’s painting store. He vows to stick by Orange Chronic because it does not have any side effects. In an era when there are a lot of concerns about certain vapes, people are cautious about what they inhale and expose their smoking apparatus to.

When you are the pacesetter in an industry, you have the privilege of setting the rates. Robinson does not go for exorbitant rates or for very low rates. His average price is $20 per bong with highs of $45 and lows of $15. However, he notes that some exceptional cases may call for additional charges. Which factors does Robinson check to determine the cleaning charges:

Robinson says he wanted to do his business in the marijuana industry but not be directly involved in derivatives of cannabis. He knew out of the crevices of the industry he could get something going. After starting Bongdromat, Robinson is receiving new clients every day.

The cannabis industry is diverse and some ideas have not crossed our minds yet. Who could have thought about Bongdromat? Of course, Robinson. But what I mean is, the industry has a lot of untapped potential in the future. In 2020, we are likely to see more inventions and innovations in cannabis industry.

How to Smoke a Joint the Right Way