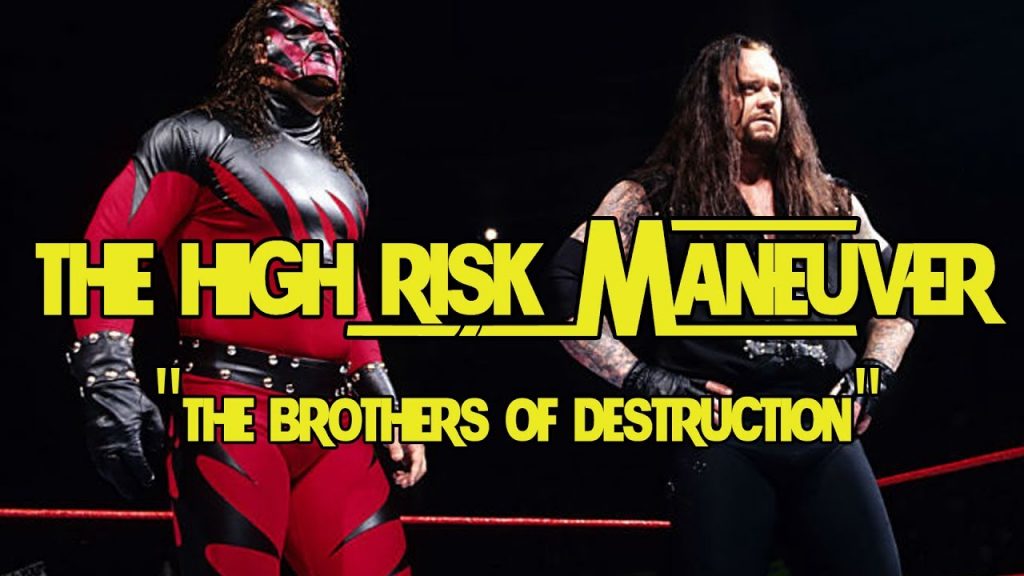 Kane and The Undertaker, also known as The Brothers Of Destruction, formed one of the most dominant and terrorizing duos in pro wrestling history.

The Brothers Of Destruction, comprised of Kane and The Undertaker, were one of the most devastatingly dominant duos in pro wrestling history. However, the way they came to be was a pretty unique story in it’s own right.

The Undertaker debuted in the WWF in 1991 and made an immediate huge impact. He was a main event performer from the minute her stepped into the ring and dominated the federation throughout the 1990’s. By 1997, now at the top of his game and going stronger than ever, a tricky little caveat was introduced. Paul Bearer, the Undertaker’s ex-manager and creepy little penguin-looking man who used to carry Taker’s urn to the ring, came out with a major announcement. Apparently, the Undertaker had a younger brother! There was another demon spawn!

According to Bearer, a young Taker was playing with fire and had burned down his family’s funeral parlour, killing his parents and brother in the process. Only his brother didn’t die, he was simply burnt pretty bad and then thrown into an insane asylum for the past couple decades. Now he’s back and ready to confront his big brother who almost killed him!

Undertaker couldn’t believe it, but flash forward to a championship Hell In A Cell match between Taker and Shawn Michaels, and out came Kane!!!! He beat up Taker and cost him the match, leading to a Michaels victory. Taker refused to fight his brother, but Kane was persistent and kept attacking him until finally Undertaker agreed to face off against his evil brother at Wrestlemania.

In the epic showdown of these two mega giants, it was Undertaker who came out with the victory, thus putting his bro in his place and extending his Wrestlemania winning streak in the process.

After their showdown, Kane ended up turning on his one-time leader Paul Bearer and the brother teamed up to wreck havoc on the WWF. They were dubbed The Brothers Of Destruction, a fitting name considering how destructive and dominant they were.