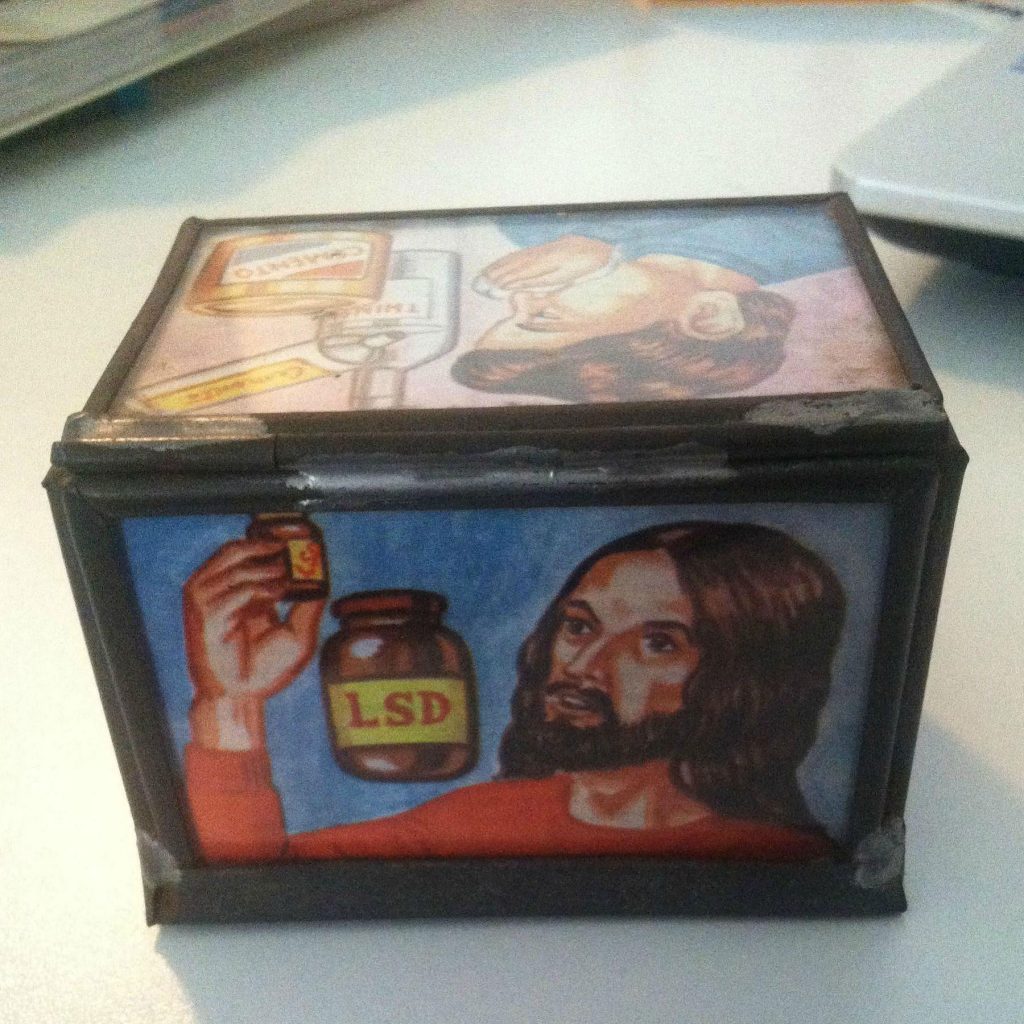 Most cannabis enthusiasts have a special container in their life. It’s a container that holds many things very near and dear to their heart. Papers, grinders, filters and more, a stoner’s stash box can tell you a lot about the owner. Is it big? Small? Dirty? Clean? Organized? Or messy? What about the story behind it?

In a Stash Story, we try to reveal the personal touches to choosing a place to store your herb. Your stash box could be a gift, a discovery, or an epiphany. But we want to see it!

“This is by far the most meaningful stash box I’ve ever had.

I’m 24 and recently had a really good and open conversation with my dad about marijuana. All of the talk about legalization opened up the floodgates and what was always so taboo, has become okay to bring up in casual conversation. He definitely wasn’t surprised to hear that I spent most of my college days a bit baked. He would have been way more aggravated had I not just graduated with a 3.7 GPA (#humblebrag). What DID come as a surprise to ME, was his admission to smoking weed throughout high school, college and even into his professional life. My dad is the most straight-edge conservative so ya, this came as a huge surprise.

He could tell that I was shocked because I was speechless and I’m rarely speechless. He relished the moment by unleashing a barrage of uncontrollable evil laughter, which was both amusing and terrifying. Think John Lithgow’s character on season 4 of Dexter. Once he composed himself, he told me that he had something for me. Something that he bought in Mexico back in the early 90’s that he insisted I take off his hands.

Once dinner was done, my mom and sisters headed to the family room for some Jeopardy because they all have an unhealthy crush on Trebek and an obsession with all things trivia. So my dad takes me to his office downstairs and hands me this little box. As my eyes locked in on stoned Jesus, he explained that this little cube was used as his stash box for a little while. Apparently it freaked my mom out (wonder why?!), which explained why it was exiled to his office. Not many wives would be fond of underage drinking and Jesus on an LSD trip, so I get it.
This extremely bizarre little stash box is awesome. Most of us shed stash boxes like a snake sheds its skin, but I have a feeling that I’ll be hanging onto this one for a while. So weird yet so great.”