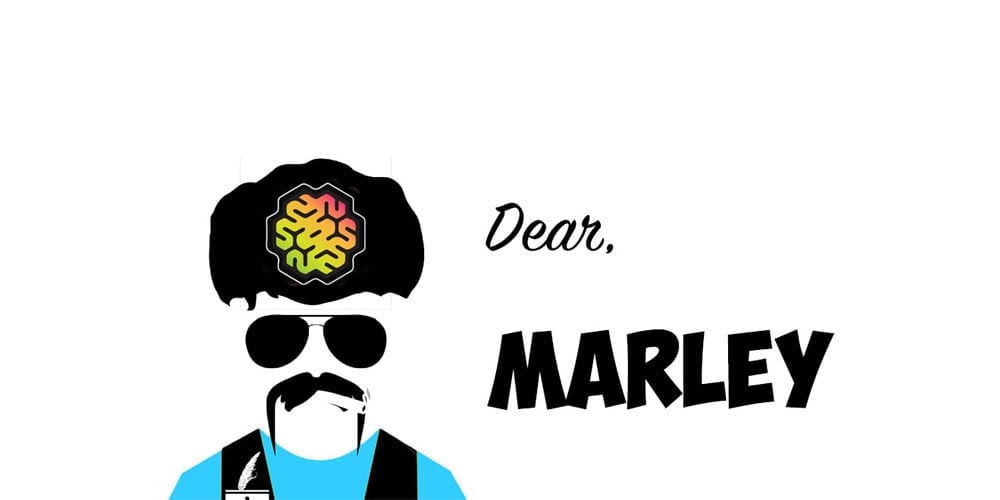 Hi Marley – Does marijuana make you more creative? I have a basic premise for my si-fi book but I’m having a hard time getting things off the ground. I’m thinking marijuana may help fuel the creative process but I’m not sure if that’s just a myth.

Does Marijuana Make You More Creative?

With marijuana set to become legal in Canada, I’m seriously considering smoking up for the first time. Does marijuana make you creative? And yes, I mean it – I’ve NEVER smoked marijuana before. I was always the guy who said “No thanks, I’m naturally high!” Please don’t roast me for this, I can admit that I was the worst and if time travel were a thing, I’d use the technology to go back and slap myself over the head each time those words came out of my mouth. I never turned it down because of disapproval of the plant or anything like that, I’m just the kinda guy to obey the law, even when the laws don’t make total sense. The thought of being inside of a prison makes my legs shake in the worst of ways. Now that the prohibition era is set to close in Canada, I’m game to smoke marijuana but only under the right circumstances.

I’ve always been a big sci-fi fan and it’s been a life-long dream of mine to write a book of my own one day. Now that I have some free time in my schedule, there has never been a better time to get started than now! One problem…

I just don’t know where to start and I think marijuana might be the answer. Does marijuana make you more creative?

Is it really true?

Some friends of mine who work in creative fields say they can’t work optimally WITHOUT smoking marijuana before. I know they’re exaggerating a little, but they say it with conviction. They claim that marijuana helps them access certain parts of their brains that are normally under a lock and key. I guess they see the green as the key?

Getting started on this book is a top priority for me right now and if smoking marijuana will help with the process, then I’m 100% down. What’s your take on this? Looking forward to hearing what you have to say.

Oh and thanks for everything! I’ve been concerned about what you wrote about last week for quite some time – glad you were able to help me better understand!

You’re in luck, because I have an answer for you. And that answer is… what was the question again? I’m currently at an [8]. Ah yes, does marijuana make you more creative. You’re not the first person to ask me this very same question. She was a travel writer for a major publication and on a work trip to Amsterdam, she ate some edibles and found herself still very much high when it was time to write and submit her piece. Her editor ended up loving it and she was able to say that the edibles did in fact help her writing. Yes, it helped her in that particular scenario, but like a lot of things related to smoking marijuana, it’s really a case by case basis. Will it help with your book? Maybe. Here are some things to consider.

Does Marijuana Make You More Creative?

Does Marijuana Make You More Creative, or Do Creative People Happen To Smoke Marijuana?

This is an argument that has legs. And an arm. I don’t even know what that means. Does marijuana make you more creative? Well… You can say that those who have creative minds tend to be more open-minded when it comes to marijuana. Or maybe that’ just too simple of a thought process. I should probably hit my bong again.

According to some neurologists who have conducted research in the field, the answer lies within the frontal lobe of the brain. One doctor at Massachusetts General Hospital specialized in deep brain stimulation and effects relating to creativity. She believe she has found the answer. It so happens that highly (pun intended?) creative people have way more activity in the frontal lobe than individuals who find themselves on the lower end of the creative spectrum. And wait – are you sitting for this? According to, ahem, science, marijuana is known to stimulate that part of the brain. This has led doctors to believe that there is indeed a connection between marijuana and creativity. But like I mentioned above, you have to ask what comes first, the chicken or the egg?

Marijuana can give you confidence in your abilities. Sometimes creativity is stifled only by your own critical self. When marijuana is in play, your brain may shut the door on self-doubt, which leads to the unlocking of a unique flow where you feel that nothing can stop you. You’d have to talk to a psychologist (I can refer you to mine) for a more professional and definitive answer to this.

When discussing whether or not marijuana can make you more creative, one more thing to consider is how it can sometimes turn your brain into a pinball machine. When you’re not high, going from thought to thought is typically a calculated process with traffic lights and other road signs to keep everything tidy. Marijuana removes these signs, allowing your brain to quickly bounce from idea to idea, which in turn may take you to places you otherwise wouldn’t get to go.

Does marijuana make you more creative? I’d say so.

Get a friend to roll you a nice sativa dominant hybrid and get your fingers loose, because that sci-fi novel of yours is about to get real.